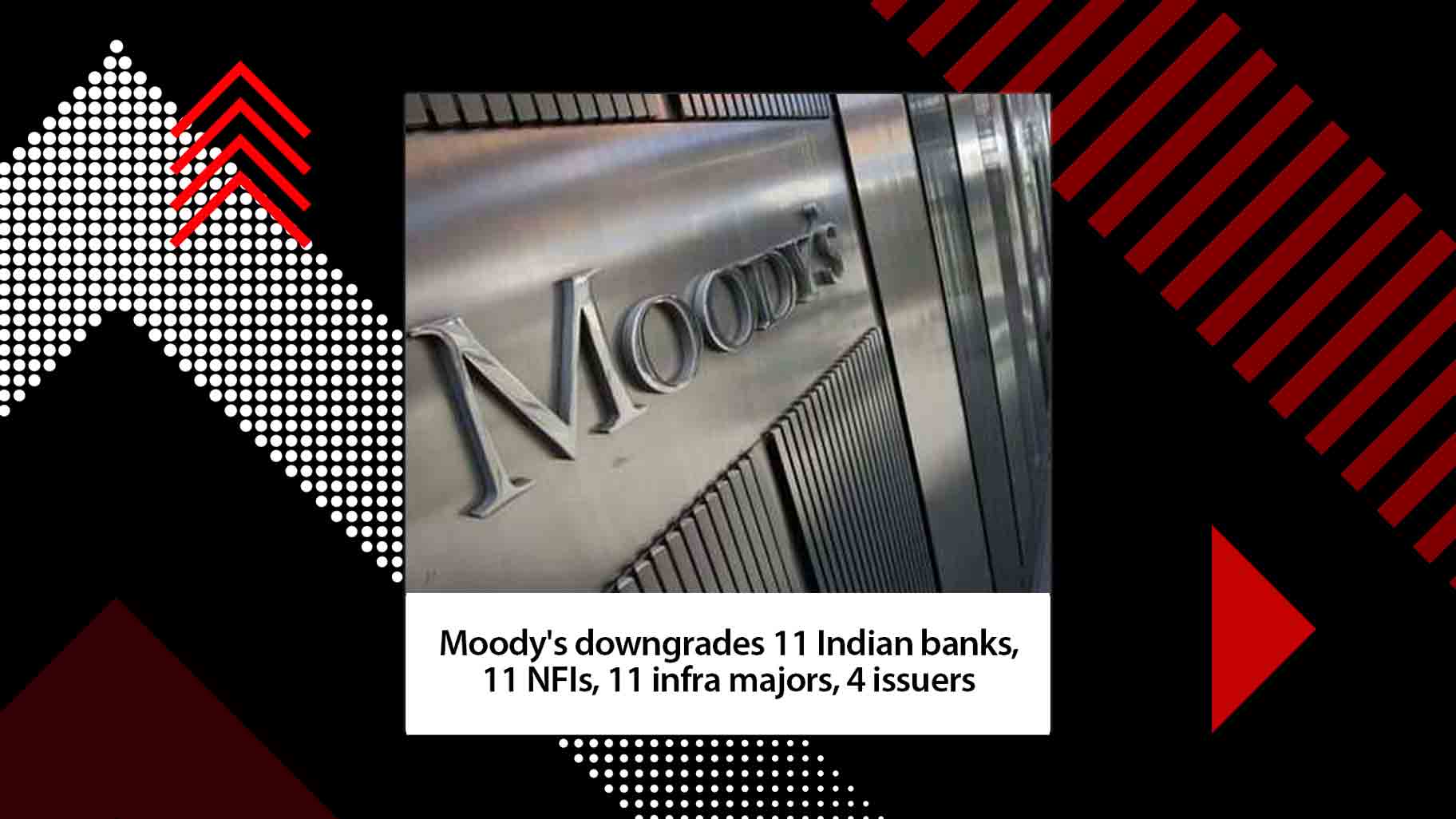 The country’s credit rating was downgraded to Baa3 from Baa2, according to a statement.

Seven other domestic banks saw either their rating or their outlook being negatively revised by Moody’s on Tuesday.

“The rapid and widening spread of the coronavirus outbreak, volatile oil prices and asset price declines are creating a severe and extensive credit shock across many sectors, regions and markets. The Indian banking sector has been affected given the disruptions to India’s economic activity from the coronavirus outbreak, which is weakening borrowers’ credit profiles,” said Moody’s.

On Monday, India’s sovereign credit rating was cut by a notch to the lowest investment grade with negative outlook by Moody’s Investors Service, which cited growing risks that Asia’s third-largest economy will face a prolonged period of slower growth amid rising debt and persistent stress in parts of the financial system.

The country’s credit rating was downgraded to Baa3 from Baa2, according to a statement.

On Tuesday, Moody’s said disruptions from the coronavirus outbreak will worsen the economic slowdown in India that has been underway in the past year and will accelerate a deterioration in the banks’ asset quality and profitability.

The rating agency stated that the stimulus measures announced by the Indian government and the RBI will only help mitigate some of the credit pressures.

“The longer and broader the economic slowdown, the more these banks will face asset quality and profitability issues. At the same time, heightened liquidity stress at non-bank financial institutions will pose a risk to the stability of the broad financial system, given banks’ large direct exposures to these entities,” said Moody’s, adding that it expects the standalone credit profiles of most state-run banks to deteriorate.

Also, in the absence of external capital support from the Indian government, Moody’s expects the capitalization of the PSBs to deteriorate.

In Moody’s opinion, the state-run banks’ asset quality and profitability will also deteriorate due to rising loan delinquencies and defaults due to the coronavirus outbreak, which will result in an increase in credit costs.

However, most private sector banks have better loss absorbing capacity than their state-run peers because of stronger capitalization and loan loss reserves.

Moody’s maintains the rating outlooks of the three banks as negative.

Moody’s said the downgrades of HDFC Bank and SBI echo the sovereign rating of India since the rating agency assumes that the two banks will receive government support in times of need.

“HDFC Bank and SBI’s ratings are unlikely to be upgraded in the next 12-18 months. Nevertheless, the rating outlook could be changed to stable if India’s rating outlook is stabilized,” said Moody’s.

Alongside, Moody’s has placed the “Baa3″ long-term local and foreign currency deposit ratings of Bank of Baroda, BOI, Canara Bank and UBI and their baseline credit assessment rating of “Ba3″ under a review for downgrade.

The review for downgrade reflects Moody’s expectation that the forward-looking improvements to these three bank’s credit profiles will be more difficult in the current environment, said the rating agency.

Private lender IndusInd Bank’s long-term local and foreign currency deposit ratings too have been downgraded to “Ba1″ from Baa3 and its baseline credit assessment rating to ba2 from ba1.

Moody’s has also put its rating outlook as negative for IndusInd Bank.

The rating outlook of Punjab National Bank too has been downwardly revised to stable from positive by Moody’s, while the state-run lender’s long-term local and foreign currency deposit ratings at Ba1 has been affirmed.

Only in the case of Central Bank of India and Indian Overseas Bank, the rating agency has affirmed their long-term local and foreign currency deposit ratings at Ba2, while maintaining their rating outlook as stable.

In the case of CBI and IOB, Moody’s expects the asset quality and profitability pressures due to the coronavirus outbreak will be largely mitigated by the improvements in the banks’ credit profile over the past year.