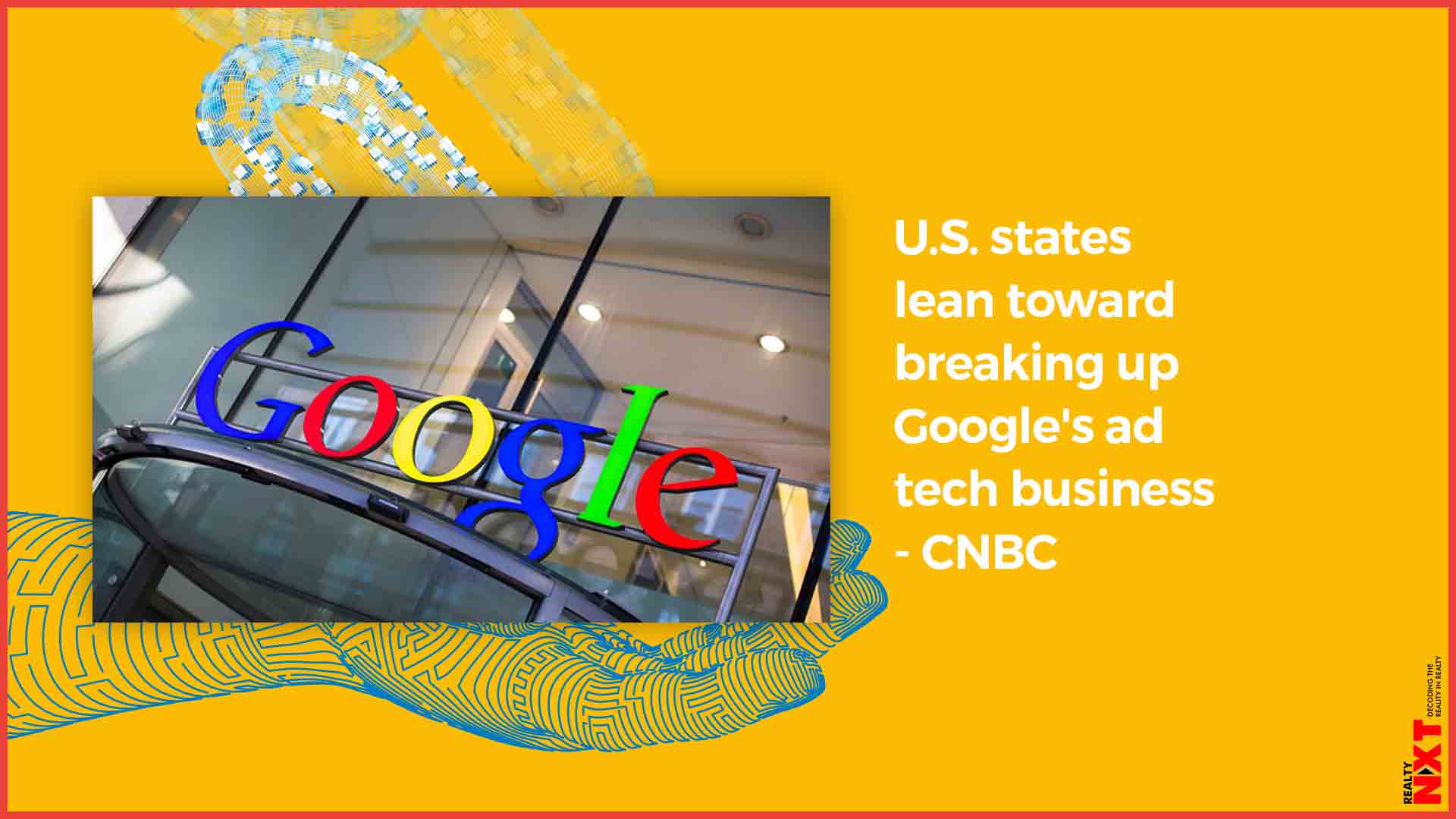 The U.S. state attorneys general investigating Alphabet Inc’s (GOOGL.O) Google for potential antitrust violations are leaning toward pushing for a breakup of its ad technology business as part of an expected suit, CNBC reported on Friday, citing sources.

The Justice Department and nearly all state attorneys general have opened investigations into allegations that Google has broken antitrust laws. The federal probe focuses on search bias, advertising and management of Google’s Android operating system.

“We don’t have any updates or comments on speculation. The facts are clear: Our digital advertising products compete across a crowded industry with hundreds of rivals and technologies, and have helped lower costs for advertisers and consumers,” Tarallo said.

Reuters and others reported in mid-May that state attorneys general led by Texas were likely to file an antitrust lawsuit against Google later this year. The Justice Department is also moving toward bringing a case as soon as this summer, The Wall Street Journal reported then.

Google on Thursday announced several leadership changes, including expanding senior vice president Prabhakar Raghavan’s oversight to search engineering in addition to development of the company’s ads systems. Several antitrust complaints against Google center on the company’s promotion of its own services in the search engine, and how it charges for search ads. In his expanded role, Raghavan can control the entire canvas of Google’s search engine, including organic results and ads.

Google, Facebook Inc (FB.O), Amazon.com Inc (AMZN.O) and Apple Inc (AAPL.O) are under a series of probes into allegations that the tech behemoths use their clout to unfairly defend their market share.

The federal probe of Google focuses on search, advertising and management of its Android operating system.