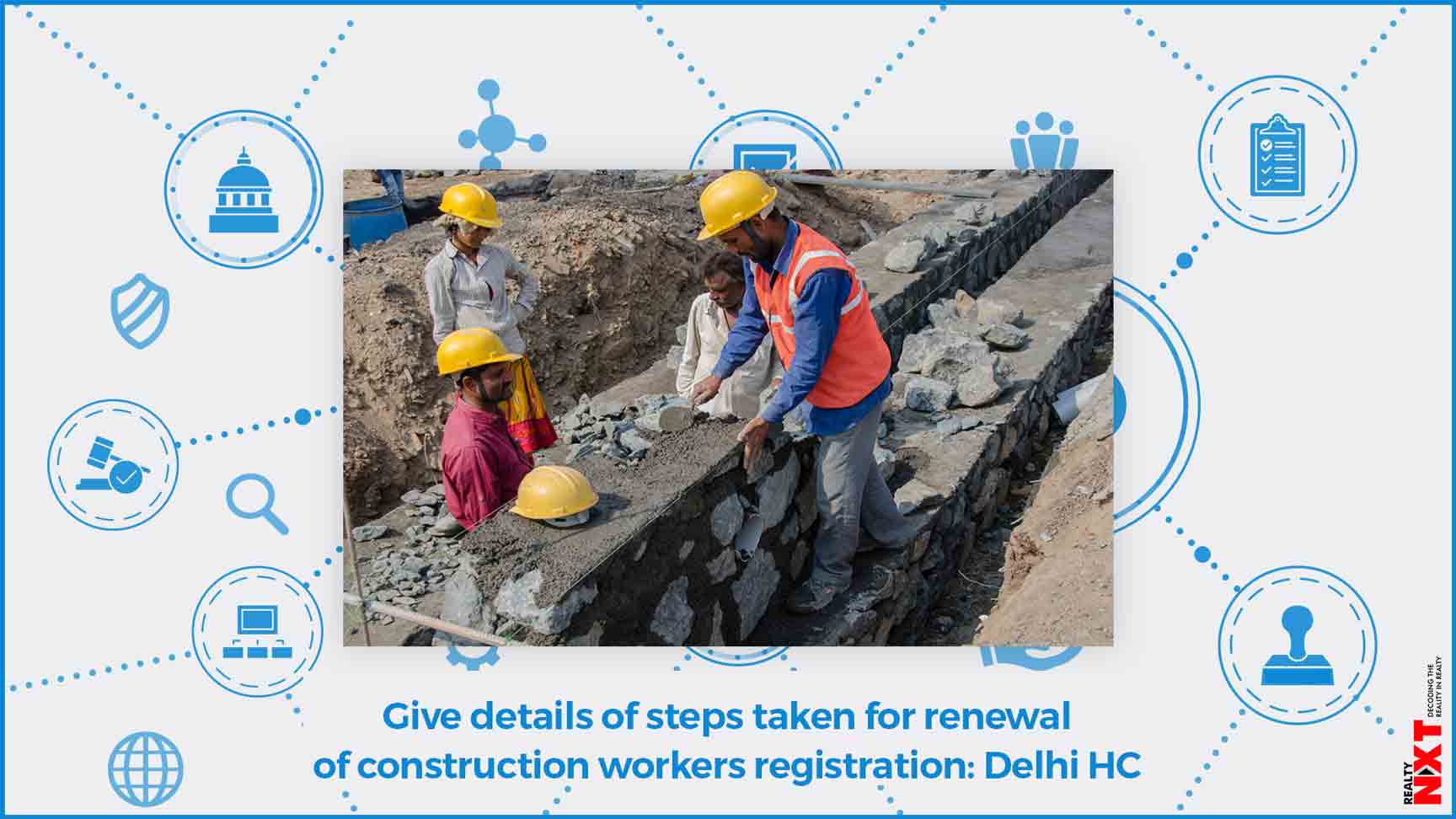 The Board was also asked to indicate status of the workers who have been able to file their applications for renewal and have appeared before it for physical verification.

The Delhi High Court on Friday directed the AAP government to give details of steps taken pursuant to its direction for renewal of about five lakh construction workers’ registration. A bench of Justices Vipin Sanghi and Rajnish Bhatnagar asked the Delhi government’s Building and Other Construction Workers Welfare (BOCWW) Board to place before it the status regarding the steps taken.

The Board was also asked to indicate status of the workers who have been able to file their applications for renewal and have appeared before it for physical verification.

The high court gave the Board six working days time to file an affidavit containing details sought by it.

The Board was also directed to file a copy of the online form required to be filed by construction workers for registration or renewal of the same. The directions came during hearing of a PIL by social activist Sunil Kumar Aledia seeking registration of all construction workers here under the BOCWW Act so that they can get the benefit of the relief package of Rs 5,000 per month being provided to each labourer during the lockdown.

Delhi government additional standing counsel Sanjoy Ghose and advocate Urvi Mohan, appearing for the Board, told the court that in terms of its last order SMS were sent to about 46,000 workers.

Ghose also told the bench that about 17,000 applications for renewal were received between May 15 to June 2 and they are being processed.

He said physical verification of each applicant was necessary to ensure that the application was genuine and deserving.

Trehan also told the bench that the physical counters for receiving applications has been shut since the lockdown and have not been opened despite the restrictions being substantially lifted and all government offices becoming functional.

Noting the contention, the bench said, “We fail to see any reason why the physical counter should not be opened by the Board for receiving applications for registration and renewal in these circumstances.”

The high court directed the Board to examine this aspect as well and listed the matter for further hearing on June 16.

Aledia in his plea has contended that only a small section out of the over 10 lakh workers in the city are registered under the laws regulating their welfare and service conditions and thus, a huge chunk of the labourers are not getting benefits actually meant for them.

He has also contended that despite collection of over Rs 2,000 crore under the Building and Other Construction Workers Welfare Cess Act in the names of lakhs of workers, only around 37,127 construction labourers who are registered are getting the benefits.

The petition has claimed that there has been gross under-registration of construction workers in the national capital since 2015.

The petition has further contended that the lockdown has led to work and wages being denied to the labourers and the relief granted by governments, through direct benefit transfers or orders to pay wages, are not available to those not registered.

It has also said that due to lack of responsibility by employers, governments, and concerned departments, these workers have been left to fend for themselves and also deprived of the mandated benefit of crores of funds collected in their names.

The Board had earlier told the court that it had disbursed Rs 19.8 crore to 39,600 workers registered with it as relief package during the COVID-19 lockdown.

It had also said that it has provided old age pension of Rs 3,000 per month to retired construction workers.

However, the relief has been provided only to the workers registered under the BOCWW Act as mandated under the statute and rules framed thereunder, it had said.