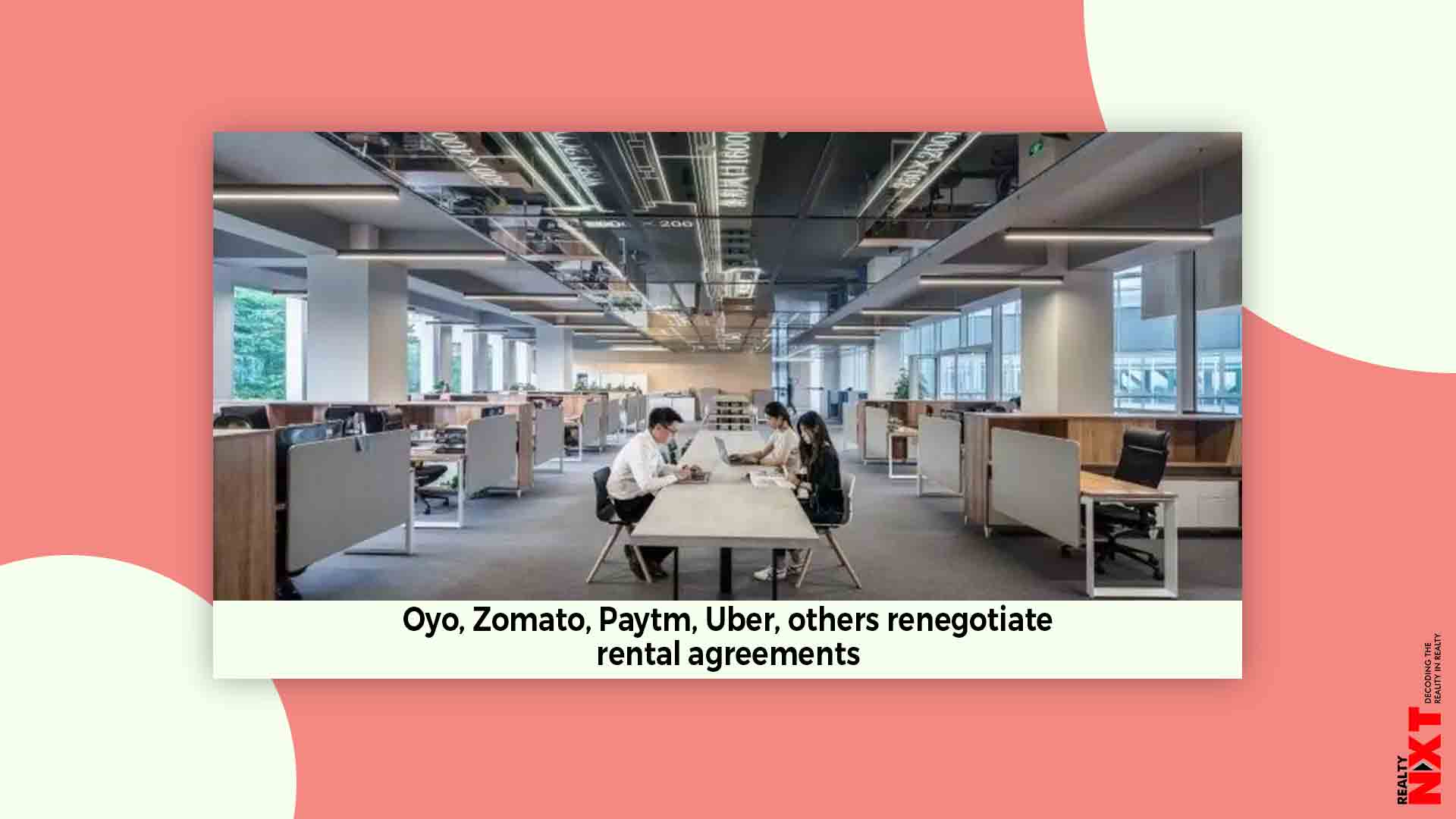 These companies are also toying with the idea of giving up a floor, consolidating offices, and shutting down regional divisions, among other measures, to reduce long-term fixed asset costs.

Facing severe business loss due to the nationwide lockdown, top ride-hailing, food delivery and hospitality companies, as well as mid-stage startups, are renegotiating real estate deals, in a bid to slash costs by as much as a third, company executives and real estate developers.

Oyo, Paytm, Ola, Swiggy, Zomato, Uber, among others, have reached out to builders to renegotiate pan-India rental agreements, renewal clauses and rent escalations, they said.

These companies are also toying with the idea of giving up a floor, consolidating offices, and shutting down regional divisions, among other measures, to reduce long-term fixed asset costs.

“Covid-19 has impacted the usage of commercial real estate….We are no exception. Flexible coworking plus work from home is the model for the future, at least in short to medium term,” an Oyo Spokesperson said, confirming that the real estate major was in talks with landlords across the country to arrive at mutually agreeable terms. These conversations are also under way at a clutch of growth-stage businesses that have between 50 and 150 people, such as bike rentals firm Bounce, the people said.

“The Covid-19 pandemic has hurt revenues for a lot of startups, who now have to go back and reassess their runway…It is prudent of most CFOs to renegotiate rent and contracts even if they are long term in nature, and most companies have had those discussions with large tech parks and real estate owners,” a senior executive at one of the firms mentioned earlier said.

The final contours of such deals, and if they are successful, will depend on a host of factors, including lock-in periods, key clauses, and the overall financial position of the builder.