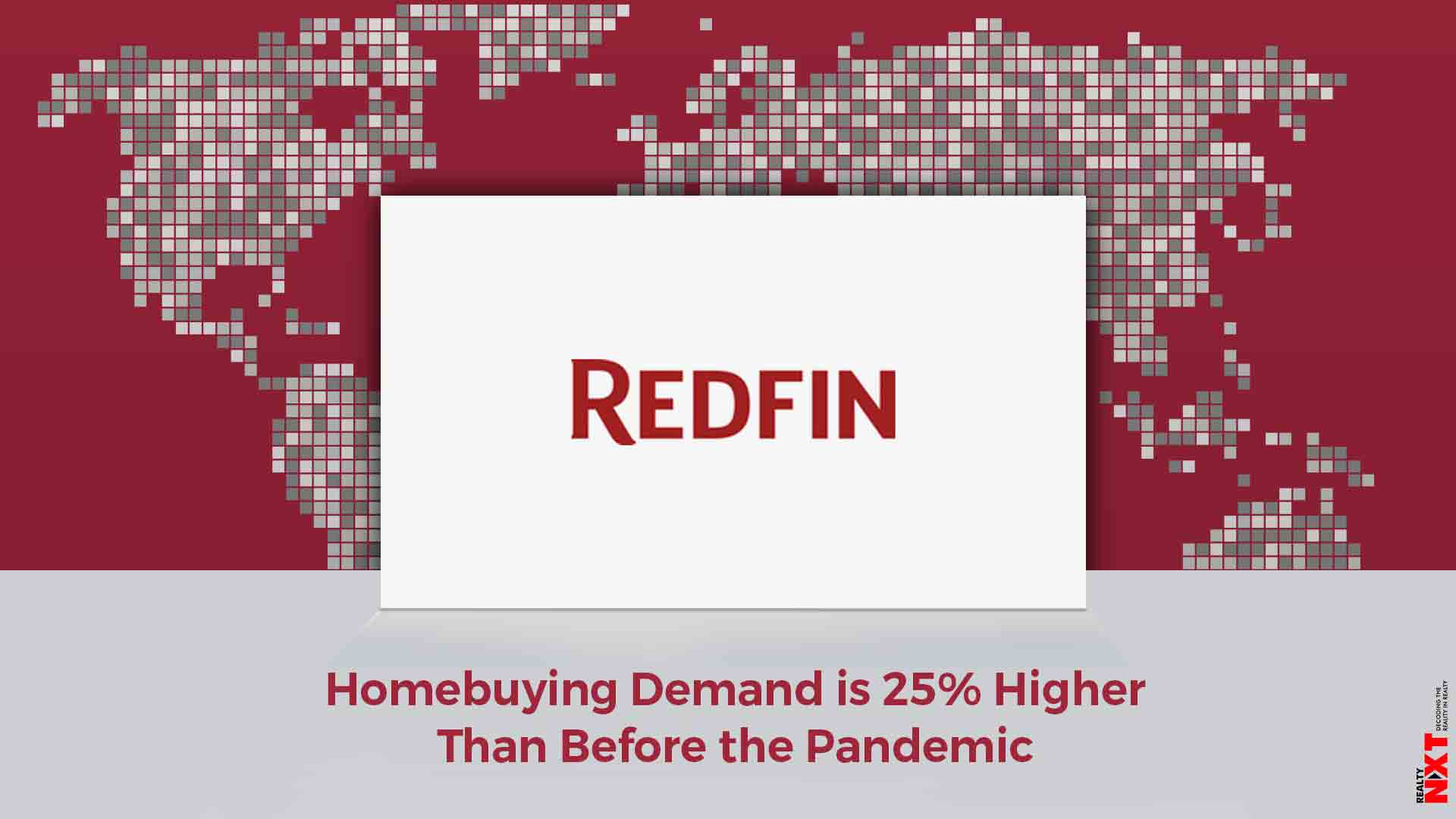 Agents from Seattle to Los Angeles to Philadelphia have been surprised that protests didn’t deter more buyers.

Seasonally adjusted homebuying demand for the week of June 1-7 is now 25% higher than it was pre-pandemic in January and February, according to Redfin’s latest weekly report. This marks the eighth straight week of rising demand.

Lack of inventory continues to constrain home sales, however, sellers are beginning to come back to the market. After falling to 21% below last year’s level the week of May 25-31, new listings last week continued their recovery; last week’s new listings were 15% below last year’s level. With demand surging and supply recovering, Redfin expects sales to strengthen; mortgage purchase applications were up 7% year-over-year in the last week of May and up even more, 13%, in the first week of June.

Buyers Unfazed by Protests and Pandemics
Agents from Seattle to Los Angeles to Philadelphia have been surprised that protests didn’t deter more buyers. “It has been a speed bump,” said Alec Traub, a Los Angeles-based team manager for Redfin. Hazel Shakur, a Redfin Maryland agent, reports that “between the virus and now the protests, folks are not batting an eyelash.” What’s driving demand is low rates and, now, easing credit. According to Sarah Martin, a Redfin mortgage advisor in Washington, D.C., “credit has pretty much loosened up except for self-employed borrowers.”

Sellers Re-Entering Market, Worried About Health Risks
And sellers, always more careful than buyers, are finally responding to increased demand. “A lot of what I’m listing are not new clients, but people I’ve met with over the past few weeks and months,” said Seattle Redfin Agent David Palmer. “I’ll be bringing on double-digit listings in the month of June and expect the same for July. Those people who were looking to get top dollar and wanted to wait to list until they could get the most buyer attention, they can definitely get that now.”

Bidding Wars Common
Until supply catches up to demand, prices will rise. For the week of June 1-7, year-over-year growth in asking prices was up 9.9%, compared to 7.9% the week before, and 3.9% in January and February. Sales prices for the first week of June are up 3.1% year-over-year, an improvement from 1.3% in May, when offers from late March and April were still closing. The percentage of newly listed homes accepting an offer within 14 days of their debut increased from 42% in May to 47% in the first week of June.

People Are On the Move
Many relocating buyers are pursuing the suburbs, or smaller, more affordable cities. “It’s odd, because I’ve got two different sellers moving to Oklahoma, both for jobs,” said Ms. Shakur, the Redfin agent from Maryland. “That big migration we’re all expecting, it’s beginning to happen. People are now moving more to the interior of the country. I also have a lot of clients who are retiring and moving down south to more tax-favorable states.”

It is yet to be seen whether people are mostly moving to the outlying areas of the same city, or to entirely different parts of the country. What is clear is that this latter group of cross-country movers is already increasing in size, albeit only modestly: In April and May of 2020, 27% of Redfin.com users searched outside their metropolitan area, compared to 25% in April and May of 2019.

Redfin predicts that the flexibility to work remotely, combined with low interest rates, will lead to higher levels of homeownership in the U.S., which have mostly been declining since 2004. “With interest rates so low, a lot of people want to buy who are currently renting in the city,” said Redfin Boston Agent Elynn Chen. “They want to go somewhere for more space.”

About Redfin
Redfin (www.redfin.com) is a technology-powered real estate brokerage, combining its own full-service agents with modern technology to redefine real estate in the consumer’s favor. Founded by software engineers, Redfin has the country’s #1 brokerage website and offers a host of online tools to consumers, including the Redfin Estimate, the automated home-value estimate with the industry’s lowest published error rate for listed homes. Homebuyers and sellers enjoy a full-service, technology-powered experience from Redfin real estate agents, while saving thousands in commissions. Redfin serves more than 90 major metro areas across the U.S. and Canada. The company has helped customers buy or sell homes worth more than $115 billion.