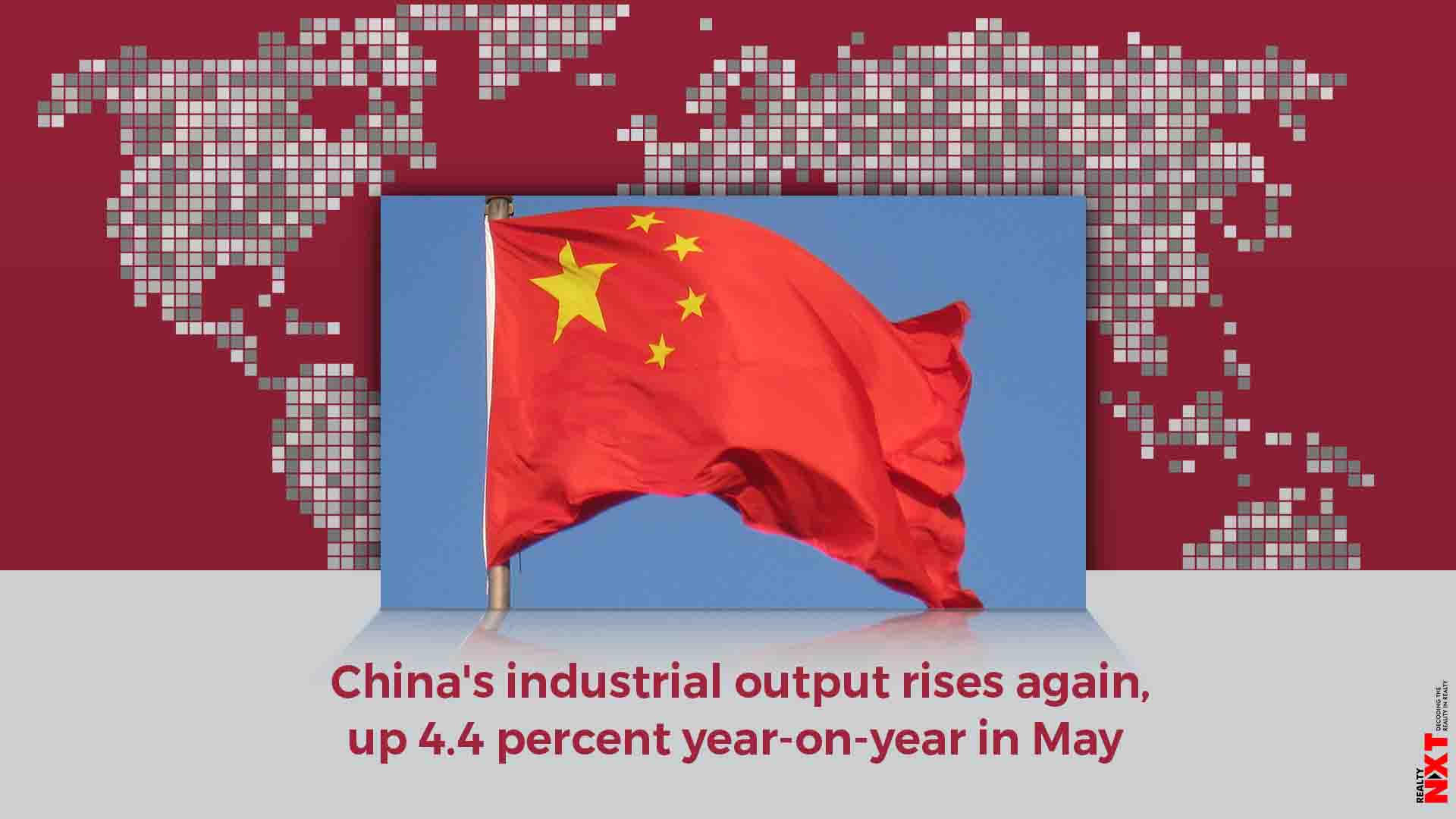 Industrial production had plummeted 13.5 per cent year-on-year in the first two months of 2020 and declined by 1.1 per cent in March before growing by 3.9 per cent in April.

China’s industrial output increased by 4.4 per cent year-on-year in May, its second increase in 2020 after posting a growth of 3.9 per cent in April, figures that suggest a recovery of the country’s economy following the impact of the COVID-19 pandemic.

However, the figure, released by the National Bureau of Statistics (NBS) on Monday, is below analysts’ forecasts, which had pointed to growth of about 5 per cent for May, reports Efe news.

Industrial production had plummeted 13.5 per cent year-on-year in the first two months of 2020 and declined by 1.1 per cent in March before growing by 3.9 per cent in April.

The growth of electricity, heat, gas and water production, which are among the three main categories the indicator is divided into, increased by 3.6 per cent year-on-year in May with a slight rise of 0.2 per cent in April.

In addition, manufacturing grew by 5.2 per cent year-on-year in May against the 5 per cent growth of the previous month while mining rose by 1.1 per cent in May from the 0.3 per cent increase in April.

The NBS also compared data from 41 industrial sub-sectors, of which 30 experienced an increase in activity in May compared with the same month in 2019.

Manufacturing of special machinery, computers and other electronic equipment, and vehicles increased year-on-year by 16.4 per cent, 10.8 per cent and 12.2 per cent respectively.

The NBS also released data on other indicators on Monday, including retail sales, an important measure of consumer demand and one of the pillars of the change in the economic model proposed by Beijing.

Retail sales recorded a year-on-year fall of 2.8 per cent in May, an improvement after the higher declines posted in April (-7.5 per cent) and March (-15.8 per cent).

On the other hand, fixed asset investment in the first five months of the year decreased by 6.3 per cent as compared to the 10.3 per cent decline in the indicator between January and April, according to the NBS.

The NBS added that the data released on Monday was positive and showed that demand was continuing to rise and that the national economy was gradually recovering.

However, the agency warned that the stable performance of the Chinese economy still faced many risks and difficulties as the epidemic situation in the world remained serious.