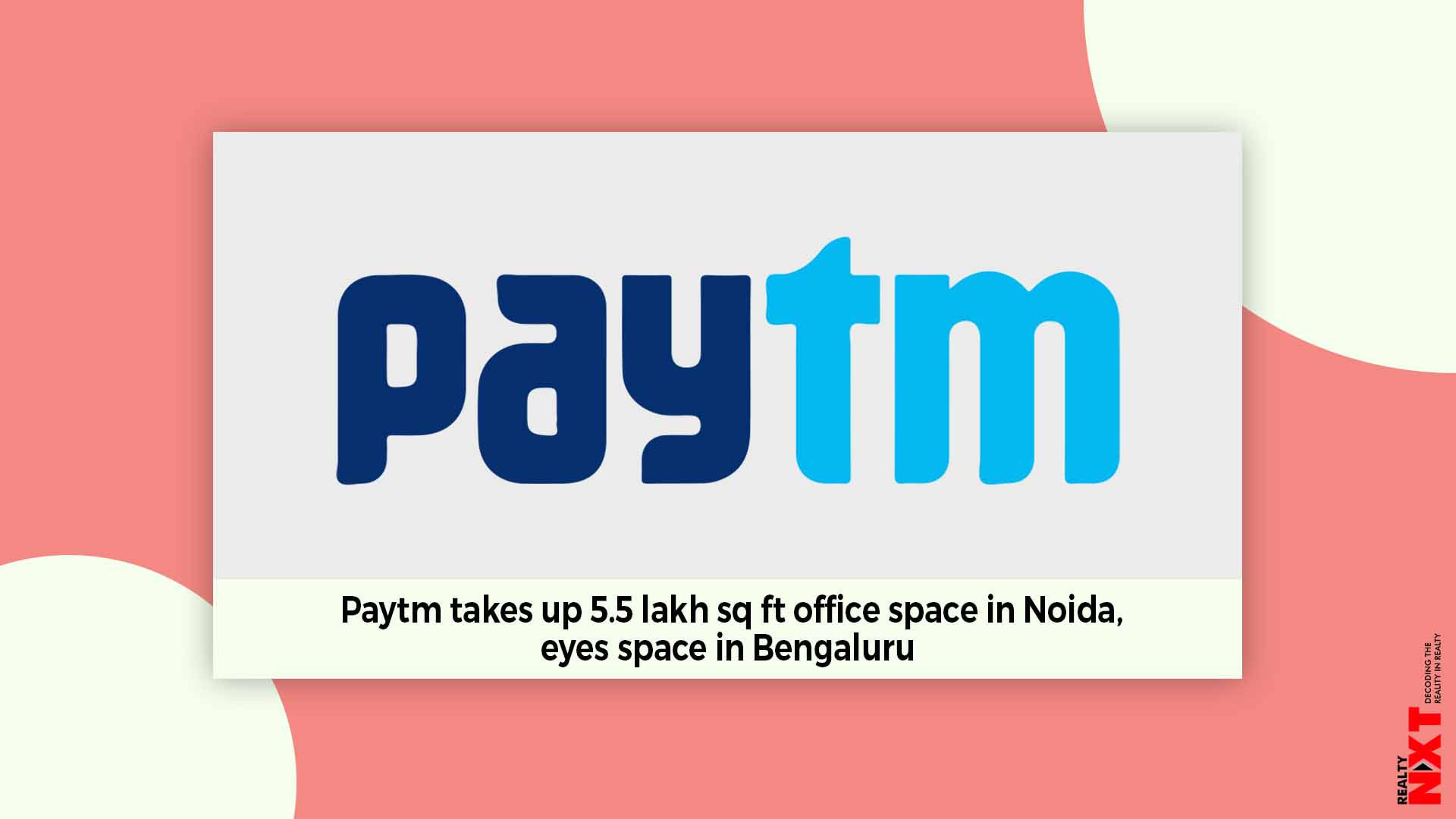 Amid the pandemic, Paytm said it has signed a new office deal to consolidate its workforce in Delhi-NCR by taking up around 5.5 lakh sqft n Noida’s Sector 98.

The annual lease cost for the company would be Rs 70-80 crore. Paytm will house around 5,000 of its staff across two towers in Skymark (earlier known as Lotus Isle) near Noida Expressway, where it will gradually move in December.

Additionally, it is looking to lease another 1.5 lakh sqft in Bengaluru, which will house its e-commerce division (which is shifting from Noida to Bengaluru), mutual fund, and travel businesses. The SoftBank- and Alibaba-backed company had bought a 10-acre land parcel in 2018 in Noida to build its own campus, but that plan has been put on hold for now.

Paytm’s move comes at a time when routine work-from-office arrangements are changing rapidly and only 25-50% of the total workforce of large internet-based startups are expected to come to the office for the rest of the year. Paytm said it is giving up the leases of a total of 19 facilities across the country, out of which 16 are small regional sales offices.