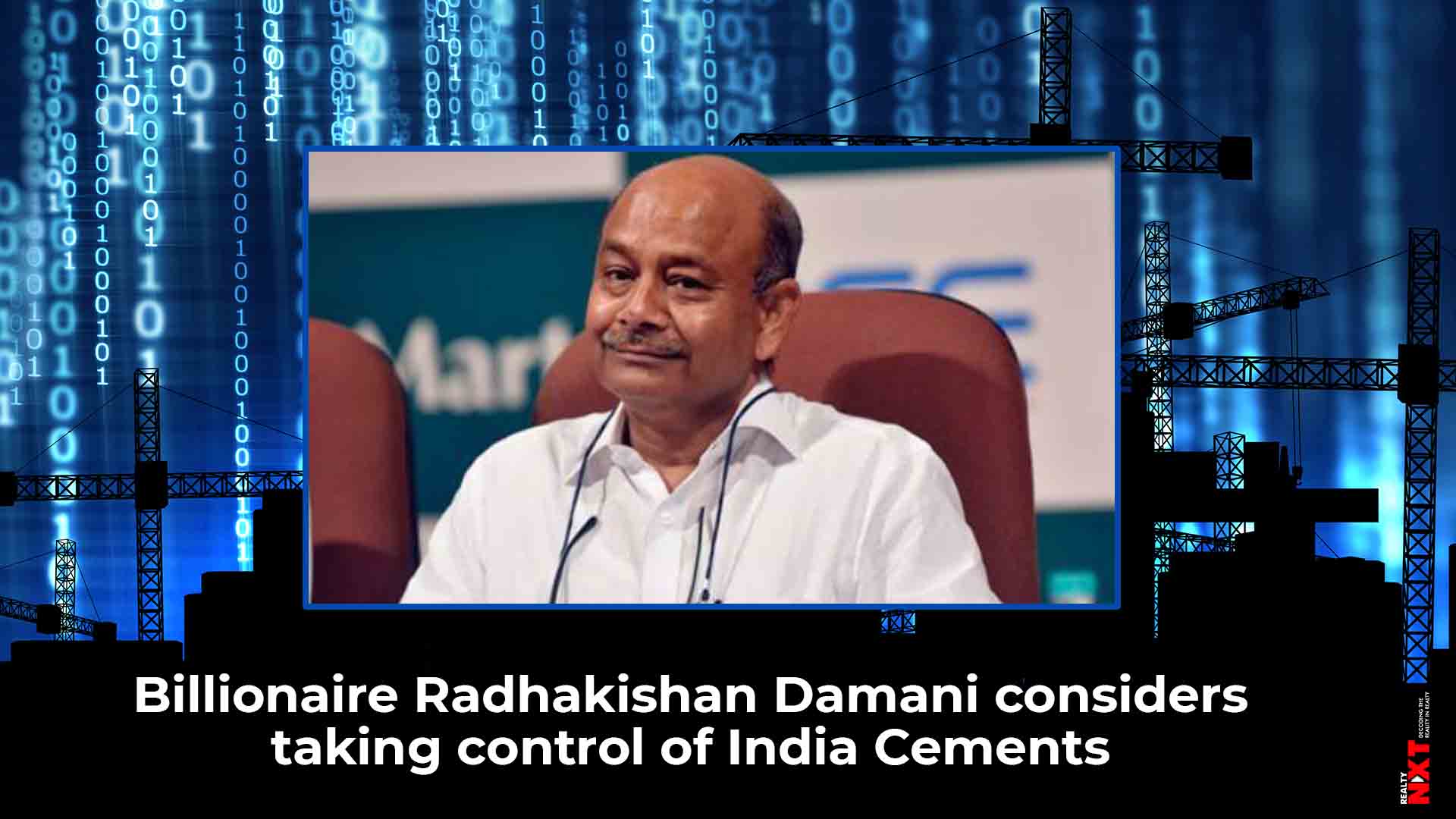 The retail tycoon and his family have been piling on shares of India Cements for some months, and their holdings quadrupled this year to about 20% as of March 31, exchange filings show.

Radhakishan Damani, the Indian tycoon who built a fortune rolling out his supermarkets across the country, is considering acquiring a controlling stake in India Cements Ltd., according to people familiar with the matter.

Damani, the owner of Avenue Supermarts Ltd., has informally reached out to the cement manufacturer’s controlling shareholder, N. Srinivasan, to explore a takeover, the people said, asking not to be named as the information is not public.

Srinivasan, who controls about 29% of the Chennai-based cement maker, is also exploring other investors to ward off any hostile bids, the people said, adding Damani has promised a friendly change in management and isn’t seeking a hostile takeover. No decision has been made on how Damani and Srinivasan will proceed, the people said.

A representative for Avenue Supermarts declined to comment, while a spokesperson for India Cements said the information isn’t correct, without elaborating.

The retail tycoon and his family have been piling on shares of India Cements for some months, and their holdings quadrupled this year to about 20% as of March 31, exchange filings show. Shares of the company that makes the construction material jumped as much as 11% on Wednesday in Mumbai, the biggest intraday gain in a month. They have surged 92% this year, boosting the market value to about $555 million.

A successful deal may help Damani diversify his holdings while India Cements would get a backer with deep pockets to gear it up against rivals such as UltraTech Cement Ltd. and LafargeHolcim Ltd.

Raised in a one-room apartment in a Mumbai tenement block, Damani has seen his wealth swell $2.8 billion this year to $12.5 billion, defying the pandemic-led stock meltdown and making him India’s fourth-richest person, according to the Bloomberg Billionaires Index.

The 74-year-old cement manufacturer had 10 factories as of 2019 in Indian states including Tamil Nadu and Andhra Pradesh, according to its website.