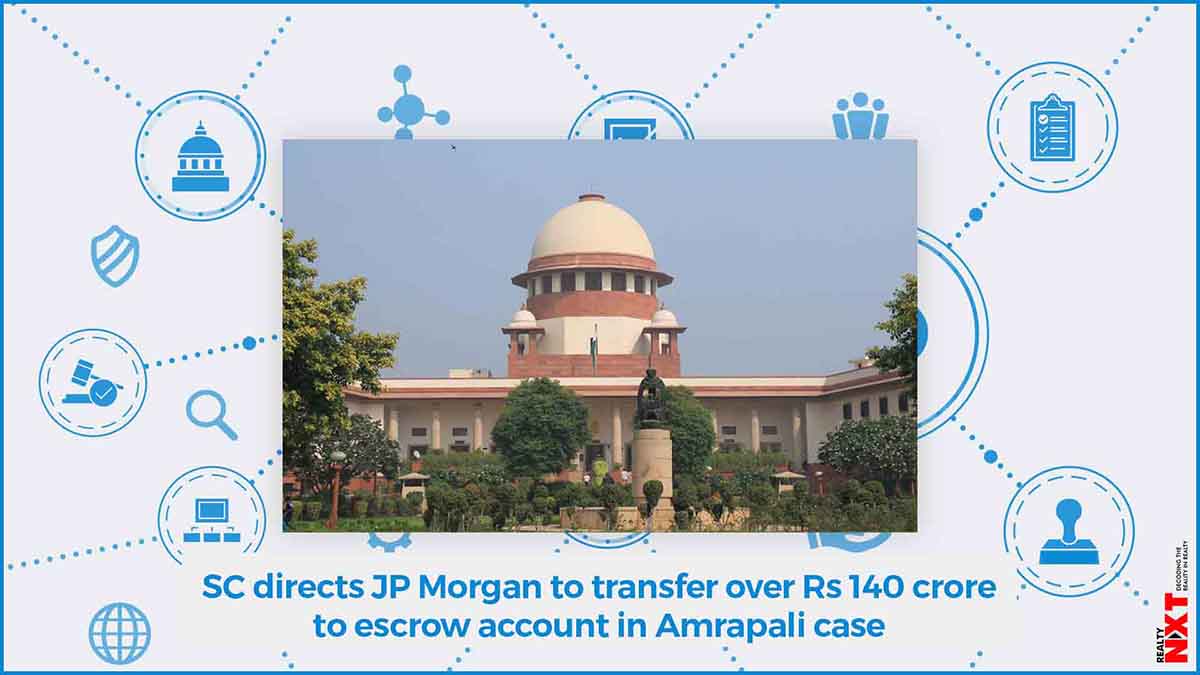 The bench took on record the final report comprising nine volumes submitted by the two court-appointed forensic auditors and directed them to finish their work by April 28.

The Supreme Court Tuesday expressed annoyance over “circulation” of forensic auditors’ reports among lawyers on the embattled Amrapali Group before it was submitted to the court. The top court said it will hear from April 30 the pleas of home buyers on whether the property titles can be given to them.

It will also look into the ways their money diverted to other ventures by Amrapali can be realized and the stalled projects are completed.

It said that if anyone has to benefit from the Amrapali case it is the hassled homebuyers who invested their earnings but were not given the flats.

A bench of Justices Arun Mishra and U U Lalit said that it was taking “serious note” of the circulation of the report of forensic auditors among the lawyers even before it was submitted in the court and this should not have happened.

It directed that the forensic report be kept in sealed cover.

The bench took on record the final report comprising nine volumes submitted by the two court appointed forensic auditors and directed them to finish their work by April 28.

The forensic auditors, Pawan Agrawal and Ravi Bhatia, told the court that they have found that over Rs 3,000 crore of home buyers’ money was diverted by Amrapali promoters.

They said over 100 shell companies were formed by the group to divert the home buyers money.

The bench said it cannot allow public interest to be jeopardised and would like to decide as how to make the Amrapali Group liable for payment.

It said the group has a liability of over Rs 5,000 crore towards the Noida and Greater Noida authority and has to decide the legal question as to how the title of their properties can be given to the home buyers.

“Let us take the final call on the issue which has been pending for long. We will not pass piecemeal orders or interim orders now. We would like to hear the issue finally and fix the liabilities. It is the home buyers who have to be benefitted from this entire issue who have invested their money but were not given their homes,” the bench said.

It said that court has to realise the amount which has been taken away from the home buyers and added, “One who plays with the public money cannot be allowed to get away”.

The court allowed Chief Financial Officer (CFO) Chander Wadhwa of Amrapali Group to deposit Rs 1.21 crore of home buyers money which was with him.

The National Buildings Construction Corporation (NBCC) which was earlier directed by the apex cour to construct the stalled project of Amrapali told the bench that it has completed 17 flats in two projects of the Group.

The bench asked the group to keep those 17 flats under its custody.

On February 28, the apex court had allowed the Delhi police to arrest and interrogate in custody Amrapali group CMD Anil Sharma and two directors on a complaint that home buyers of their various housing projects were cheated and duped of their funds.

The top court, which is seized of several pleas of home buyers seeking possession of around 42,000 flats booked in projects of the Amrapali group, also ordered attachment of personal properties of the CMD and directors — Shiv Priya and Ajay Kumar.

The trio, under detention of the Uttar Pradesh police and kept in a hotel at Noida since October 9 last year by the apex court for not complying with its orders, was in for a shock when the court ordered the arrest on a plea by Economic Offence Wing (EOW) of Delhi Police saying that it wanted to quiz them in a separate cheating case.

The court had taken a strong exception of diversion of monies of the home buyers by the directors and the real estate firm, directed the court-appointed forensic auditors to complete their detailed investigation on the divergence of home buyer’s money by Amrapali group.

It had asked the real estate firm and its directors to either deposit the diverted money or be ready for consequences.

Earlier, the apex court had grilled the CMD for the fact that Rs 94 crore of home buyers was being shown in his personal bank account.

The bench had warned the CMD saying it would send him to jail for his “reluctance” in disclosing the identity of a person, who had bought company’s shares worth Rs 140 crore from the multi-national firm JP Morgan.

It had also appointed a valuer to ascertain the exact value of 5,229 unsold flats including those booked by Amrapali for just Rs 1, Rs 11 and Rs 12 and asked the valuer to submit its report.

Besides, it brought ‘The Royal Golf Link City Projects Pvt Ltd’ under its scanner and had sought its share holding pattern, names of promoters and balance-sheet.

It also asked the valuer to explain the transaction made by JP Morgan Real Estate fund and Amrapali group and how it sold the real estate firm’s shares to two little known companies ‘Neelkant’ and ‘Rudraksh’ for Rs 140 crore.

The court had allowed the NBCC to issue advertisement for the unsold flats of two Amrapali Projects — Eden Park and Castle — being constructed by it so as funds could be raised.