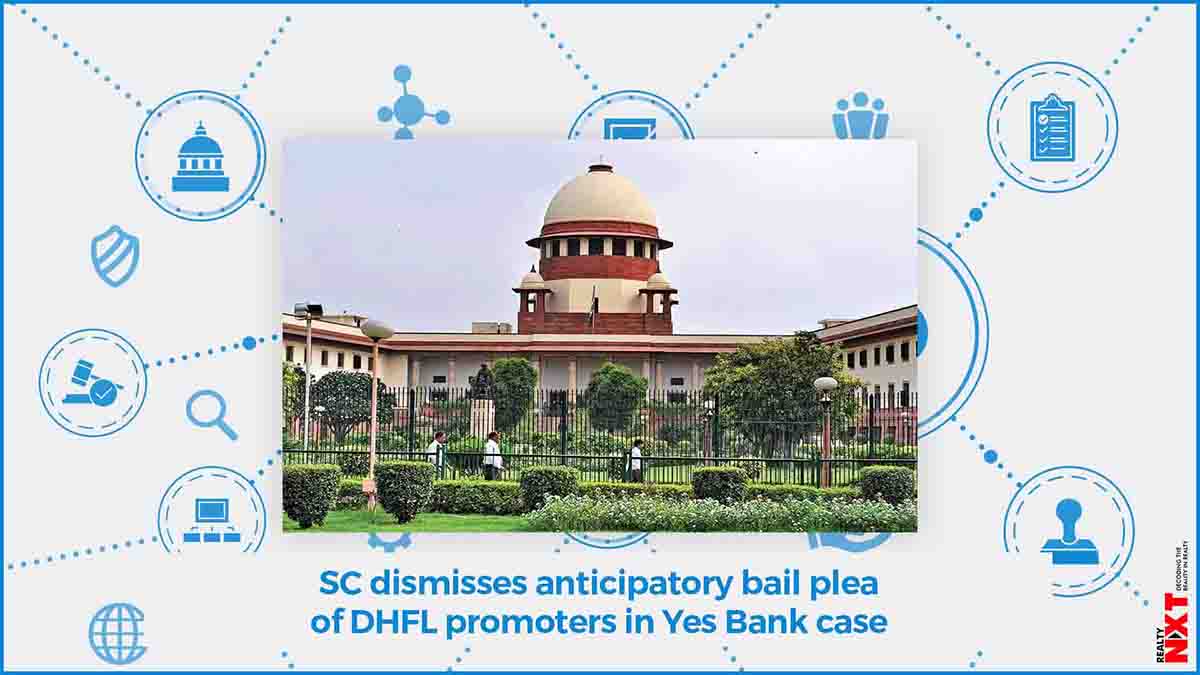 The Wadhawans, now arrested, have challenged the Bombay High Court’s May 12 order rejecting their plea for pre-arrest bail.

The Supreme Court Friday dismissed the anticipatory bail pleas of DHFL promoters Dheeraj Wadhawan and Kapil Wadhawan in a money laundering case of Yes Bank being probed by the Enforcement Directorate (ED).

The Wadhawans, now arrested, have challenged the Bombay High Court’s May 12 order rejecting their plea for pre-arrest bail.

A bench of Justices Sanjay Kishan Kaul and B R Gavai dismissed a batch of four pleas after senior advocate Mukul Rohatgi, appearing for the Wadhawans, said that he was not pressing his prayer for relief.

Rohatgi said that though he is not pressing for anticipatory bail there are some remarks made by the high court in its order which were unwarranted.

Solicitor general Tushar Mehta, appearing for the ED said that both the accused have been arrested and hence their plea for anticipatory bail becomes infructous.

“After some arguments, senior counsel for the petitioner(s), on instructions does not press for anticipatory bail but he is concerned by some observations made in the impugned order(s) qua the petitioner(s).

“Needless to say, that any observations made in the impugned order(s) are for purposes of anticipatory bail and will not prejudice the case of the petitioner(s) in the trial or any other legal proceedings as may be available to them,” the bench said in its order.

The bench dismissed the pleas of Wadhawans as withdrawn.

The high court had refused to grant pre-arrest bail to DHFL promoters, noting that their custodial interrogation was required to unearth the conspiracy and modus operandi in the multi-crore scam.

The Wadhawans are in jail after being earlier arrested by the CBI in a separate case related to the Yes Bank scam.

They had moved the high court for anticipatory bail in the money laundering case and another case pertaining to alleged irregularities in the investment of employees’ provident fund of Uttar Pradesh Power Corporation Ltd (UPPCL).

The high court had noted in its order that the applicants were not co-operating with the process of law and that the ED had issued several summonses to both Kapil and Dheeraj seeking their presence for questioning in the cases.

The court said although the Wadhawans responded to the summonses and notices issued to them by the ED, they evaded investigation by not appearing before the agency.

The response to the summonses speaks of apathetic and an indifferent approach. The lackadaisical approach of the applicants can be well noted in their response to the prosecuting agency, the court had said.

Wadhawans’ counsel had contended before the high court that no case has been made out for money laundering and the transactions in question were made in normal course of business.

They had argued that there was no case for any arrest or arrest warrant at this stage for his clients in the midst of the COVID-19 lockdown in a matter of financial nature which is being investigated for the last six months.

The Wadhawans have claimed they have been made “scapegoat of political quandary” in the state.

The court, however, refused to accept the excuse of the COVID-19 pandemic and had said this shall not deter the ED from investigating a serious offence of money laundering which has shaken the economy of this country.

According to the CBI FIR, the scam started taking shape between April and June 2018 when Yes Bank invested Rs 3,700 crore in short-term debentures of the scam-hit DHFL.

In return, the Wadhawans allegedly “paid kickbacks of Rs 600 crore” to former Yes Bank CEO Rana Kapoor and his family members in the form of loans to DoIT Urban Ventures (India) Pvt Ltd held by the wife and daughters of Kapoor, the CBI has claimed.