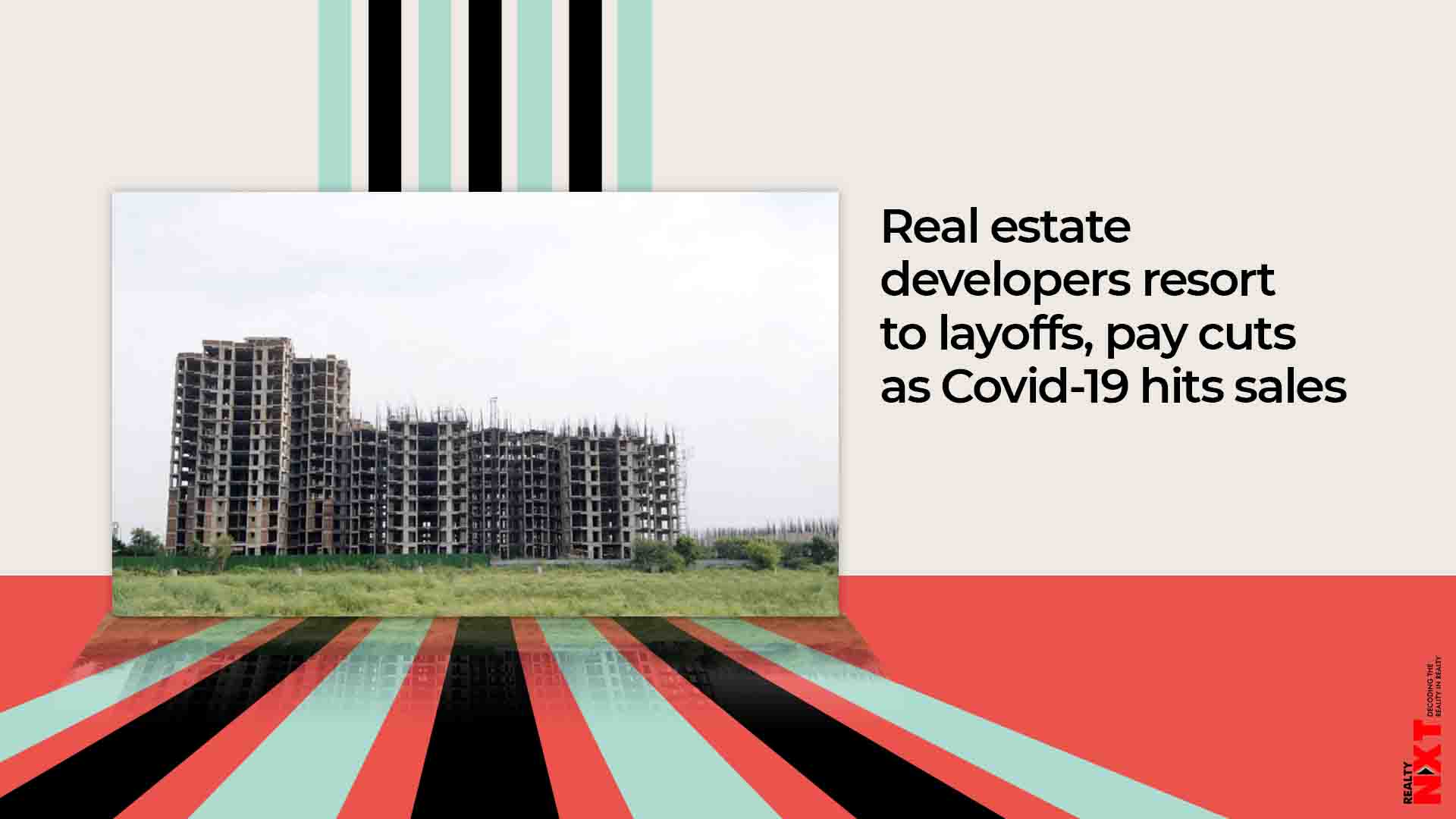 The Covid-19 crisis has further impacted market sentiment and sales.

Hit by the coronavirus pandemic, real estate developers have resorted to layoffs and pay cuts and are focusing on cost control measures as sales are likely to remain muted in the coming months, according to industry experts.

The real estate sector has been facing headwinds since the past three-four years following demonetisation, RERA and GST rollout as well as delays in approvals. The Covid-19 crisis has further impacted market sentiment and sales.

According to industry estimates, the realty sector employs 60-70 lakh people, including three lakh white-collar employees. As per estimates by MyHiringClub.com and Sarkari-Naukri.info, around two lakh employees (including the white-collared) in the real estate sector are expected to be laid off due to the coronavirus crisis. More than 60,000 jobs have been slashed so far, they added.

“The sector is having a major impact on their sales and this will directly hit companies’ profitability. Now there are major chances of default in the pending payments.

“Maximum developers are already facing liquidity crunch and so they are now focusing on cost control, doing layoffs, closing their offices and trying to centralise their work and manpower. This situation is expected to continue till the current financial year,” consulting firm Prop Consilium Infratech’s CEO and MD Rajesh Kumar told.

Realty player Prajapati Group Managing Director Rajesh Prajapati said the company had to cut jobs and salaries by 15-20 per cent each.

“We are downsizing the company and doing away with extra costs as the collections have dropped significantly and sales have also muted. While there are layoffs in the non-essential services segment, for others we are resorting to pay cuts,” he said.

According to Prajapati, many developers, including grade A players, have either laid off staff or cut their salaries.  “On an average, it is to the extent of 15-20 per cent. Some players with better reserves have given a temporary pay cut with an assurance of giving back the amount once sales improve. Some have sent their staff on furlough,” he added.

A report by non-broking real estate research firm Liases Foras said that for each month of the lockdown, there is a revenue loss of 8.3 per cent.  The report stated that by June-end, revenue loss in the residential real estate market alone will stand at 26.58 per cent, which will rise to 35.07 per cent by July-end.

“FY20 was believed to be the turnaround year for the sector and the Indian economy. There was an uptick in the sales during the fiscal, but Q4 FY20 wasn’t encouraging and we ended with 3-year low annual sales.