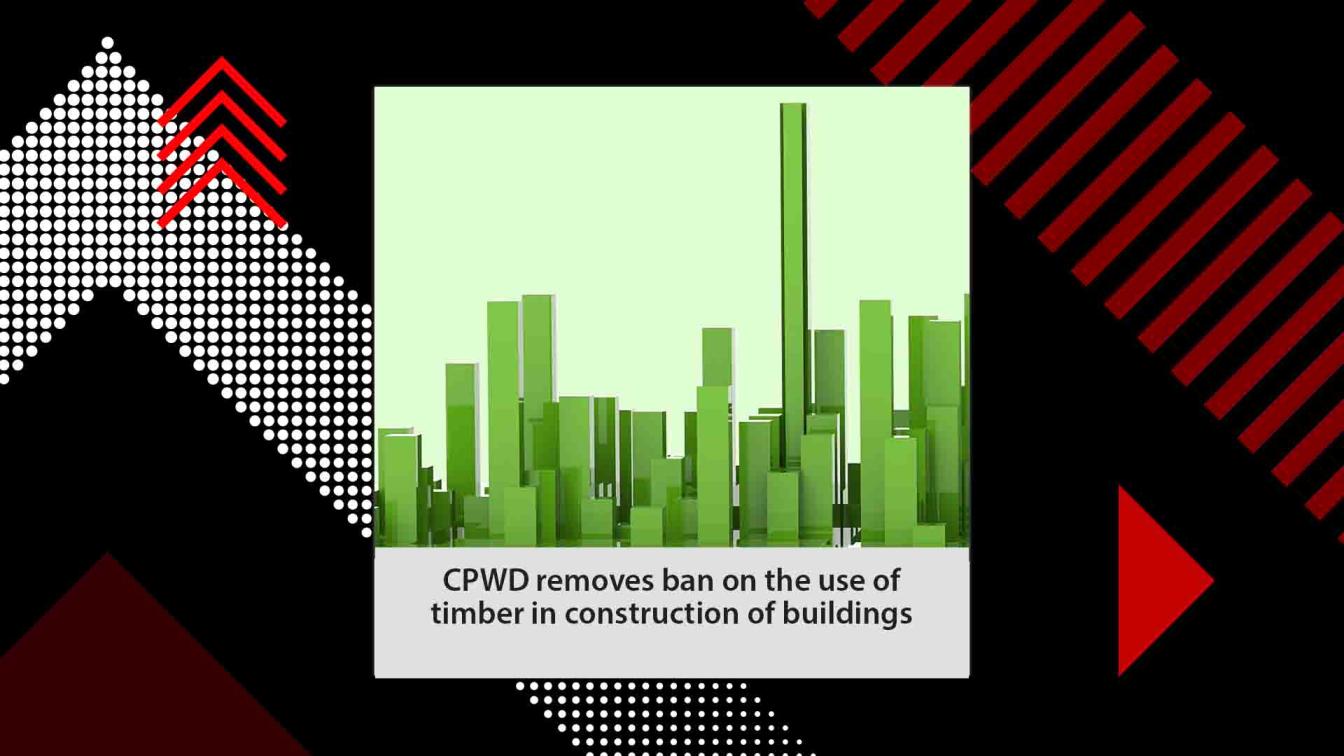 The CPWD, which comes under the Union Housing and Urban Affairs Ministry, said the use of timber in the agency works had been banned in 1993.

After a gap of over 25 years, Central Public Works Department has removed the ban on use of timber in construction of buildings and habitat projects. The decision of the CPWD, the prime construction agency of the central government, comes after the Union Environment ministry asked the department to remove the ban, saying it will create demand for wood-based industries that would spur the local economy and create large scale employment.

The CPWD, which comes under the Union Housing and Urban Affairs Ministry, said the use of timber in the agency works had been banned in 1993.

“The MoEFCC has asked to remove the ban on use of wood in construction, since it will create demand for wood-based industries that would spur the local economy, particularly in rural areas, create large scale employment and encourage farmers and others to bring degraded areas under tree cover that, in turn, will augment production of a multitude ecosystem services for the benefit of the country,” the CPWD said in an office memorandum.

It also stated that wood is a versatile renewable construction material and the life cycle economic cost of timber is also often much lower.

“As India has committed to an UNFCCC-NDC target (the United Nations Framework Convention on Climate Change – Nationally Determined Contributions) of creating additional sink of 2.5-3 billion MT of CO2 equivalent through additional forest and tree cover by 2030, raising the demand for forest products including wood so as to create a favourable investment ecosystem for planting more trees is an imperative,” the CPWD memo also said.

The CPWD is the government’s largest construction agency and it executes major projects of the Centre as well as the state governments.

It also looks after maintenance of central government buildings and erecting fences on the country’s international borders, among others.

The agency also carries out projects in foreign countries under friendship programmes with India.