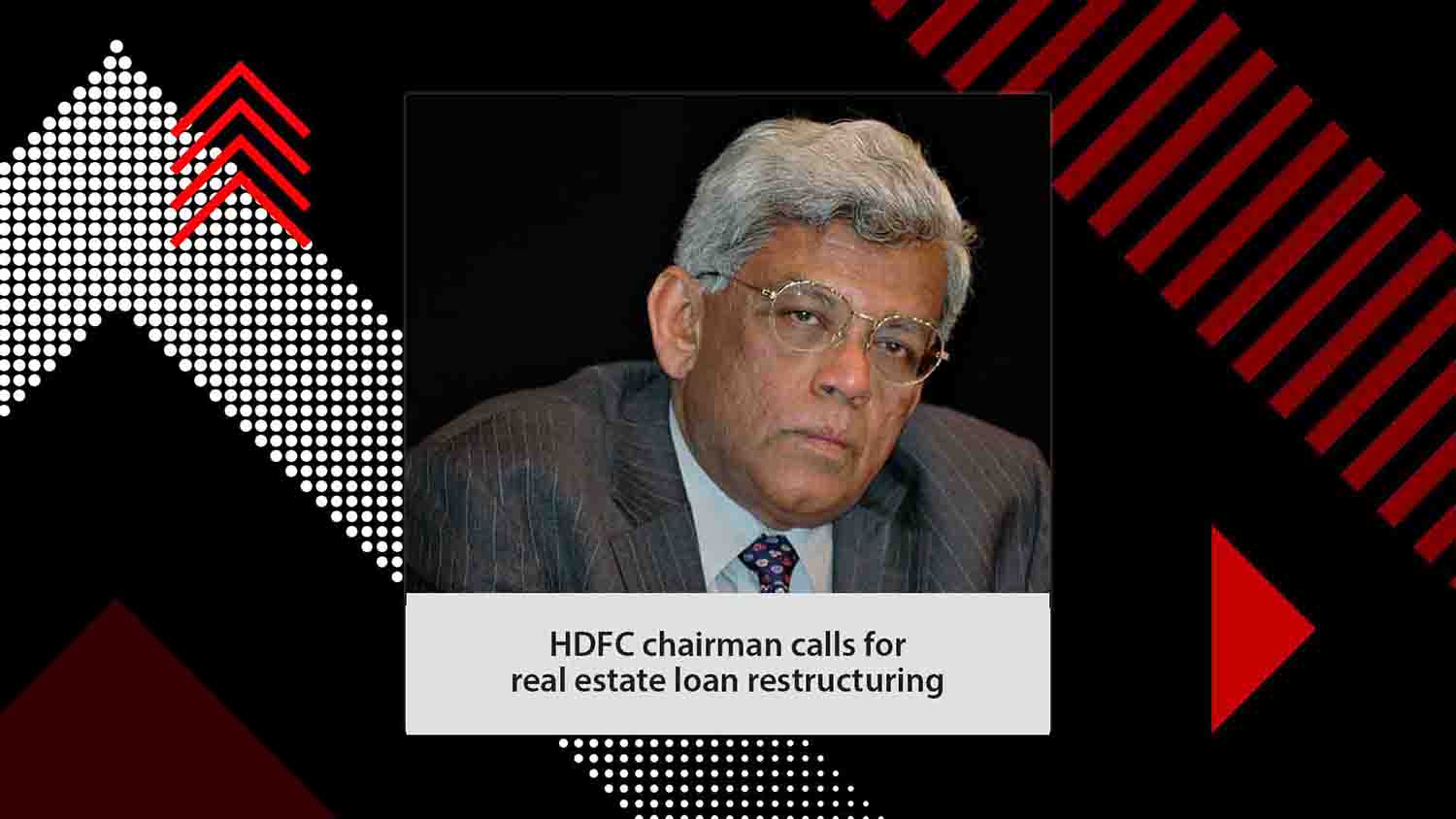 In a letter to shareholders in the mortgage financier’s annual report for fiscal 2019-20, Parekh called for easier financing, loan restructuring and also end to end approval and disbursment of mortgage loans.

In a letter to shareholders in the mortgage financier’s annual report for fiscal 2019-20, Parekh called for easier financing, loan restructuring and also end to end approval and disbursment of mortgage loans.

“The RBI should permit a one-time restructuring for real estate loans. This has been a long standing request and a measure implemented in the past to revive the sector…Allowing for a restructuring of these loans and categorising them as standard assets will facilitate last mile funding for these projects,” Parekh said.

Allowing the problems in the real estate sector to fester, may result in a rise in non-performing loans, which in turn will weaken the overall financial sector, Parekh argued.

“It is important to recognise that unlike other loans, the underlying value of the land is always there as security. Further, to repair the sector, real estate prices have to be realistic to reflect current market realities. This would help developers offload their unsold inventory and improve their cashflows. Simultaneously, there is a need for realignment of ready reckoner rates as well,” he said.

He also backed the RBI in its stance on allowing interest to be charged on loans under moratorium.

“The Reserve Bank of India (RBI) has been at the forefront, shouldering a huge burden to maintain financial stability. The saga of the highest court of law questioning the RBI on the moratorium was indeed unfortunate. Why should a central bank have to be answerable to a court on basic principles which the financial sector operates on? Interest payments on borrowings and loans are contractual obligations. No laws are being violated,” Parekh said.

He also called for a level playing field between NBFCs and housing finance companies to raise funds through external commercial borrowings (ECBs).

“Today, non-banking financial companies can access the ECB market for any of their lending business. Housing finance companies on the other hand, can only raise ECBs under a very confined definition of affordable housing, wherein the housing project must have at least 50% of the floor space index for dwelling units with a carpet area not exceeding 60 square metres. In short, a standalone home of 60 square metres would not qualify. This definition is at odds with the government’s overall objective of enabling more individuals to become homeowners,” he said adding that the government should expedite its budget promise of easing ECB norms for housing finance companies.

Parekh also said that the HDFC group is preparing for inorganic opportunities for group companies. “Some of our subsidiary companies will need additional capital for their expansion plans. We have also identified new investment opportunities that will help build the next generation of value creators for HDFC.To support this, we are putting in place a roadmap for our future capital requirements,” he said.

ALSO READ: Ban On Chinese Apps May Have Marginal Impact On Commercial Realty