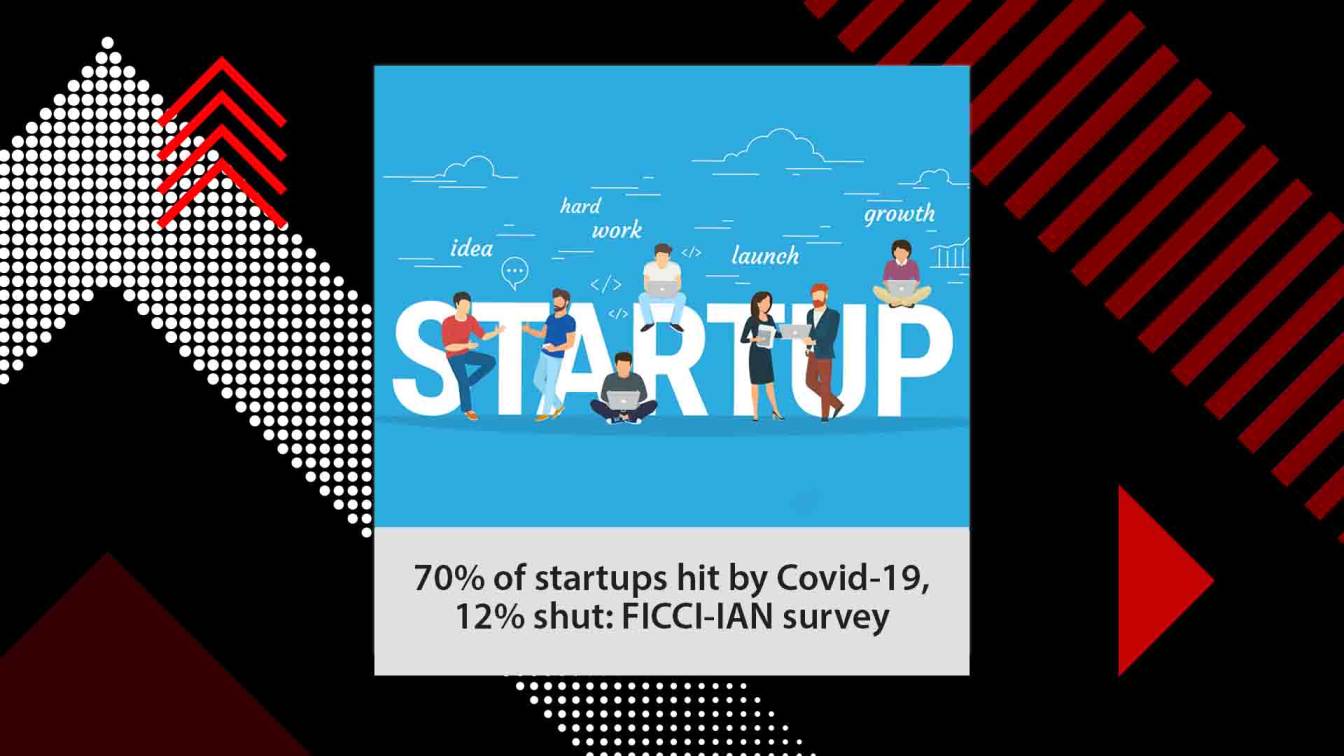 The Covid-19 pandemic has made an unprecedented impact on the Indian businesses, particularly small and medium enterprises (SMEs) and startups.

According to a joint survey by FICCI and Indian Angel Network (IAN), the pandemic has hit the businesses of around 70 per cent startups.

With uncertainty in the business environment and an unexpected shift in priorities of the government as well as corporates, many startups are struggling to survive, it says.

In a nationwide survey on the ”Impact of Covid-19 on Indian Startups” involving 250 startups, 70 per cent participants said their businesses had been impacted by Covid-19 and around 12 per cent had shut operations.

The survey shows only 22 per cent startups have cash reserves to meet the fixed cost expenses over the next 3-6 months, and 68 per cent are reducing operational and administrative expenses.

Around 30 per cent of the companies said they would retrench employees if the lockdown was extended too long. The 43 per cent startups have already started 20-40 per cent salary cuts over April-June.

The reduced funding has forced startups to put a hold on business development and manufacturing activities, which has resulted in loss of projected orders.

The survey highlights the need of an urgent relief package for startups, including possible purchase orders from the government, tax relief and swifter tax refunds, and immediate fiscal support measures, including grants, soft loans and payroll grants.

Besides 250 startups, 61 incubators and investors also participated in the survey.

“A comparison of priority investment sectors before and during Covid-19 shows 35 per cent investors are now looking at investments in healthcare startups, followed by EdTech, AI/Deep Tech, FinTech and Agri,” said the survey.

Around 44 per cent incubators surveyed said their day-to-day operations had been considerably hit by Covid-19. Most incubators are now supporting their portfolio firms by providing them virtual platforms to interact with mentors, investors and industries.

Dilip Chenoy, FICCI Secretary General, said, “The startup sector is stressed for survival at the moment. The investment sentiment is also subdued and is expected to remain so in the coming months. Lack of working capital and cash flows may lead to major layoffs over the next 3-6 months.”

Indian startups needed an enabling ecosystem and flow of funds to continue operations, the survey said.

Padmaja Ruparel, President, Indian Angel Network &amp; Co-Chair of FICCI Startup Committee, said, “In these uncertain times, as investors, we must play an important role to provide the Indian startups funding, mentoring and hand-holding support to stay afloat and come out at the other end of this crisis.”

This must be replicated on a wider scale, so a larger number of startups are provided the capital support to make it during these tough times, Ruparel said.