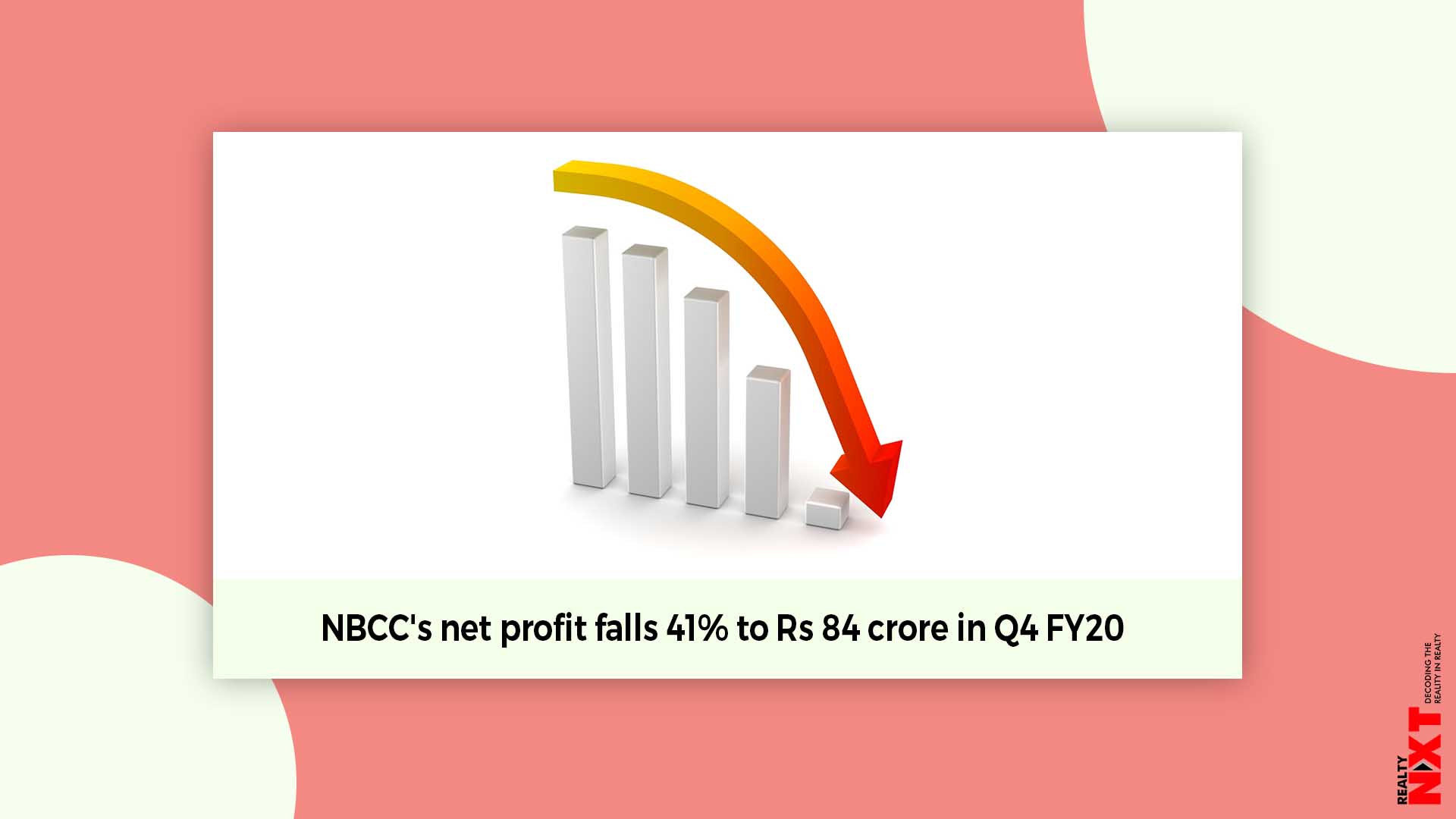 During the quarter ended March of the financial year 2018-19, the company had reported a consolidated net profit of Rs 142.45 crore.

State-run construction major NBCC (India) Ltd on Monday reported a 41 per cent fall in its consolidated net profit for the January-March quarter at Rs 83.77 crore.

During the quarter ended March of the financial year 2018-19, the company had reported a consolidated net profit of Rs 142.45 crore.

Its net sales during the period under review fell 16.8 per cent to Rs 2,568.73 crore, the company said in a regulatory filing.

In a regulatory filing, NBCC said that its board on Monday “recommended a final dividend of Rs 0.135 i.e. 13.5 per cent per paid up equity Share of Rs 1 each for the financial year 2019-20 subject to the approval of the shareholders in the ensuing Annual General Meeting”.

Further, it has also approved the scheme of merger of its wholly-owned subsidiaries NBCC International Ltd and NBCC Environment Engineering Ltd with NBCC (India) Ltd.