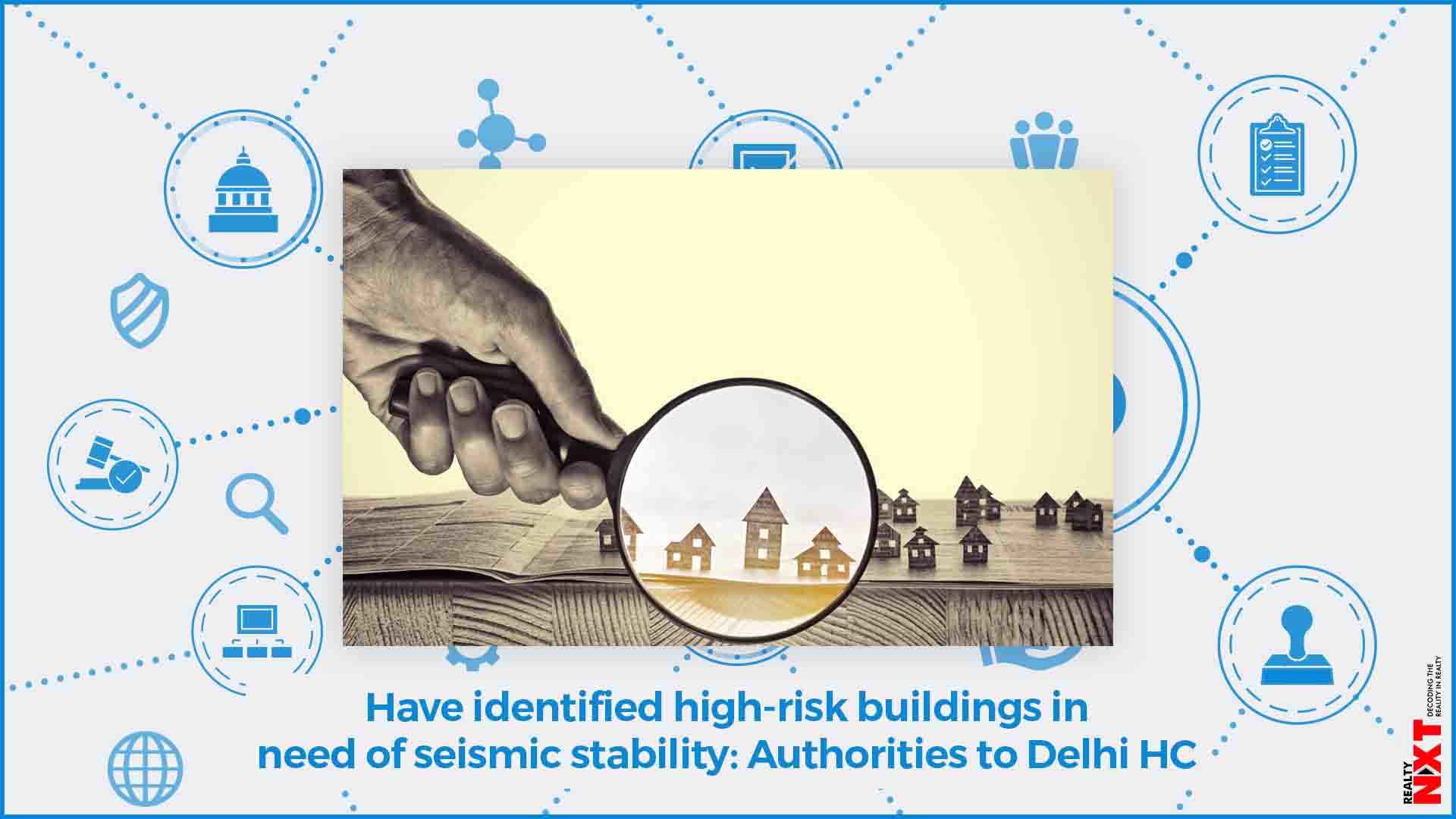 The order by a bench of Chief Justice D N Patel and Justice Prateek Jalan had come on a plea by lawyer Arpit Bhargava highlighting the lack of seismic stability of buildings in Delhi.

The civic authorities, DDA, and the state disaster management authority (DDMA) on Wednesday submitted before the Delhi High Court the steps, like identifying high risk buildings, taken by them to ensure seismic stability of the structures in the national capital in the event of a major earthquake.

In their respective affidavits filed in the high court, the three municipal corporations said they have included premier educational and research institutes, like IIT, Delhi, for carrying out the structural audits of buildings under their respective jurisdictions.

The affidavits were filed pursuant to the high court’s order on June 18 directing the corporations, New Delhi Municipal Council (NDMC), Delhi Cantonment Board (DCB), and Delhi Development Authority (DDA) and the AAP government to indicate implementation of the action plans devised by them to ensure seismic stability of the buildings in the national capital.

The order by a bench of Chief Justice D N Patel and Justice Prateek Jalan had come on a plea by lawyer Arpit Bhargava highlighting the lack of seismic stability of buildings in Delhi.

On Wednesday, Bhargava sought time from the bench to respond to the various affidavits, filed by the authorities, saying he received it only in the morning and needs to go through them.

The high court, thereafter, adjourned the matter to July 29.

The corporations have also stated in their affidavits that they have issued a public notice in newspapers informing the people about the need for structural audit of buildings and need of retrofitting, if required, to ensure their seismic stability,

They also claimed to have identified some buildings in their respective jurisdictions which needed retrofitting and that they have also issued notices to owners of buildings constructed prior to 2001 which are in a dilapidated condition asking them to get a structural audit done.

The NDMC in its affidavit, filed through advocates Anil Grover and Tushar Sannu, has said that it has carried out structural strengthening of two out of 25 high risk buildings identified in its jurisdiction and structural consultants have been appointed in respect of another two buildings out of the 25.

For the remaining 21 buildings, the process to appoint structural consultants has been initiated, it said.

Besides that, it said it has also requested the heads of institutions in high rise and high risk buildings — like AIIMS, RML Hospital and Lady Harding Medical College — in its jurisdiction to undertake structural audit of their respective complexes.

The DCB has said, in its affidavit, that it has decided to demolish the 38 structurally unstable buildings in its jurisdiction and has initiated the process to demolish 16 of them.

The DDA, in its affidavit, has stated that it has sent letters to owners/occupiers of 32 buildings, all except one are located in Dwarka, which were sanctioned prior to March 2001 and are 15 meters o more in height, to initiate process of structural safety and submit a report.

The Delhi Disaster Management Authority (DDMA), which comes under the Delhi government, has said that it has been conducting mock drills in all districts regularly to assess earthquake preparedness of the authorities.

“Training and conferences are being conducted regularly by districts as well as by the state from time to time. List of all emergency support functionaries with phone number have been updated on DDMA website.

“.. and all stakeholders have been directed to necessarily conducted mock drills once in six months to check the preparedness,” it has said in its affidavit.

The affidavits were filed after the the high court on June 18 pulled up the Delhi government and all the local authorities for non-implementation of the action plans for ensuring seismic stability of buildings in the national capital.

Bhargava, in his application filed after the city witnessed several tremors between April and June this year, has claimed that the authorities and Delhi government have not done anything despite several directions by the court to develop an action plan.

The application was filed in Bhargava’s main petition filed in 2015 claiming that the seismic stability of buildings in Delhi was poor and in case of a major earthquake there could be large number of casualties.

The petition is still pending before the high court which from time to time has directed the Delhi government and civic authorities to develop an action plan.

In the application, Bhargava has contended that around 11 earthquakes have struck Delhi since April 12 and according to experts a big one was imminent which is why he has moved the court now for urgent directions.