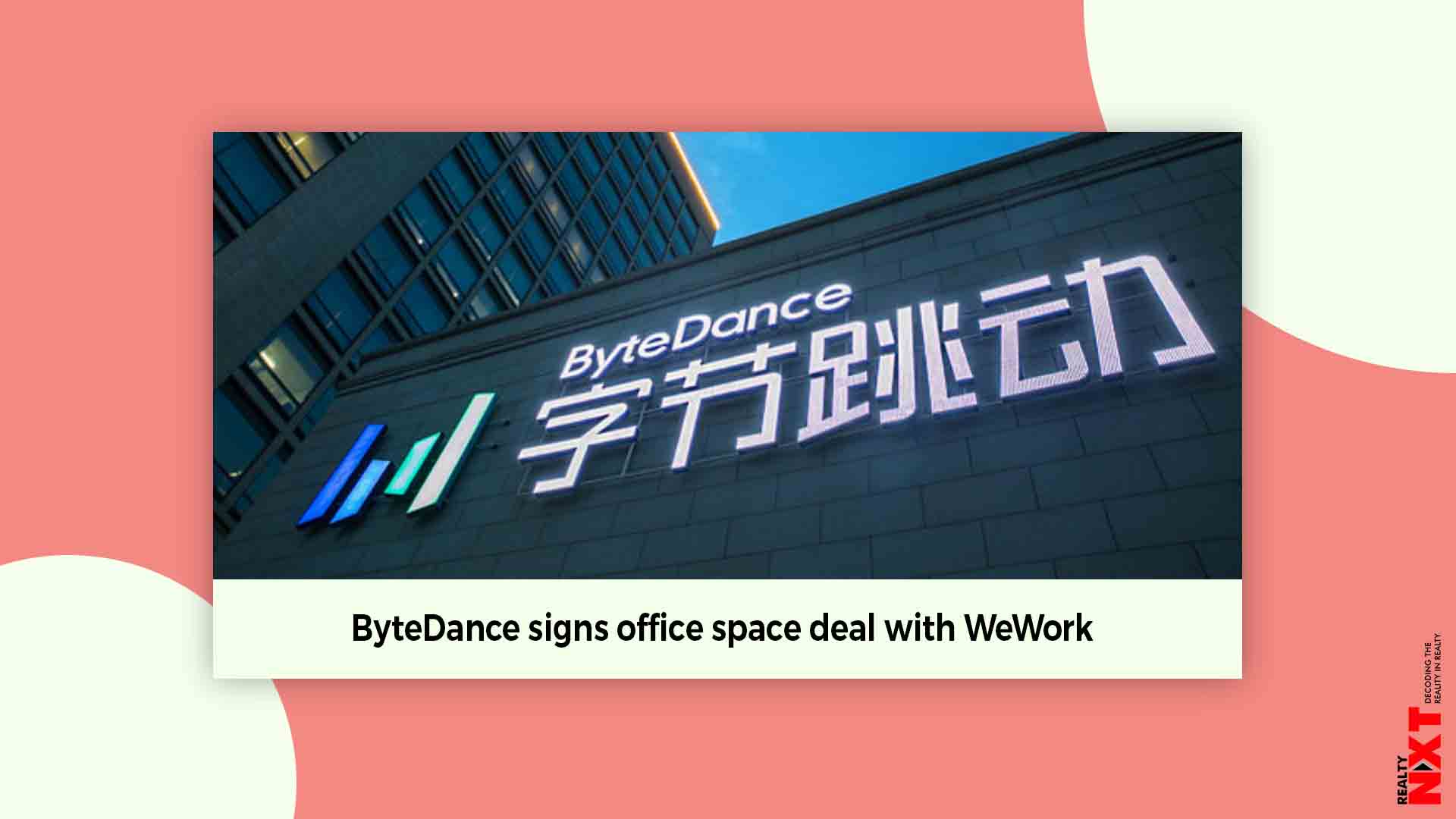 The newly-leased property in the Goregaon suburb was to be used by ByteDance to consolidate and expand its operations in India, said three people directly aware of the deal.

Beijing-headquartered ByteDance has signed a flexible office-space deal for 1,250 seats at WeWork Nesco in Mumbai, even as uncertainties continue on the Chinese company’s India operations following the ban on its TikTok and other apps.

According to the plan, the newly-leased property in the Goregaon suburb was to be used by ByteDance to consolidate and expand its operations in India, said three people directly aware of the deal.

“The deal closed on Monday and ByteDance is supposed to move from two other flexible properties to the Nesco property,” one of them said.

WeWork and ByteDance did not comment on the deal. The WeWork Nesco IT Park spans eight floors and 228,000 sq ft, with a total seating capacity of 3,400. “The deal has a 24-month lock-in period and is a customised space,” said a person. ByteDance worked out of two buildings in the Bandra Kurla Complex and Andheri, with 592 work units that included desks, meeting rooms and lounge area.

Realtors said ByteDance was looking to expand its presence in Gurgaon, Bengaluru and Mumbai after witnessing exponential growth of its TikTok app. However, the India-China standoff has slowed decision-making on the real estate front, and the company is in a wait-and-watch mode before further expansion. ByteDance’s TikTok, Vigo Video and Helo were among 59 Chinese apps that the government banned on June 29 citing national security concerns.

Since its India launch in 2018, ByteDance has hired 2,000 employees here and was planning to take over 1,000 more in TikTok alone over the next one year. The company has also launched a microblogging service, Helo, for Indian users, followed by Resso, a music streaming service for Southeast Asia.