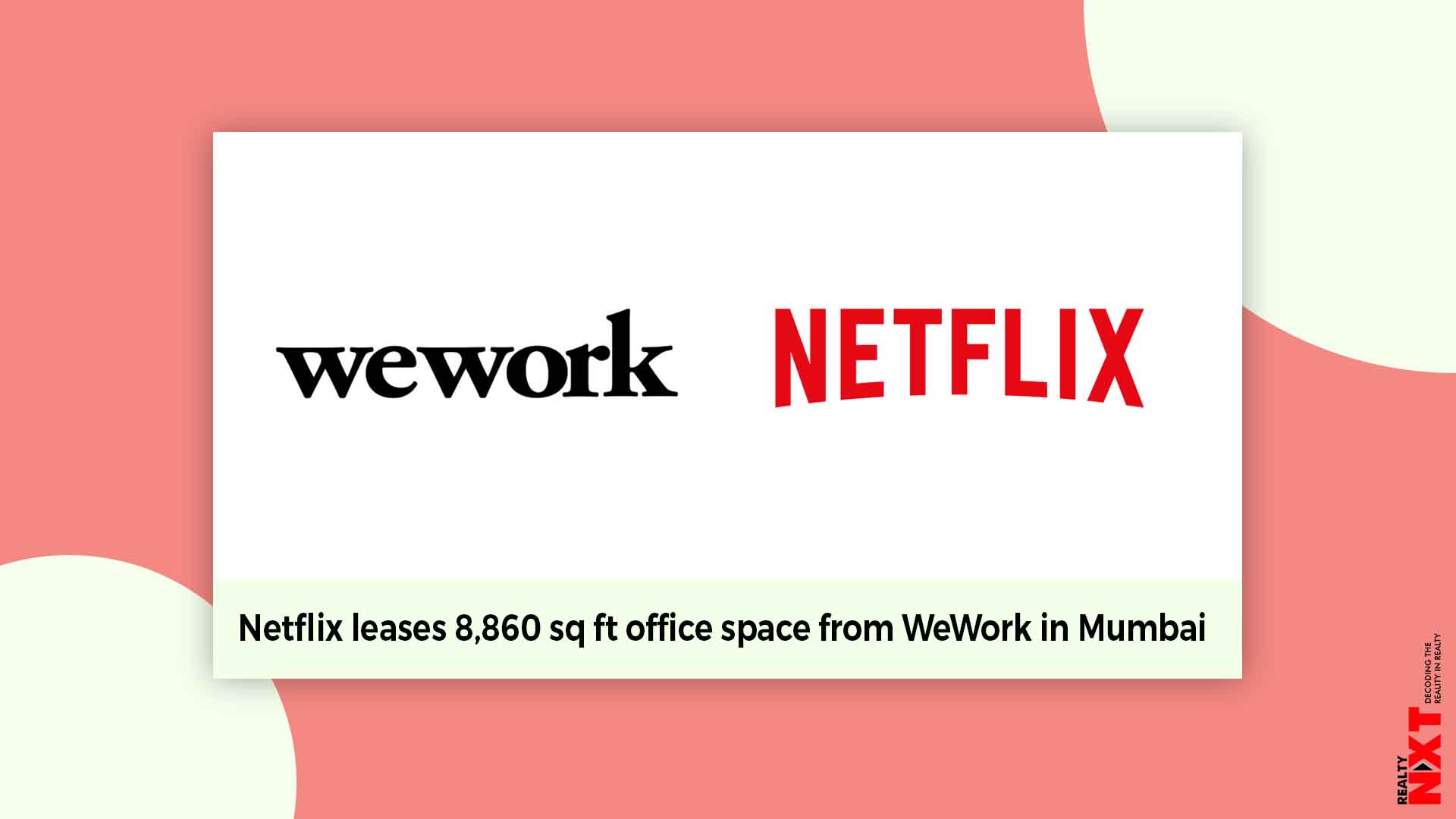 “The deal tenure is two plus one years with a lock-in period of 18 months. The employees operating out of Nesco complex will exclusively be aligned for Netflix’s work,” the people said, without disclosing its financial terms.

It will be used to execute visual effects work – which is seeing increased demand in the country — along with another company, Anibrain.

“The deal tenure is two plus one year with a lock-in period of 18 months. The employees operating out of Nesco complex will exclusively be aligned for Netflix work,” the people said, without disclosing its financial terms.

The WeWork Nesco IT Park in Mumbai spans eight floors with a total seating capacity of 3,400 spread across 228,000 sq. ft.

This is the third large deal for WeWork this year.

Earlier this year, the flexible spaces operator signed a large deal with Commonwealth Bank of Australia and China’s ByteDance, across Bangalore and Mumbai.

Anibrain also has offices in Pune and the Andheri suburb in Mumbai, with around 700 employees catering to global clients and has worked on global projects like The Secret Garden, The Aeronauts and The Witcher.

“India is a very important centre of production globally. Most content creation happens out of countries like the United States, Japan and India,” said a second person aware of the deal.

India has emerged as a crucial content hub for Netflix, which has announced around 50 original series and films in the country.

“Once the lockdown is lifted, it may take another two months for the Godrej property to go live. Netflix will also move from the existing co-working properties,” another person who is aware of the deal said.

Netflix already has a flexible workspace with around 100 seats at The Executive Center at Maker Maxity in the BKC and a 9,000 sq ft separate office in the same complex.