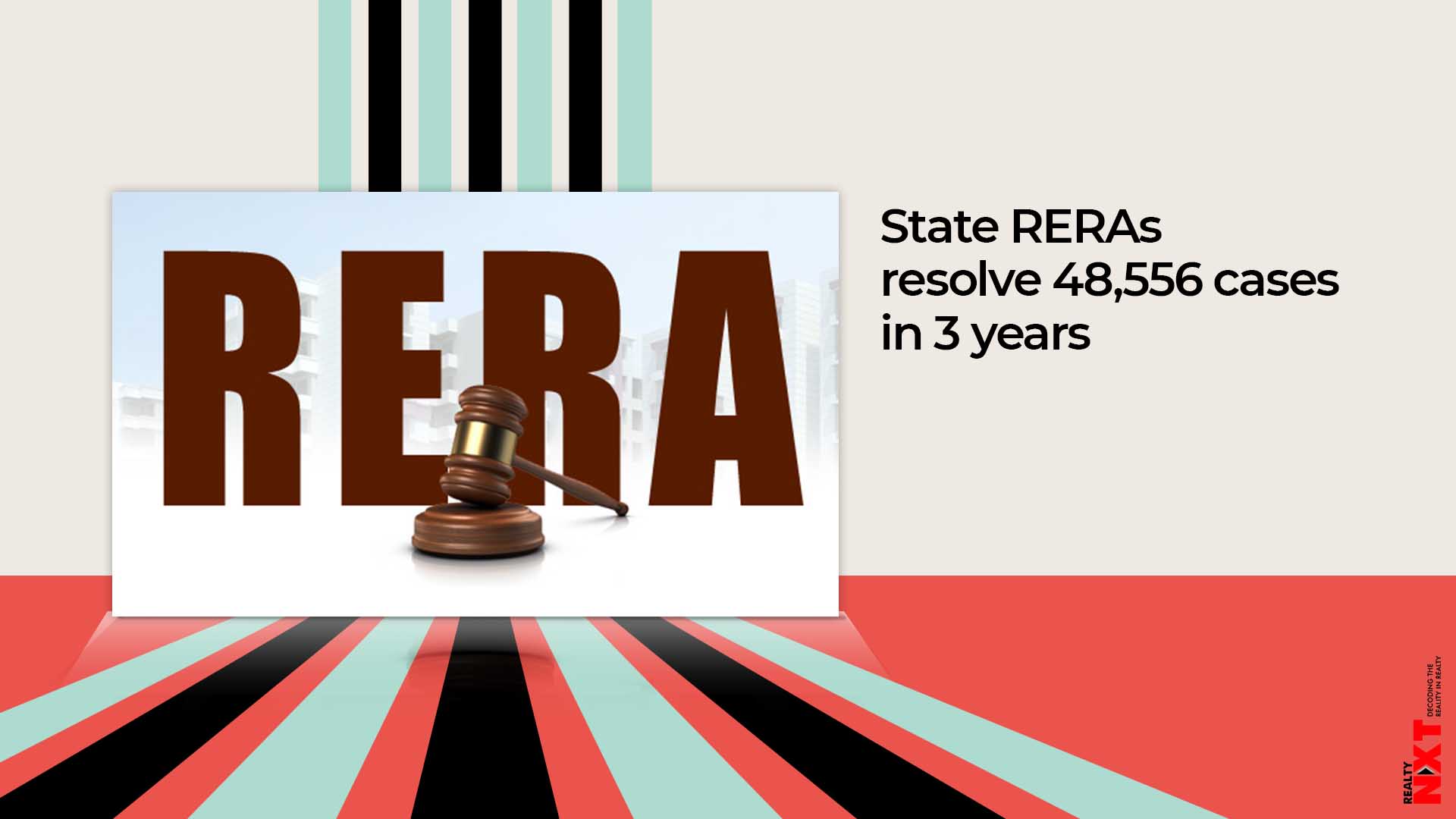 Citing data from the Ministry of Housing and Urban Affairs, an Anarock report said that out of the total resolved cases, nearly 57 per cent cases were resolved in the past one year.

The Real Estate Regulatory Authorities across states have resolved 48,556 cases since the implementation of the RERA Act in 2017.

Citing data from the Ministry of Housing and Urban Affairs, an Anarock report said that out of the total resolved cases, nearly 57 per cent cases were resolved in the past one year.

“Uttar Pradesh takes the lead with as many as 18,509 cases disposed of by the UP RERA authorities so far, against a mere 5,989 cases a year ago. Haryana is at a distant second with nearly 9,919 cases disposed of currently as against 3,123 cases in the corresponding period of 2019,” the Anarock report said.

Maharashtra’s ‘MahaRERA’ has so far disposed of nearly 7,883 cases.

Anuj Puri, Chairman, Anarock Property Consultants says: “One of RERA’s primary functions is addressing real estate consumers’ grievances. In a bit over three years since RERA implementation, the authorities of various states and UTs have resolved over 48,556 consumer complaints.”

He added that project and agent registrations have also increased perceptibly in a year, by nearly 24 per cent and 20 per cent respectively.

Interestingly, Uttar Pradesh has seen the least annual growth of five per cent in project registrations. In July 2019, around 2,676 projects were registered in the state and currently, the number stands at around 2,818 projects. Evidently, developers in the state were more focused on project completions than on new launches.

Among the top seven states, Telangana saw the highest yearly growth of 79 per cent in project registrations — from 1,064 projects in July 2019 to over 1,902 projects now. Tamil Nadu recorded a 54 per cent yearly jump — as on July 2019, the state has 1,064 projects registered which have increased to 1,635 projects this year.