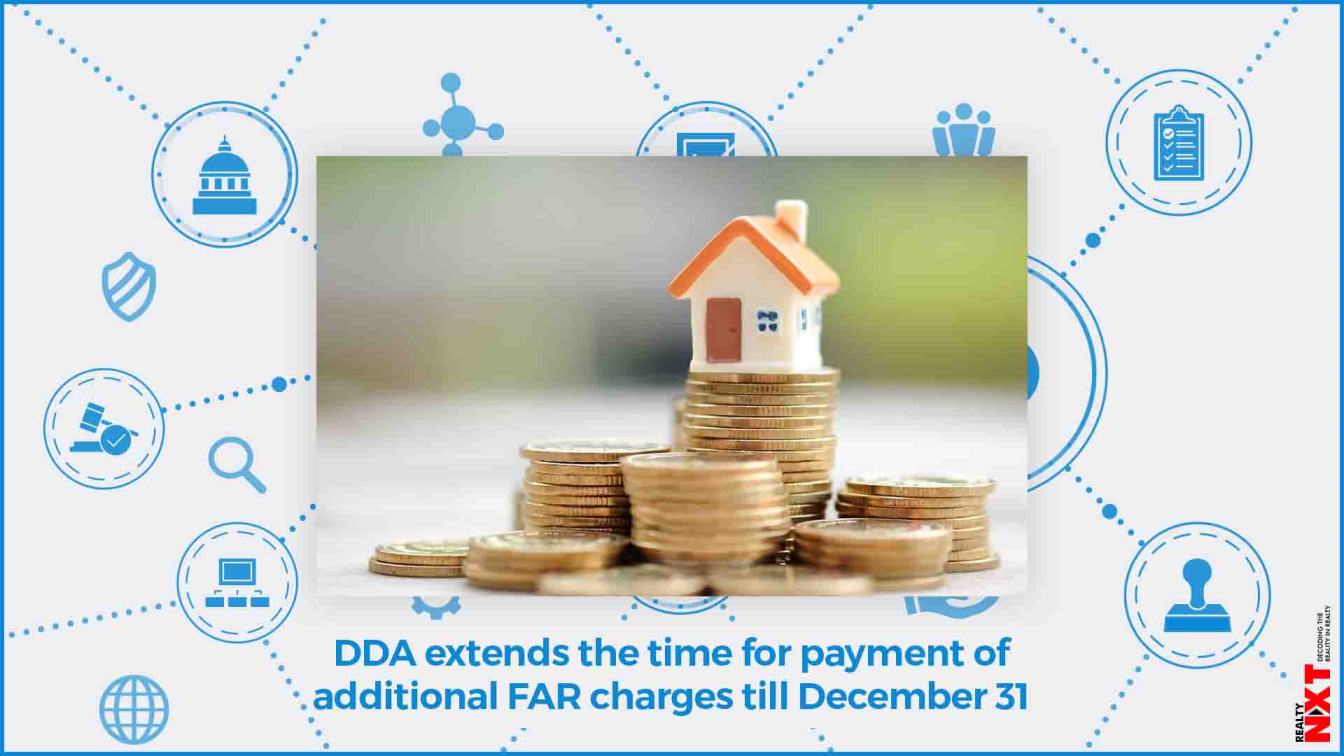 The decision was taken during the urban body’s Authority meeting, which was chaired by Delhi Lieutenant Governor Anil Baijal.

As a relief measure in view of the COVID-19 pandemic, the DDA on Tuesday decided to extend the time for payment of additional floor area ratio (FAR) and use conversion charges on reduced rates up to December 31, officials said.

The decision was taken during the urban body’s Authority meeting, which was chaired by Delhi Lieutenant Governor Anil Baijal.

FAR is the ratio of a building’s total floor area (gross floor area) to the size of the piece of land, upon which it is built.

Besides, the Delhi Development Authority (DDA) also proposed flexibility in use of land with higher FAR to incentivise in-situ rehabilitation projects, officials said.

“The policy provides for minimum residential component of land area for rehabilitation of squatters to be 60 per cent and maximum for remunerative use to be 40 per cent,” the DDA said in a statement.

The Authority has also approved a proposal for issuing public notice regarding proposed amendments or modifications which provide that the scheme should be designed in a composite manner with “an overall maximum FAR of 400 on the residential component of the land,” it said.

The maximum FAR of 300 on the remunerative component of the land shall be applicable irrespective of land use, officials said.

“Any use or mix of uses shall be permitted as proposed by the developer entity within the overall FAR of 300, in the remunerative component as per MPD (Master Plan of Delhi) provisions.

“In case the developer entity proposes mix of uses, the parking and other development control norms, will be applicable on pro rata basis, on the FAR utilised for the particular use,” the statement said.

The meeting was held online due the COVID-19 situation.

Delhi recorded 1606 fresh coronavirus cases on Tuesday, taking the tally in the city to over 1.15 lakh, while the death toll from the disease mounted to 3,446.

“As a relief measure in view of ongoing pandemic DDA extends time for making payment of additional FAR charges and use conversion charges for residential properties/cooperative group housing properties, on mixed use/commercial streets and commercial properties (excluding hotel and parking plots) and use conversion charges for mixed use/commercial use of premises and shop-cum-residence plots/complexes later designated as LSCs up to 31.12.2020 which was previously up to 28.06.2020,” the DDA statement said.

Sale of 50 per cent EWS flats of DDA quota in group housing projects was also proposed to be simplified to avoid double stamp duty, it said.

The proposals shall be forwarded to Union Ministry of Housing and Urban Affairs for final notification under section 57 of the DD Act, officials said.

The Authority also placed on record its appreciation for the contribution made by DDA Members Somnath Bharti, S K Bagga and O P Sharma during their tenure with the DDA which ended on February 11 this year, they said.

The Authority said Bharti, Sharma and Dilip Kumar Pandey, Delhi Assembly members, who have been declared as elected unopposed for representation in the DDA as Authority Members, the statement said.

ALSO READ: Karnataka Government Allows All To Buy And Own Farmland