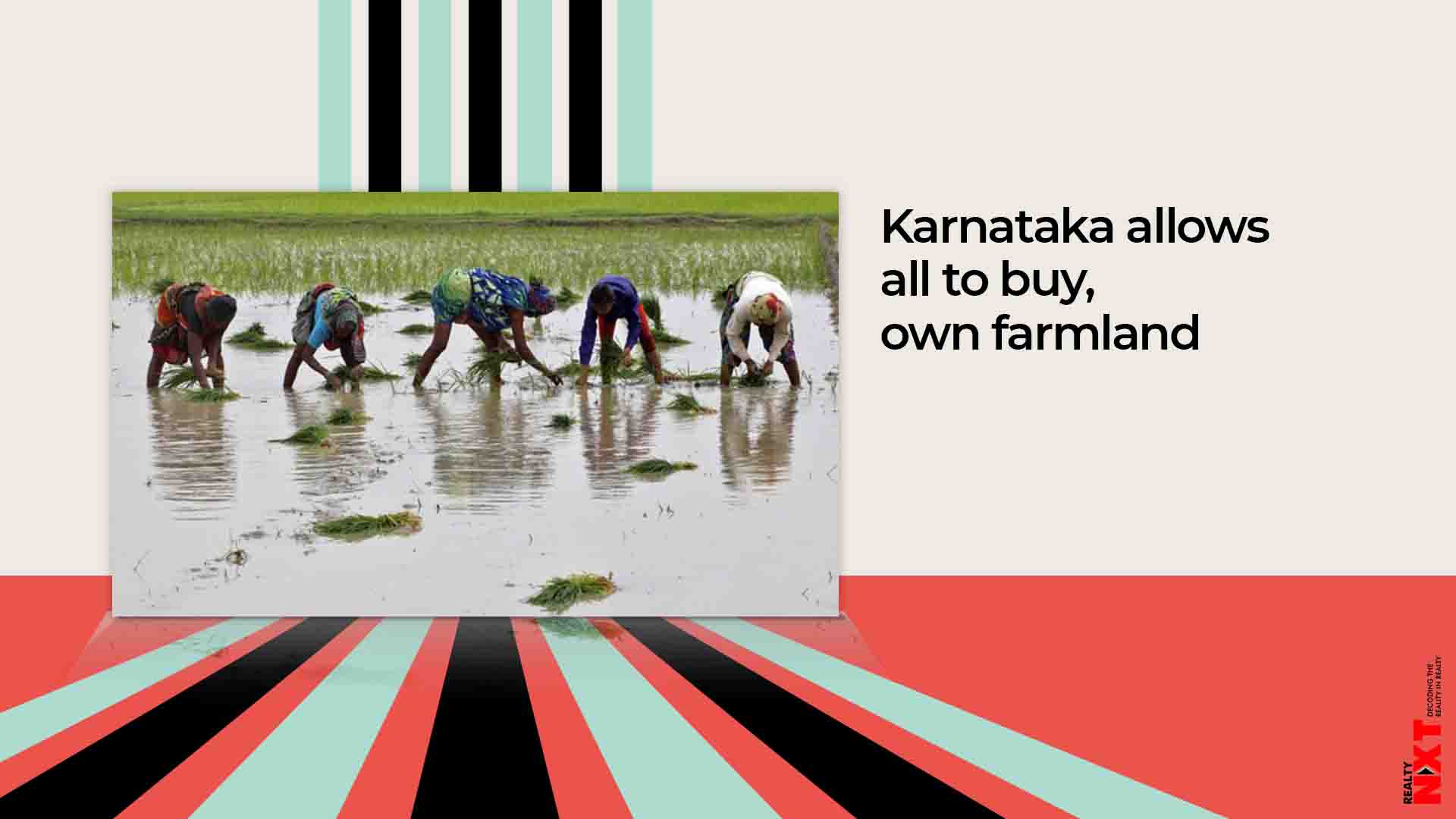 It now permits non-farmers to buy farmland and grow food crops. But they can’t use it for other activities.

Karnataka has made changes to the Land Reforms Act 1961 through an ordinance to allow non-agriculturists to buy and own farmland for farming, according to an official here on Tuesday.

“The Land Reforms Act has been amended through an ordinance and notified after Governor Vajubhai R. Vala gave his assent to it on Monday night,” a Revenue Department official told.

It now permits non-farmers to buy farmland and grow food crops. But they can’t use it for other activities.

“Sections 79 A, B and C of the Act have been repealed, paving way for bona fide citizens to invest in farmland and take to farming as a hobby, passion or additional occupation, which is rewarding,” the official said.

The amended Act will enable the state to attract investment in the farm sector and boost food output. The farm sector’s contribution to the state’s gross domestic product (GDP) has been less than manufacturing and services sectors over the last two decades.

Criticism by farmers, the Congress and the Janata Dal-Secular (JD-S) since the cabinet approved changes on June 11 forced the state government to retain section 80 of the Act, with an amendment, to prevent sale of the dam water irrigated farmland.

“The ordinance has also added a new section (80A), which says relaxations under the Act will not apply to land given to farmers under the Karnataka SC and ST Act 1978,” the official said.

The changes permits mortgage of farmland only to the state-run institutions, firms, cooperative societies as specified in the Act. The ordinance also makes legal cases pending in courts against the sections amended redundant as the new Act addresses the concerns raised in them.

“Besides generating substantial revenue for the state government, the Act will now allow farmers who find the occupation non-remunerative and risky due to droughts/floods and labour shortage to sell their surplus land to urban buyers,” the official said.

Hundreds of people who have been in diverse professions, like business, services, manufacturing, hospitality, education, health and teaching, will get an opportunity to take to farming and serve the nation.

“Though hundreds of people petitioned successive governments since 45 years to abolish the ‘draconian’ sections, they were ignored. I compliment Chief Minister B.S. Yediyurappa and Revenue Minister R. Ashok for the decision to allow everyone to buy farmland irrespective of their occupation or profession,” Ramamurthy had told.