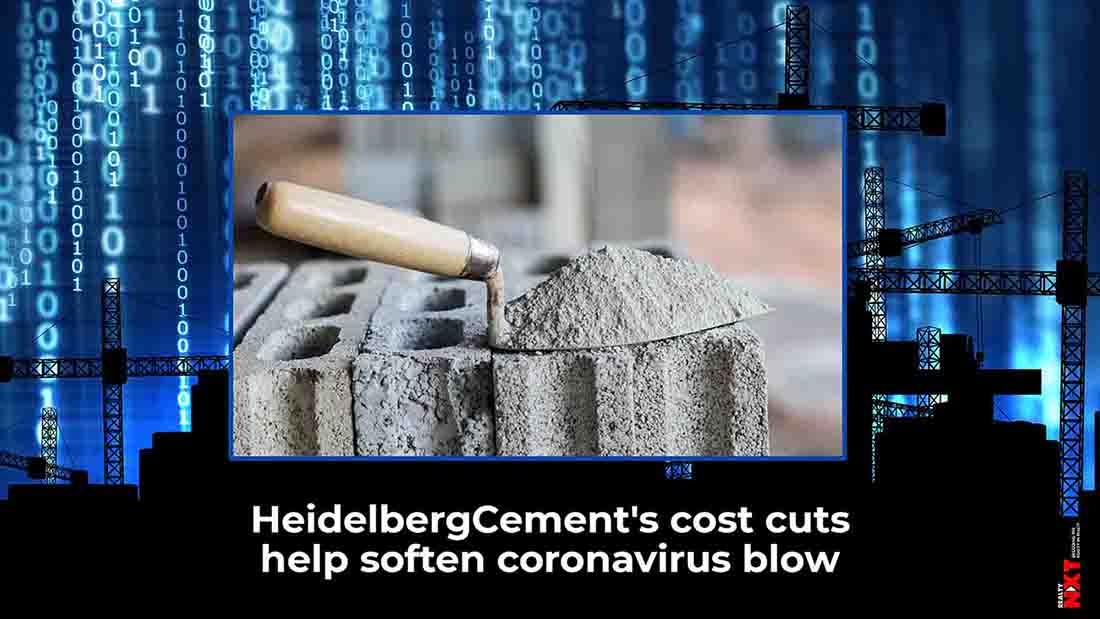 Shares in HeidelbergCement, which this month reported a 3.4 billion impairment charge, gained 3.8% on the news and rose to the top of Germany’s blue-chip DAX.

The world’s second biggest cement producer said in its preliminary results that sales from April to June were 4.324 billion euros ($4.93 billion), while earnings from current operations before depreciation and amortisation were 999 million euros.

This was higher than the Refinitiv forecast, which put sales at 3.928 billion euros and core earnings at 702 million euros.

The results follow a cost-cutting programme, dubbed COPE, which was launched in February to conserve cash to deal with a sharp decline in construction activity in April and May, when business slumped during lockdowns around the world.

“These measures took effect especially in the second quarter and made a significant contribution to the fact that the burden on earnings caused by the COVID-related decline in revenue was largely offset by cost savings,” the group said.

Shares in HeidelbergCement, which this month reported a 3.4 billion impairment charge, gained 3.8% on the news and rose to the top of Germany’s blue-chip DAX.