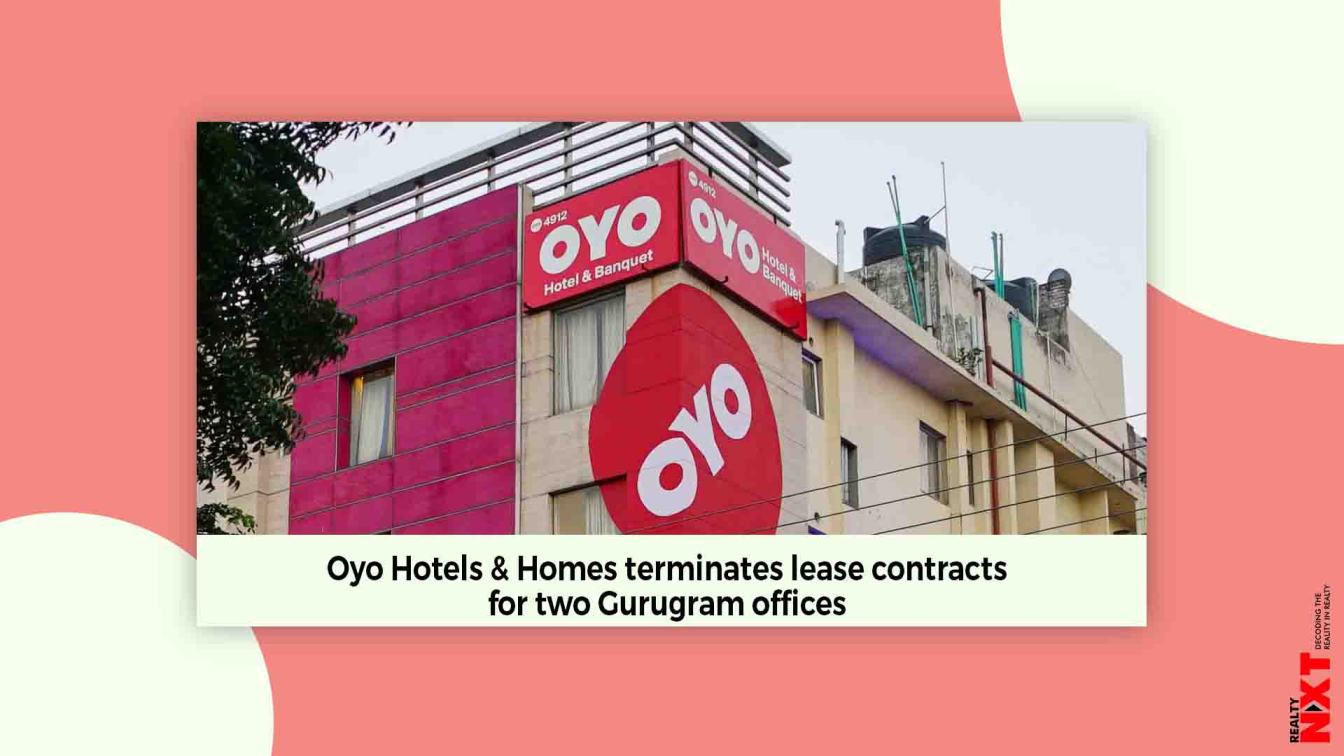 The SoftBank-backed company has vacated its offices at Spaze Palazo and in Udyog Vihar, invoking the ‘force majeure’ clause, the sources said

Oyo Hotels & Homes has terminated leases at two of its flagship corporate offices in Gurugram and is renegotiating the lease on a third, sources told, as the cash-strapped hospitality chain — battered by low occupancies due to the Covid-19 pandemic – moves to save on real estate costs.

The SoftBank-backed company has vacated its offices at Spaze Palazo and in Udyog Vihar, invoking the ‘force majeure’ clause, the sources said. Force majeure is enforced by companies during unforeseen events or in times of natural calamities.

Udyog Vihar had served as the headquarters of the Ritesh Agarwal-backed company for long. Oyo is also negotiating to terminate the lease on a third property, Capital Cyberscape, in which it occupied 150,000 square feet (sq ft).

“Oyo paid somewhere around 60 per square foot for 1.56 lakh sq ft office space at Capital Cyberscape, but that property has also now come to the market to be leased out,” a leading property consultant said.

According to real estate industry experts, the company, which is valued at $10 billion, is estimated to have paid rent of around 1.9 crore a month across the three properties.

When contacted, Oyo confirmed that it was taking a relook at office space requirements, without going into specifics. “We are reconsidering office space requirements and revisiting our contracts with landlords not just in Gurgaon, but across the country, to arrive at mutually acceptable terms, while operating within the realm of the contractual terms and conditions,” a company spokesperson said.

In Spaze Palazo, the company occupied 120,000 sq ft, paying an estimated 58 per sq ft for a fully furnished office space, according to multiple real estate industry sources with knowledge of the matter. The office has been vacated and is in the market to be leased out by the builder.

Separately, at Udyog Vihar, where the company is believed to have occupied 50,000 sq ft, the lease has been terminated. Sources also told that the company is shifting a number of its employees to co-working space Workflow, a brand owned by Oyo.

The Covid-19 pandemic has resulted in Oyo undertaking a significant number of employee layoffs and furloughs, enforcing pay cuts and shuttering properties across markets, as it looks to restructure operations across the globe.

Many startups have renegotiated rentals and invoked force majeure clauses as real estate is a major expense for most technology companies. For instance, ride-hailing app Swiggy, which in May laid off 1,100 people, said recently that it would identify and significantly reduce every single indirect cost such as hubs and office infrastructure.