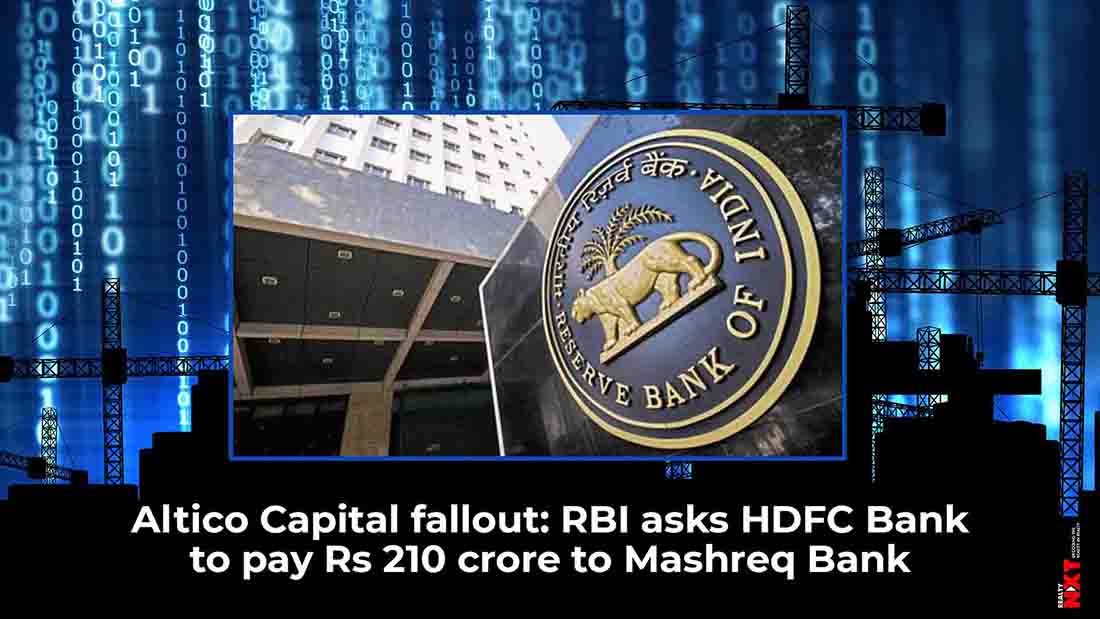 Altico and Mashreq claimed that the money was transferred from the Rs 650 crore ECB that the non-banking finance company had availed of from the Middle East bank and kept at HDFC Bank.

The Reserve Bank of India has directed HDFC Bank to pay Rs 210 crore to Mashreq Bank, which had extended a loan to real estate financier Altico Capital that is seeking central bank approval for debt resolution, people with direct knowledge of the matter told.

Last October, the indebted non-banking finance company and Dubai-based Mashreq Bank had approached the RBI accusing HDFC Bank of violating regulatory provisions by debiting part of the funds the company had raised through external commercial borrowing (ECB) and parked at the Indian bank.

“The new owner will not accept the Mashreq liability on the balance sheet as the money parked in HDFC Bank was not released,” said a banker associated with the resolution exercise.

Altico and Mashreq claimed that the money was transferred from the Rs 650 crore ECB that the non-banking finance company had availed of from the Middle East bank and kept at HDFC Bank.

According to the RBI’s master circular on ECB, borrowers are “allowed to park ECB proceeds in term deposits with AD (authorised dealer) Category I banks in India for a maximum period of 12 months cumulatively. These term deposits should be kept in an unencumbered position”.

“There is a Chinese wall between the authorised dealer and a bank. This money was ringfenced as it came through the ECB route,” said one of the people cited above.

ECB proceeds meant for rupee expenditure should be repatriated immediately for credit to rupee accounts with AD Category I banks in India.

Under the stewardship of State Bank of India, Altico’s debt resolution will help more than two dozen lenders recover at least Rs 2,754 crore out of the total outstanding debt of Rs 3,872 crore. Under the new ownership, all employees of Altico Capital would be retained.

ALSO READ: Karnataka Government Allows All To Buy And Own Farmland