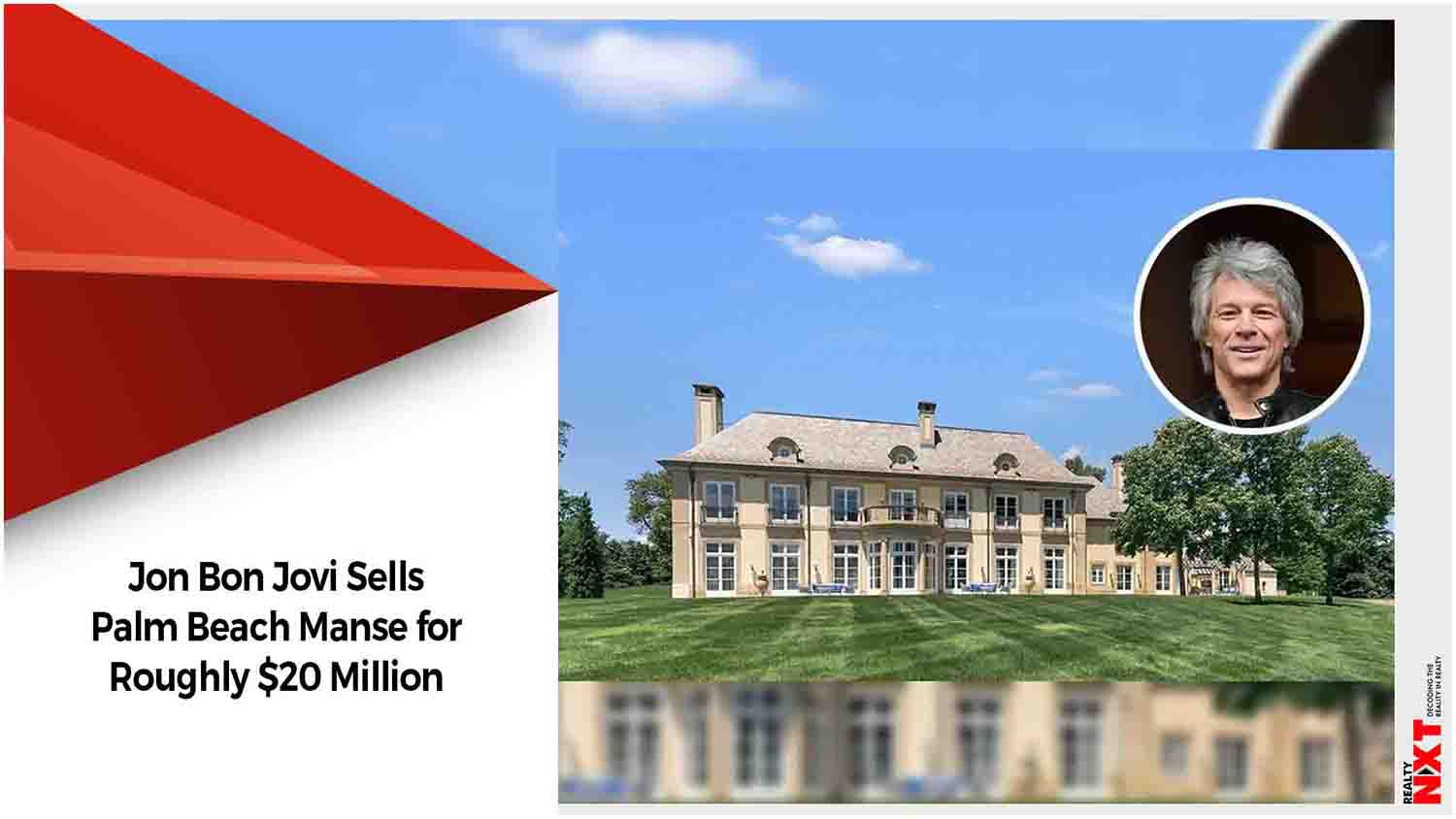 A contemporary Palm Beach home newly built by the rocker Jon Bon Jovi has sold to an unknown buyer for roughly $20 million, according to a person familiar with the transaction.

The five-bedroom beachfront house is located on North Ocean Boulevard, just a few blocks from the iconic Breakers Palm Beach hotel and about 4 miles from Mar-a-Lago, President Trump’s private club.

Mr. Bon Jovi recently completed construction on the roughly 5,000-square-foot home after buying the site for $10 million 2018 and razing an older property on the site. The new house has oak and limestone flooring, Cypress wood ceilings, an elevator, a library and ocean views from almost every room, according to the listing. The property also includes a two-car garage, an outdoor pool surrounded by palm trees, and private beach access.

The “Livin’ on a Prayer” rocker, 58, is originally from New Jersey. His 15-acre estate in Monmouth County, N.J., also recently came on the market for $20 million. In 2018, Mr. Bon Jovi sold his three-bedroom apartment in Manhattan’s West Village for around $15 million.

The Palm Beach market has been heating up amid the coronavirus pandemic. In June, the Kennedy family’s former Palm Beach compound sold for $70 million, the latest in a string of megawatt deals in the area.

ALSO READ: After Lizzo Leaves, You Can Rent Amazing Vacation Pad For $30K A Month