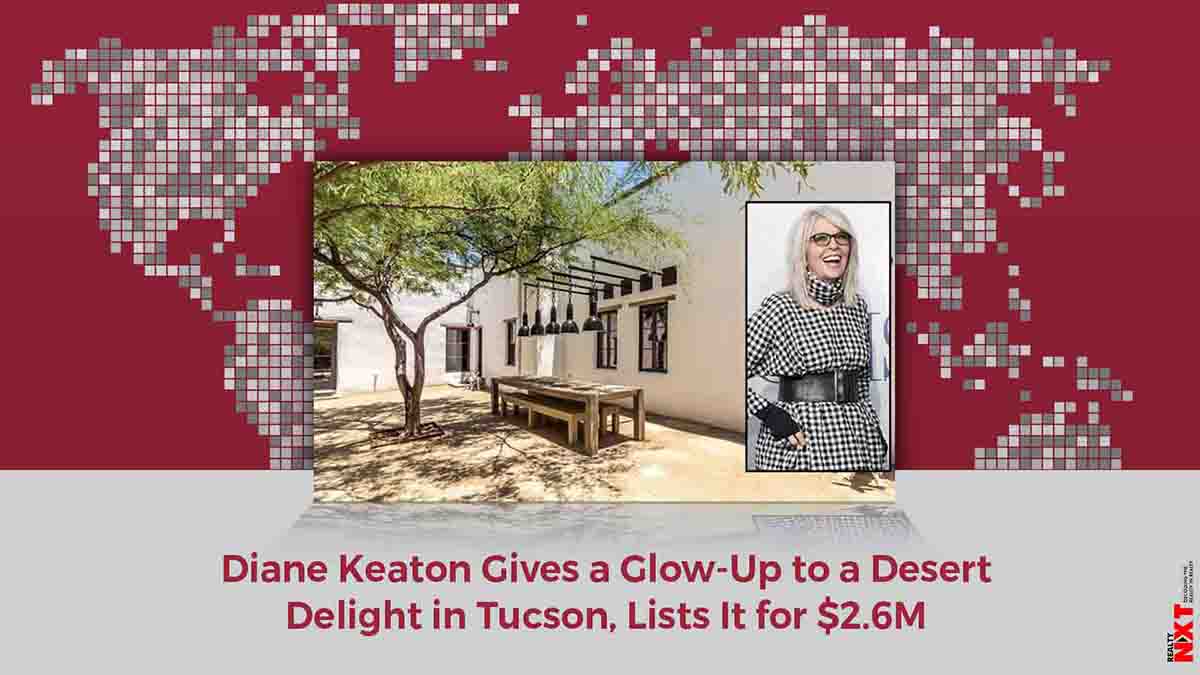 For a buyer in search of a stylish retreat overflowing with Southwestern charm, this is an Arizona oasis.

The A-list actress Diane Keaton made a terrific desert deal in 2018, when she scooped up a historic, artsy barrio property in Tucson, AZ, for $1.5 million.

Now, after a gangbusters glow-up, the home is back on the market for $2.6 million. For a buyer in search of a stylish retreat overflowing with Southwestern charm, this is an Arizona oasis.

The adobe structure was built in 1900 and sits on more than a third of an acre in Tucson’s Barrio Viejo neighbourhood. Between 2014 and 2018, the writer Kathe Lison and her husband, Chris Cokinos, painstakingly converted the place into a rustic four-bedroom, four-bathroom, 4,500-square-foot home.

Once Keaton saw the house and its potential, she quickly offered the couple $1.5 million for the property. It was an offer they simply couldn’t refuse, and Keaton purchased the property that summer.

Since then, she has been busy taking the unique space to new heights, adding an enormous pool and further refining the interiors. The result is an unmitigated triumph.

That’s a more dramatic look than when Keaton bought the place, shown here.

Here’s a look at the before and after of the home’s living room.

The kitchen also got a major overhaul.

The work that Keaton oversaw doesn’t overpower or erase the work the previous owners put into it. It builds on their vision and takes it to new heights.

The local real estate community has kept a keen eye on the home ever since Keaton purchased it, hoping that her style, savvy, and star power might usher in a resurgence of downtown Tucson.

The results speak for themselves. Now all that’s left is to find a style-forward buyer willing to take the plunge. With a pool like that, who could resist?