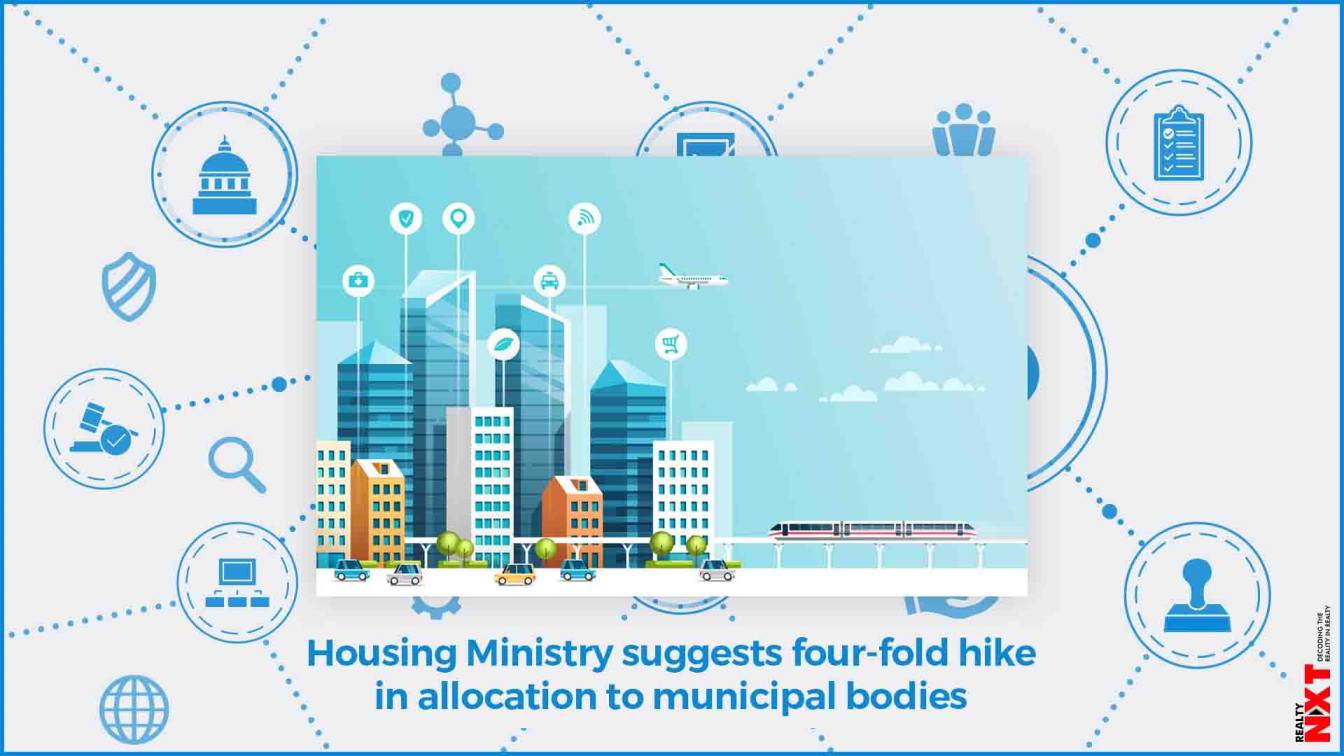 The Ministry of Housing Affairs has suggested the Finance Commission increase the total allocation to urban municipal bodies by around four times.

In a meeting with the commission on Friday, attended by Housing and Urban Affairs Minister Hardeep Singh Puri and senior ministry officials, the ministry recommended an increase in allocation to urban municipal bodies from Rs 87,143 crore to Rs 3,48,575 crore.

An official statement said that the Secretary of Housing and Urban Affairs Ministry Durga Shanker Mishra has made a detailed presentation to the commission and submitted MoHUA’s revised memorandum to the commission for the purpose of the fifteenth Finance Commission’s (XVFC) Report 2020-2021 to 2025-2026.

Among the non-financial recommendations, the ministry suggested the commission to bring change in mandatory conditions of property tax.

It also asked for measures against COVID-19, including separate grants to urban local bodies for public health infrastructure, 9.4 per cent of central taxes.