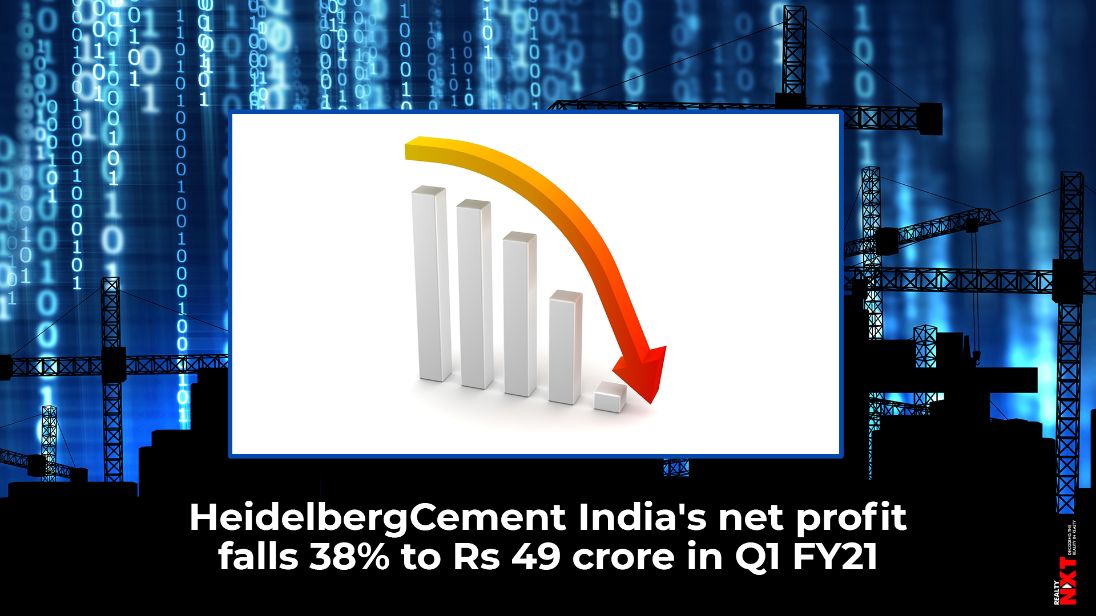 The company said its sales volume declined due to suspension of operations during the lockdown period.

“Volume decreased by 32 per cent, primarily driven by the suspension of operations in April 2020. The decrease in volume impacted revenue and profitability during the quarter,” said HeidelbergCement India, a subsidiary of HeidelbergCement Group.

Cement sales volume during the quarter was 857 KT as against 1,258 KT earlier.

Shares of HeidelbergCement India Ltd settled at Rs 181.45 on BSE, up 2.05 per cent from the previous close.