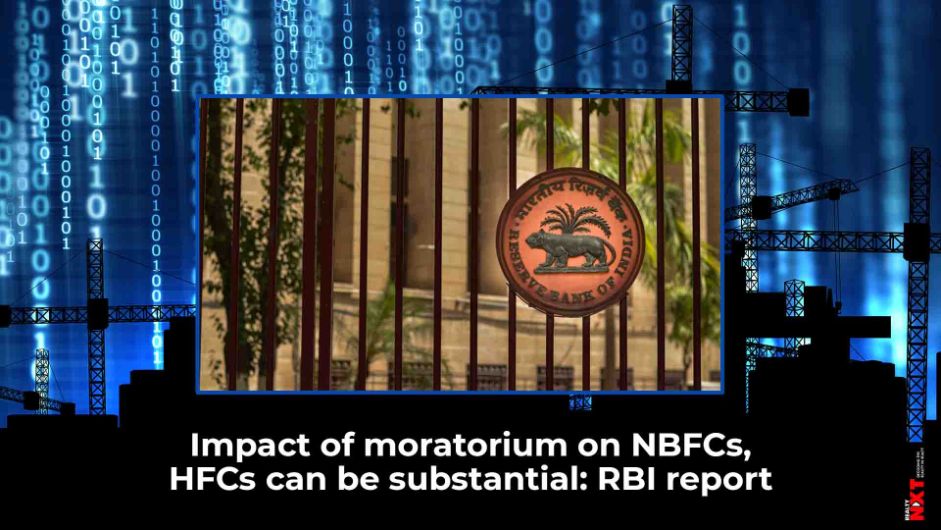 In March, the RBI had announced a moratorium on repayment of term loans till May 31.

Impact of the loan moratorium on private non-banking financial companies (NBFCs) and housing finance companies (HFCs) can be substantial, with close to 50 per cent of the aggregate assets under moratorium as of April-end, the RBI’s Financial Stability Report said on Friday. In March, the RBI had announced a moratorium on repayment of term loans till May 31. It was later extended for another three months.

“The impact of the moratorium on private NBFCs/HFCs can be substantial, with proportion of assets under the moratorium for NBFCs averaged between 39-65 per cent based on underlying assets with approximately 50 per cent of the aggregate assets under moratorium as on end April 2020,” the Financial Stability Report (FSR) showed.

Based on the disclosures made by NBFCs/ HFCs, the assets under moratorium are dominated by wholesale customers and real estate developers, although retail portfolios in the micro-loans and auto loan segments have also been affected, it said.

The report also raised concerns over the declining share of market funding for NBFCs as it has the potential to accentuate liquidity risk for these firms as well as the financial system.

“Smaller / mid-sized and AA or lower rated / unrated NBFCs have been shunned by both banks and markets, accentuating the liquidity tensions faced by NBFCs which was also reflected in the lacklustre response to the targeted long-term repo operations 2.0 (TLTRO 2.0),” it said.

Banks and market borrowings account for over 70 per cent of total outside liabilities of the NBFC sector.

With the waning of market confidence, the share of long-term market debt (non-convertible debentures) in total borrowings of the NBFC sector declined to 40.8 per cent at end-December 2019, from 49.1 per cent at end-March 2017, the report said.

The consequent funding gap was met through bank borrowings, which rose from 23.1 per cent of total borrowings to 28.9 per cent over this period.

The report also said in the aftermath of the IL&FS crisis, NBFCs have been facing differentiation in market access and financial conditions, with only the higher-rated entities able to raise funds.

NBFCs have also started maintaining liquidity cover of two to three months, despite the higher costs, it said.

“In the context of COVID-19, however, risks to the sector and consequently, systemic risks can intensify,” the report said.

It said access of NBFCs/HFCs to capital markets, both debt and equity, is of significant importance to the sector.

NBFCs were the largest net borrowers of funds from the financial system, with gross payables of Rs 8.84 lakh crore and gross receivables of Rs 0.89 lakh crore as at end-March 2020.

They obtained more than half of the funds from banks, followed by AMC MFs and insurance companies, it said.

The report said HFCs were the second largest borrowers of funds from the financial system, with gross payables of around Rs 5.91 lakh crore and gross receivables of Rs 0.45 lakh crore as at end-March 2020.

“Therefore, failure of any NBFC or HFC will act as a solvency shock to their lenders which can spread by contagion,” it added.