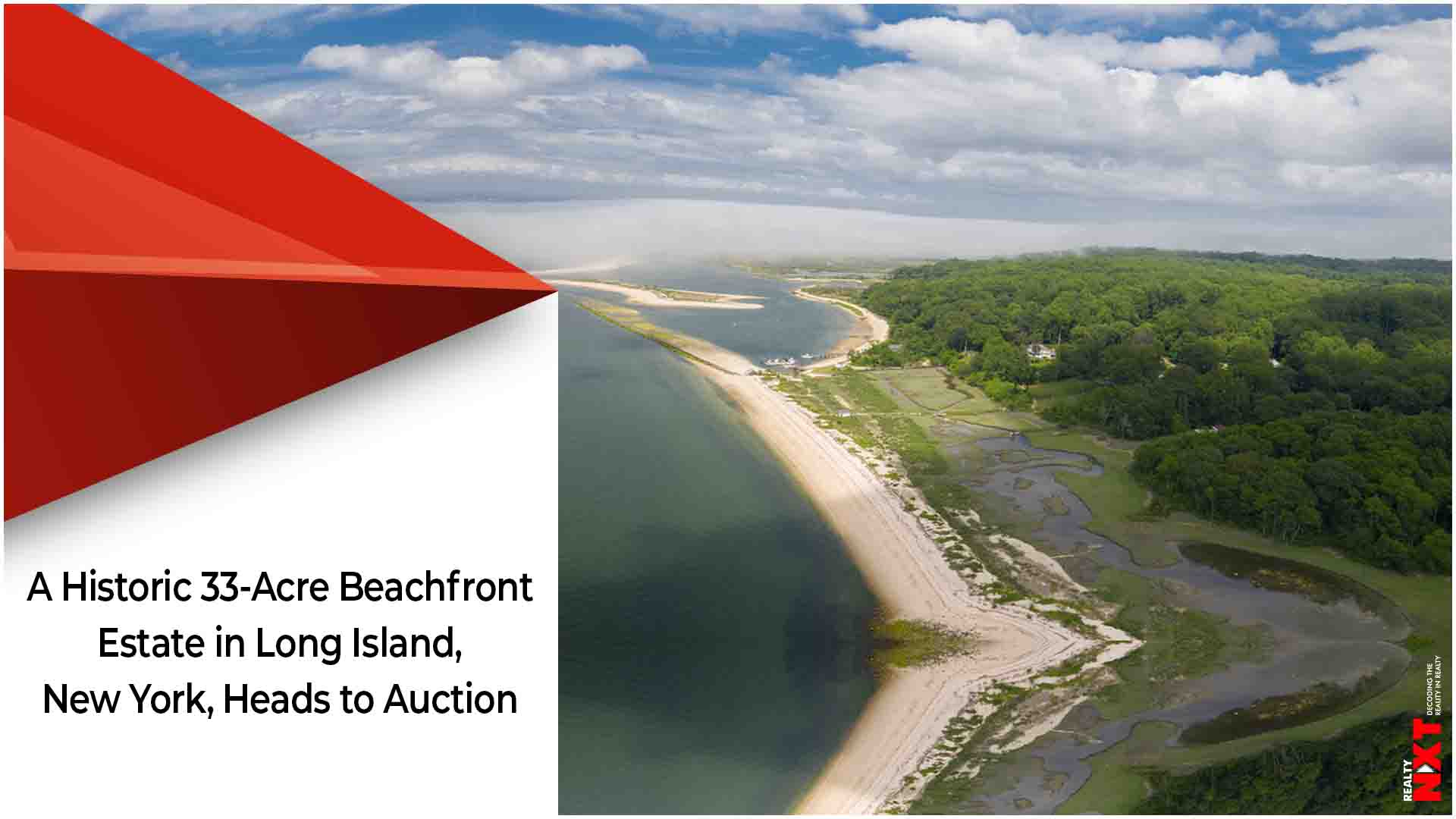 The 33-acre estate is currently owned by Gabriele Langer, according to public records, who used part of her first name to name the property.

Villa Riele, a 33-acre beachfront estate in Lloyd Harbor, New York, that has four lots and a main residence designed by architect Edward Durell Stone, will be auctioned onsite on Aug. 1.

The property was originally part of the estate of Gilbert Bayard Colgate, great grandson of William Colgate, who founded the consumer product company that would become Colgate-Palmolive. The original mansion was sold and is now a neighboring estate to the east of Villa Riele, according to Elite Auctions, which is handling the sale.

The 33-acre estate is currently owned by Gabriele Langer, according to public records, who used part of her first name to name the property.

Lloyd Harbor is on the Long Island’s Gold Coast, about 50 minutes drive to Manhattan.

Ms. Langer is also known as Baroness von Langendorff, the widow of Baron Walter Langer von Langendorff, a chemist and perfume magnate famous for creating a fragrance called White Shoulders, which was later sold to Elizabeth Arden. He died in 1983.

Ms. Langer, who has lived at The Pierre in Manhattan for more than 40 years, is a long-time doyenne of the New York society circuit. She could not be immediately reached for comment.

The estate has 700 feet of beach frontage across four lots. The main, Mid-Century residence was designed by Stone, who is best known for his work on New York landmark buildings such as Radio City Music Hall, the lobby and ballroom of the Waldorf-Astoria, the Museum of Modern Art and the General Motors Building. He also designed the Kennedy Center in Washington, D.C.

This estate “has a rich history and rare architectural pedigree,” said Tara McLean, president of Elite Auctions. “Along with the principal property sitting on 11 acres are a 2.2-acre, a 9.8-acre and a 10-acre buildable lot—all three are included in this no-reserve auction.”

The property has been on and off the market since 2018, with an asking price ranging from $11.75 million to $18 million, according to listing records. It was last listed on July 8 for $18 million.