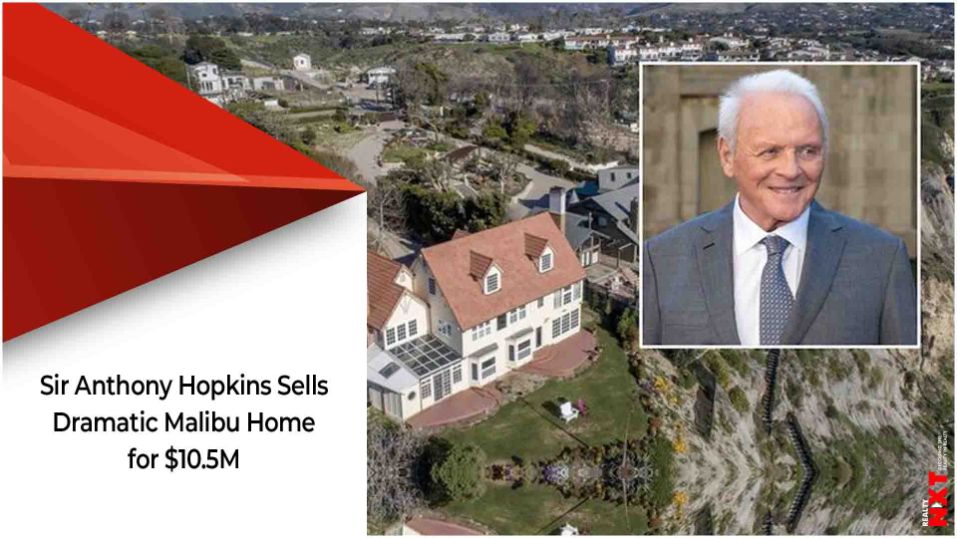 While $1 million off the original asking price represents a slight discount, the legendary actor still came out ahead

The charming Point Dume Bluff estate, overlooking the Pacific, came on the market earlier this year for $11.5 million. Last week, the home sold for $10.5 million.

While $1 million off the original asking price represents a slight discount, the legendary actor still came out ahead. The star purchased the Cape Cod-style traditional back in 2001 for $3,795,000.

Set on 1 acre, surrounded by lush lawns, and mature trees for privacy, the grassy grounds include the 4,000-square-foot main house, as well as a separate one-bedroom guesthouse.

The main house has four bedrooms and four bathrooms and includes a large living area with a white painted stone fireplace. There are wood floors and a kitchen with a tiled floor, which opens to a glass-enclosed breakfast nook.

Awe-inspiring views are offered from every room in the main house, the listing notes.

The main suite has a sauna, and the home is connected by a spiral staircase.

Hopkins apparently switched out the original look, painting the exterior a pale yellow and adding clay tile to the roof.

The next owner may go further. The listing suggests that the next residents could move right in, “renovate or build your dream home in this prime location.”

It will be interesting to see whether Hopkins’ home manages to avoid the wrecking ball.

The knighted actor has received an Oscar, three BAFTAs, two Emmys, and the Golden Globe Cecil B. DeMille Award.

The Welshman may be best known for his chilling performance as Hannibal Lecter in “The Silence of the Lambs.” He has also starred in “Nixon,” “Remains of the Day,” and most recently, “The Two Popes.”