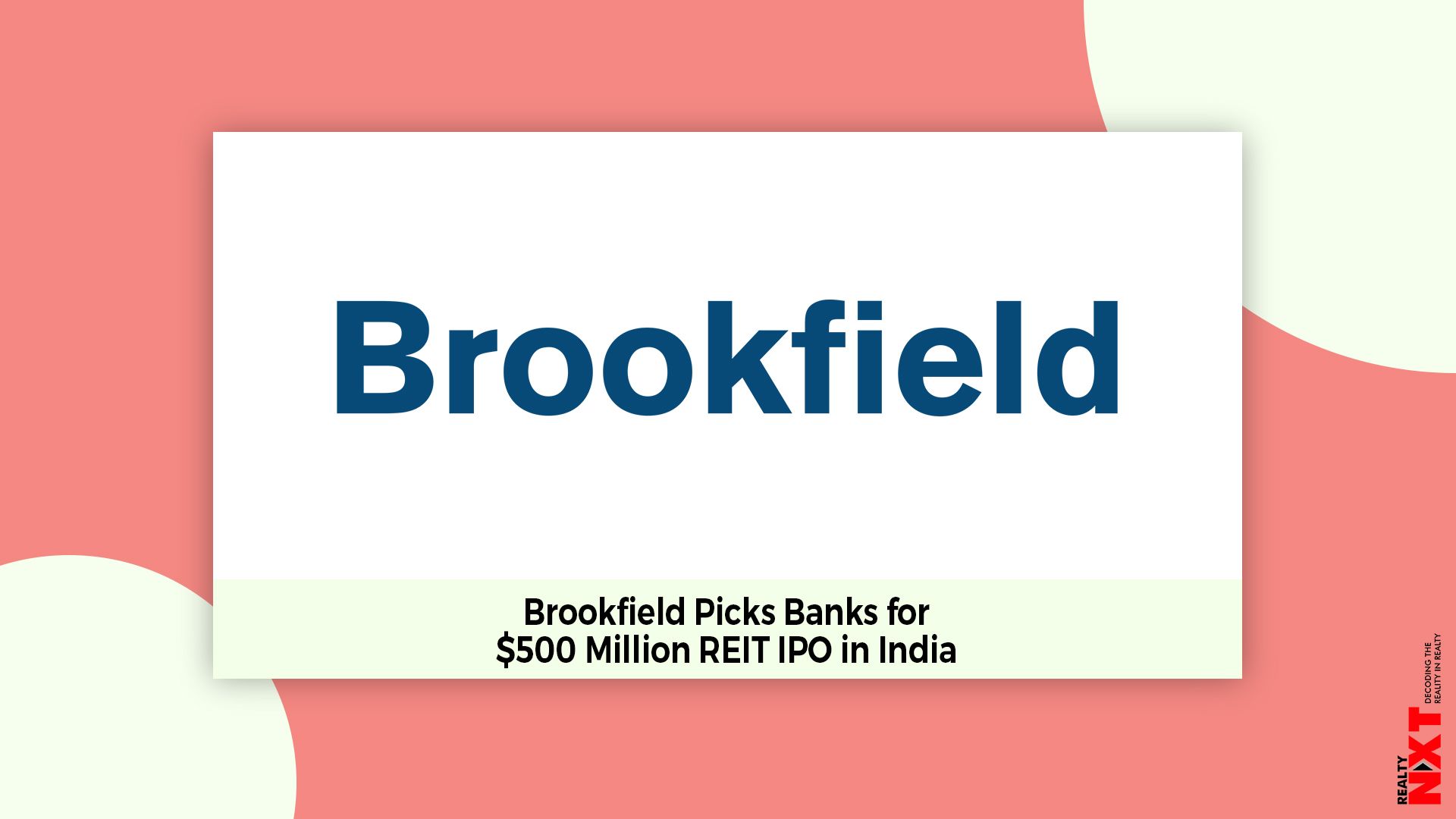 The exact size, dilution and other such factors will be finalized soon along with the assets that would be offered under this offering, he said.

Brookfield Asset Management Inc. has picked banks for an initial public offering of its India real estate investment trust that could raise at least $500 million, according to people familiar with the matter.

The Canadian asset manager has selected Bank of America Corp., Citigroup Inc. and Morgan Stanley to arrange the REIT offering, said the people, who asked not to be identified as the information is not public. A listing on the Mumbai stock exchange could happen as soon as the end of this year, the people said. Brookfield held discussions on the potential IPO of its commercial real estate assets in India since late last year.

Details of the offering including its size and timeline could still change and more banks could join at a later stage, the people said. A successful offering will add to India’s growing number of REIT listings, including Blackstone Group Inc.-backed Mindspace Business Parks REIT, which has raised about 26.5 billion rupees ($354 million) from anchor and strategic investors before its proposed 45 billion rupee public offering.

The debut of Embassy Office Parks REIT last year marked the country’s first such listing as the regulator kept tweaking rules to make it more attractive to developers and investors. It’s opened a fundraising avenue for India’s cash-starved property sector. Brookfield, which manages more than $515 billion assets globally, owns and operates 22 million square feet of office properties in India, according to its website.

It also owns seven toll roads, solar and wind assets, a construction business and real estate management services in the South Asian nation. Representatives for Brookfield, Citigroup and Morgan Stanley declined to comment, while a representative for Bank of America did not respond to a request for comment.

ALSO READ: Collateral Beneficiary Of The COVID-19 Era: Self Storage