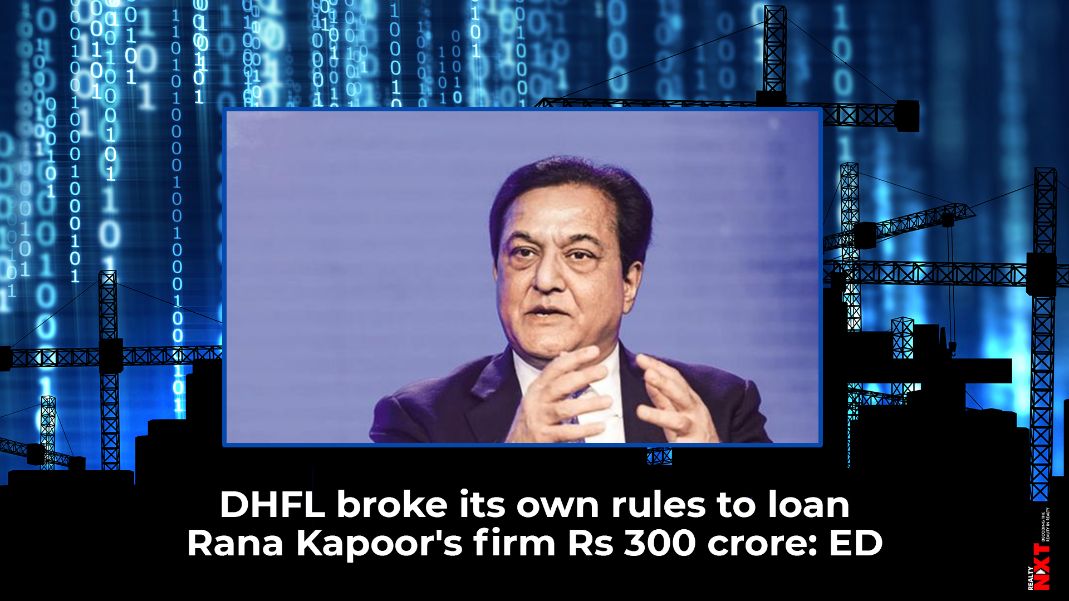 The firm has since been renamed to DOIT Urban Ventures India Pvt Ltd.

The Enforcement Directorate’s (ED) investigation into Yes Bank founder Rana Kapoor’s allegedly suspicious transactions with Dewan Housing Finance Corporation Limited (DHFL) in 2018 has revealed that the firm allegedly gave a Rs-300 crore loan in April 2018 to a Kapoor controlled firm without the required nod from its own finance committee.

The loan – to a firm called DOIT Enterprises (India) Pvt – was in addition to an initial loan of Rs 300 crore sanctioned to it in May 2017 by DHFL’s finance committee as per its procedures. The firm has since been renamed to DOIT Urban Ventures India Pvt Ltd.

In April 2018, the loan amount was increased to Rs 600 crore on the basis of a letter from Radha Kapoor, daughter of Rana and Bindu Kapoor.

Wadhawan told the ED that in April 2018, less than a year after DHFL sanctioned the Rs-300 crore loan, it received a letter from Radha Kapoor, a director of DOIT, requesting it to increase the loan to Rs 600 crore and replace the old security and guarantor with new ones, Wadhawan told the ED.

“On the basis of the said letter, the bridge loan of Rs 300 crore was sanctioned by DHFL to DOIT Urban Ventures (India) Pvt Ltd,” he said. Radha Kapoor and her sisters Rakhee and Roshini each own 33 per cent of DOIT.

The ED charge sheet read, “He [Kapil Wadhawan] further stated that in DHFL there was no specific board-approved policy stating as bridge loan, however, considering the urgent need of the borrower he had sanctioned the bridge loan of Rs 300 crore. The purpose of the bridge loan was general corporate purpose.”

The ED charge sheet said that Wadhawan confirmed to them that under DHFL policy he was not empowered to sanction a loan beyond Rs 100 crore by himself. “However, he did not recollect the exact reason as to why this loan proposal was not sent for sanctioning to the finance committee,” it read.