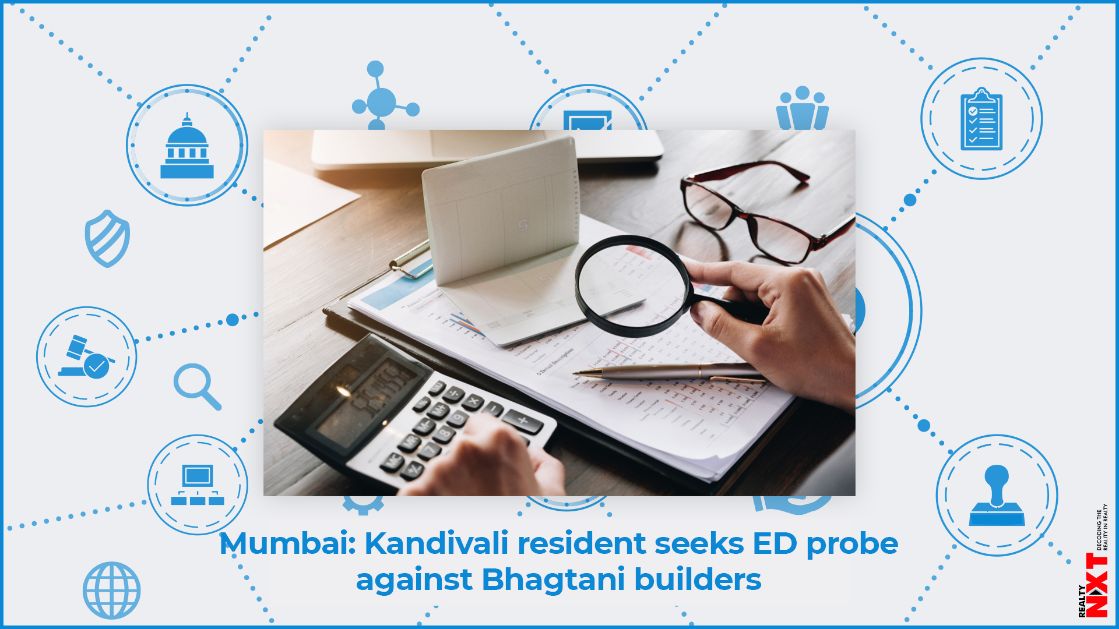 A flat purchaser for one of the construction projects by Bhagtani builders has approached the Bombay High Court seeking an Enforcement Directorate investigation into the case against them, terming the Mumbai Economic Offences Wing’s investigation as inadequate.

The petition filed by a Kandivali resident Nirmala Rao, who had purchased a house in one of the projects located at suburban Kanjurmarg, says that despite filing a charge sheet in September last year, and lapse of so many months ever since, the Mumbai EOW has been able to trace just Rs 96 lakh out of the alleged scam size of Rs 147 crore for that project.

There are nine cases registered against the Bhagtanis and their companies for allegedly fleecing flat purchasers across various projects across the year 2017. Of these, four were taken over by the Mumbai EOW, which pertained to projects at Powai, Kanjurmarg, Dahisar and Mira Road.

The petition, filed through Advocate Sunny Punamiya, alleges that though the only Bhagtani who has been arrested in the case – Diipesh Bhagtani – had accepted the liability of Rs 147 crore for the project before the HC during his anticipatory bail application hearing, the EOW hasn’t been able to trace the amount or assets in which the money could have been invested. Hence, the petition contends, the case needs to be investigated by the Enforcement Directorate.

Diipesh’s brother Mukesh and his father Laxman are still absconding. Diipesh was granted bail in all the cases he was arrested and came out of jail after remaining in custody for close to 19 months, after he surrendered in January 2018.

“Till today, the investigating agency could not ascertain the details of the aforementioned amount – where is the proceeds of the crime, if it is not deposited in the account of the accused then where has it been siphoned off, what properties have been purchased from the said proceeds of crime etc.,” the petition argues.

It also alleges that there is every possibility that the absconding Bhagtanis – who are suspected to be holed up in the United Arab Emirates – “may have played an active part in concealing the trail of money and/or information with relation to various properties acquired through the proceeds of crime.”

Highlighting the alleged failure of the Mumbai EOW investigation, the petition also says that as per the charge sheet, the investigating agency had conducted forensic audit to look into the trail of money from the Bhagtanis and their companies accounts, but there is no report on the forensic audit so far.