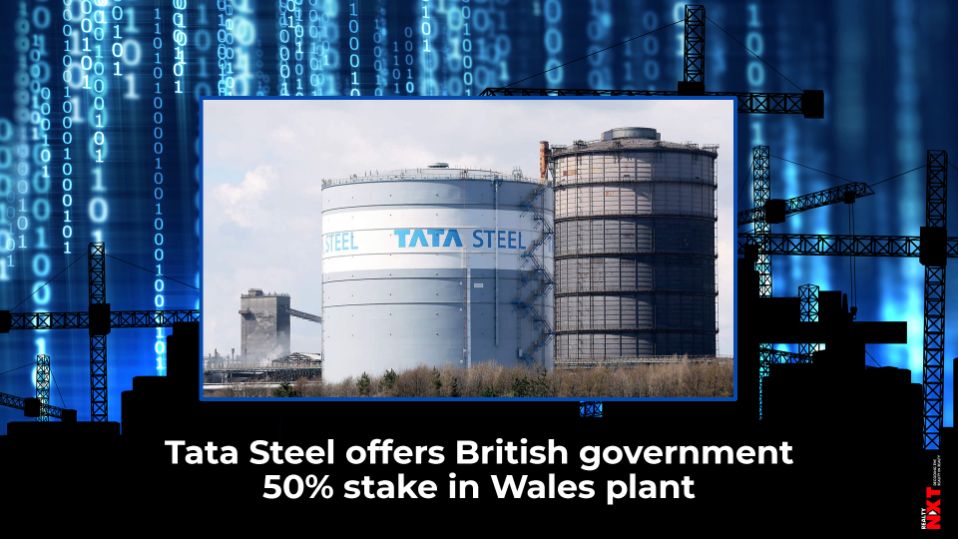 The development comes at a time when the steel industry including the company reels under the financial woes brought about by the Covid-19 pandemic.

Tata Steel is reportedly in talks with the UK government and has offered up to 50% stake in Port Talbot steelworks in Wales for around 900 million pounds or $1.15 billion. According to a report by Sky News, Tata Steel has presented proposals to the UK government in recent weeks aimed at securing a state investment for its UK operations. The development comes at a time when the steel industry including the company reels under the financial woes brought about by the Covid-19 pandemic.

The report added, “the talks are at a tentative, rather than concrete stage, and the structure of any deal, as well as the size of any financial contributions, remain far from being finalised.”

Tata Steel spokesperson, however, said that the company does not comment on speculations.

As per Sky News, the plan is that the state would get a stake of as much as 50% in Britain’s largest steelmaker and the deal would also involve the Tata Steel writing off a similar amount of debt it’s owed by the U.K. business.

Tata Steel has two integrated (blast furnace-based) steelmaking sites in Europe — one in Port Talbot in south Wales and the other in Ijmuiden in the Netherlands.

The company has been going through a financial stress of late. The auditors of Tata Steel had raised concerns regarding the ‘material uncertainty’ of its European arm due to the Covid-19 pandemic’s severe impact on its financials, in the company’s January -March quarter earnings.

The auditors, in their notes for the fourth quarter earnings, said Tata Steel Europe (TSE), a wholly owned subsidiary of Tata Steel, had assessed the potential impact of the downturn in steel demand due to the Covid-19 pandemic on its future business outlook.