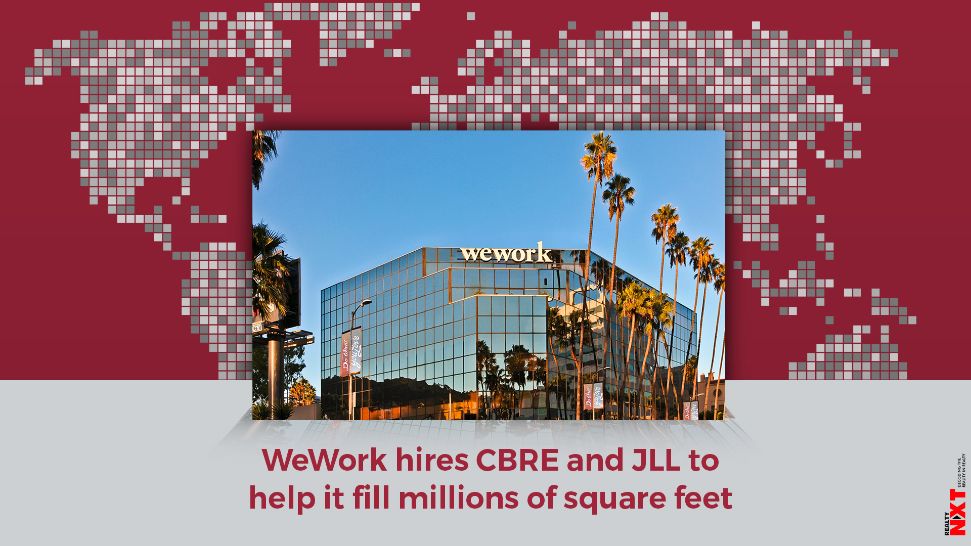 The company has an estimated 2 million square feet of available space in New York, or around 20 percent of its portfolio.

WeWork has hired JLL and CBRE to help fill millions of square feet now vacant, in New York City and Los Angeles, as the co-working giant continues to get pummeled by the effects of the coronavirus.

JLL is marketing WeWork spaces at seven buildings in Manhattan and a WeWork spokesperson said the company plans to hire one or more brokerages to help lease four other spaces in the city. The company has an estimated 2 million square feet of available space in New York, or around 20 percent of its portfolio.

CBRE is marketing four WeWork locations in L.A., whose commercial leasing has taken a major hit in recent months. A record 5 million square feet of sublease space hit the market in the second quarter — a five-fold increase from the first quarter.

WeWork has been rethinking its long-term strategy since its disastrous attempt at an IPO last fall and subsequent leadership changes. The pandemic’s impact, which has led to a work-from-home revolution, has only worsened the situation. Last month the company pulled out of a planned 115,000-square-foot lease at 149 Madison Avenue in Manhattan.

It’s also doubled down on its shift from smaller independent tenants that were long its base clientele toward larger “enterprise” tenants.

The second quarter marked the first time that companies with more than 500 employees accounted for half of WeWork’s core revenue outside China and India.

ALSO READ: “PropTech Has Been Gaining Traction As One Of The Biggest Trends In Real Estate”