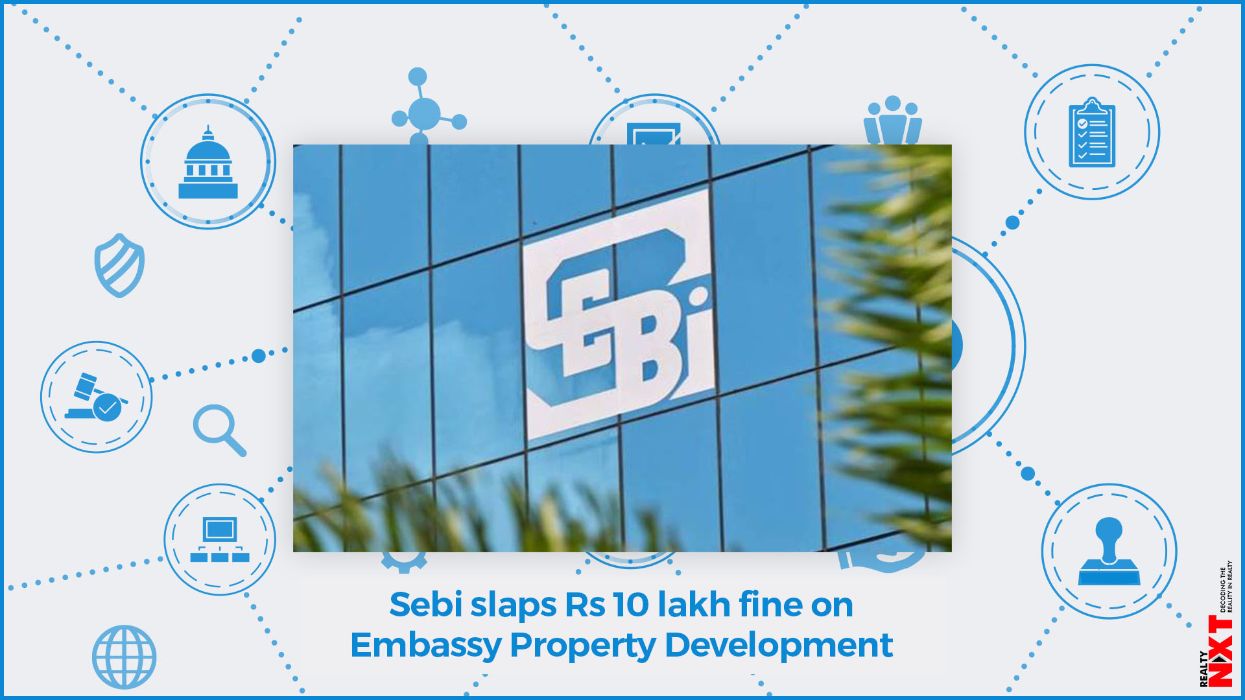 Embassy Property Development failed to bring down its shareholding to 75 per cent or less as per SAST Regulations.

Markets regulator Sebi on Thursday imposed a penalty of Rs 10 lakh on Embassy Property Development Pvt Ltd for failing to bring down non-public shareholding in Mac Charles (India) Ltd to below 75 per cent within the required timeline.

Sebi, in its order, noted that Embassy Property Development acquired 73.41 per cent shares of Mac Charles (India) Ltd by way of share purchase agreement in February 7, 2017 and then pursuant to the open offer, its stake increased to 79.77 per cent in the company.

Embassy Property Development failed to bring down its shareholding to 75 per cent or less as per SAST Regulations.

“Noticee (Embassy Property Development) has failed to comply with the MPS (minimum public shareholding) requirements and that noticee was required to bring down the non-public shareholding to 75 per cent or below within twelve months from date of change in shareholding i.e. February 7, 2017, and thereby to ensure compliance with…the SAST Regulation,” Sebi said in its order.

Accordingly, the regulator levied a fine of Rs 10 lakh on Embassy Property Development.

In a separate order, Sebi levied a penalty of Rs 12 lakh on Alok Industries for disclosure lapses.

The company failed to make prompt disclosure of its non-convertible debentures (NCDs), which were issued and listed during 2011 to 2012 period, to the stock exchanges, among others, as required under Listing Obligations and Disclosure Requirements.

In a separate order, Sebi exempted Chowdhary Foundation from open offer obligations with respect to proposed acquisition of shares in Titagarh Wagons Ltd.

Under the proposed transaction, the trust will directly pick up 10.86 per cent shares and indirectly acquire 18.74 per cent stake in Titagarh Wagons, and along with promoter group, will hold an aggregate of 45.70 per cent stake in the company.

It has been noted that there will be no change in control of the target company (Titagarh Wagons) following the proposed acquisition, and pre and post-acquisition shareholding of the promoters in the firm will remain the same, Sebi said in its order.

The exemption has been granted subject to certain conditions, including compliance with provisions of Companies Act and other norms.