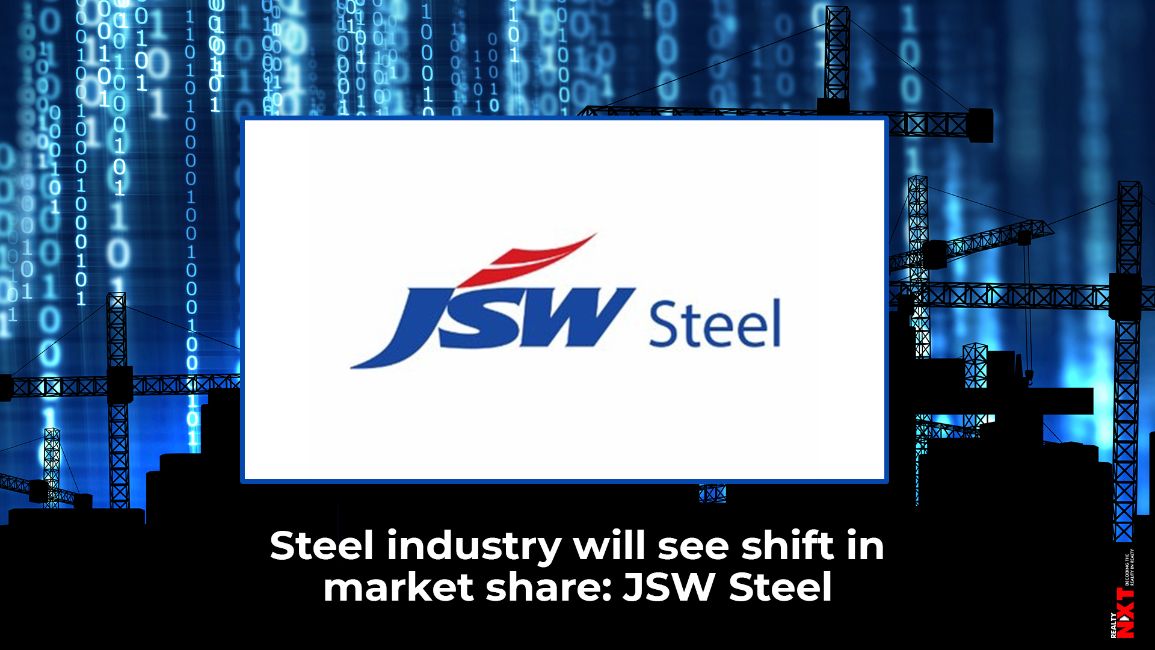 JSW Steel Ltd is the flagship company of the diversified $12 billion JSW Group which has a leading presence in sectors such as steel, energy, infrastructure, cement, sports, among others.

JSW Steel sees an opportunity as a market share shift takes place in the steel industry with the MSME and secondary producers not being able to ramp up in these challenging times.

“Whatever we are down in quarter one, we will be able to make up in the remaining three quarters,” he said.

Rao added that JSW has a history of delivering 4 million tons every quarter, repeatedly quarter after quarter. “Notwithstanding slow recovery in domestic demand, we are geared to deliver what we committed in the guidance,” he said. He said April was a washout for the company due to the Covid-19 lockdown.

JSW Steel Ltd is the flagship company of the diversified $12 billion JSW Group which has a leading presence in sectors such as steel, energy, infrastructure, cement, sports, among others.

Rao said that demand has been recovering month after month and while in April, it was 9 per cent of normal, it went up to 35 per cent in May and 55 per cent in June. “There is a steady improvement in demand and gradual recovery in demand will happen. If there is a shortfall in domestic demand, then it will be exported.”

JSW will close the proposed acquisitions of Asian Colour and Bhushan Power and Steel in the current financial year, Rao said. In the case of BPSL, three litigations are in the Supreme Court, which are crucial for the company’s plan.

On the domestic steel demand trends, he said that forecasts for Indian steel demand vary from a fall of 8 per cent to 18 per cent, which is a very wide range.

On the Covid-19 incident in the JSW site in Vijaynagar, Rao said the recovery rate is 80 per cent and other staff are also healthy and active. Around 700 cases were detected and the company took all preventive measures to ensure that the employees are safe and the plant also functions normally.

The number of employees critical for operating the plant were moved to the township and the factory was sealed and that’s how the spread of the infection was controlled, he added.

JSW has forecast an improvement in overseas operations in US and Italy from the next quarter.

On the trend of Indian companies buying overseas assets, Rao said that whichever companies have ventured outside India, there are very few examples that are successful.

He added that given the trend happening globally of supply chain realignment, it will give a huge scope for a quantum jump of the Indian growth story. He said there is opportunity in India itself and a lot of groups will refocus on India.

Rao added that the JSW is working hard to deliver the guidance for the fiscal. It expects to become profitable in the next nine months. The target is to complete the balance projects and acquisitions.

“This year is a year of consolidation. We see a lot of hope next year. JSW will add capacity to 25 million tons next year from 18 million tons currently. Backward integration of iron ore is planned next year. Next year, we will see growth. There are a lot of positives in next nine months and (we are) getting ready for the growth next year,” Rao said.