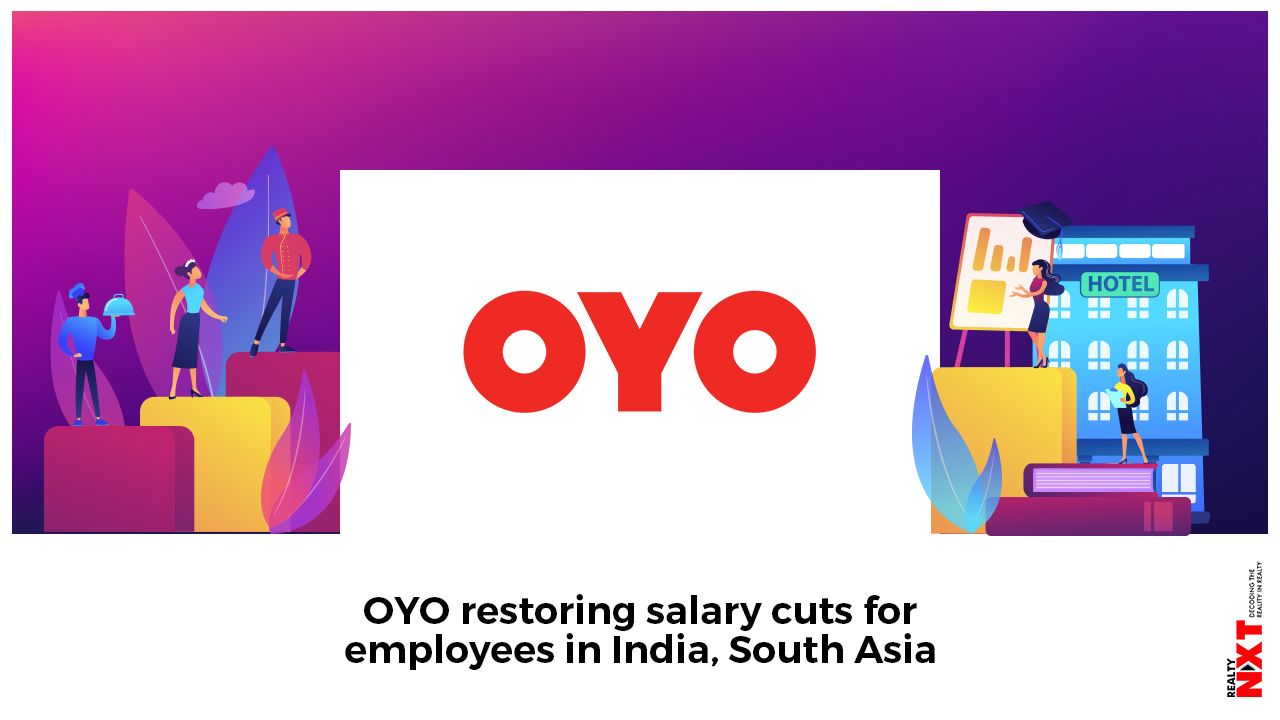 The spokesperson said 12.5 per cent of the total 25 per cent salary cut will be restored from October and the remaining 12.5 per cent from December 2020.

Hospitality firm OYO on Tuesday told its employees that it is restoring the full salaries of staffers in India and South Asia, a company spokesperson said.

Pay cuts for employees with fixed compensation of up to Rs 8 lakh have been reversed from August 1, while the rest will see restoration in a phased manner from October 2020, the spokesperson added.

The hospitality firm had on April 22 had asked some of its staff in India to go on leave with limited benefits from May 4 for four months. It also asked all employees in the country to accept a cut in their fixed salaries by 25 per cent effective for April-July 2020 payroll, due to the impact of COVID-19.

The spokesperson said 12.5 per cent of the total 25 per cent salary cut will be restored from October and the remaining 12.5 per cent from December 2020.

This was announced by OYO India and South Asia CEO Rohit Kapoor in a townhall meeting with the employees, the spokesperson said.

“We are grateful to all our OYOpreneurs for giving OYO a fighting chance to survive these tough times. The organisation respects your unwavering support for it in good as well as tough times,” the spokesperson quoted Kapoor as saying in the townhall meeting.

Kapoor also urged everyone to continue working together to bring the business back to pre-COVID levels.

When the pay cuts were announced in May, the company had said the action was planned in such a way that post the proposed pay cut, the fixed compensation for any employee is not less than Rs 5 lakh per annum. This ensured a large percentage of employees at lower pay scales saw no impact, OYO had said.