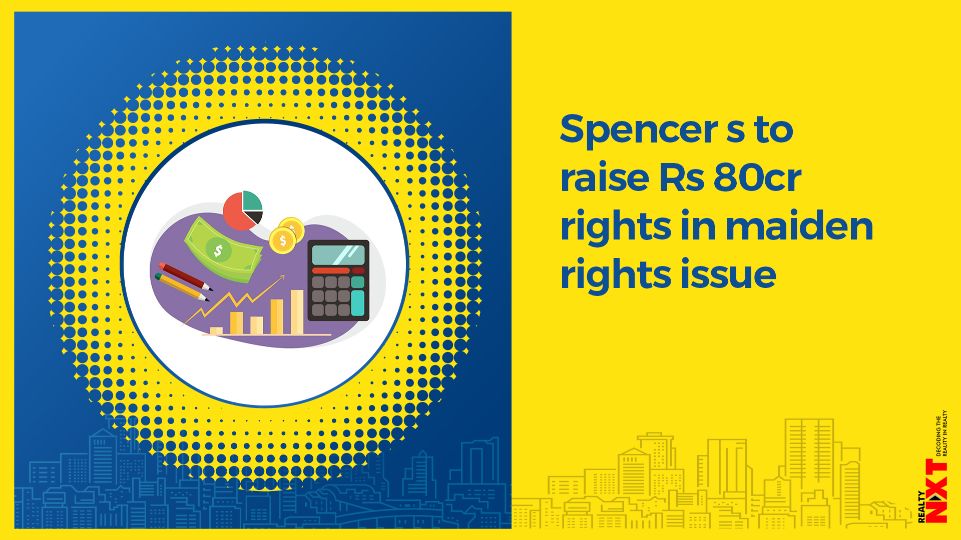 The rights entitlement ratio is 2:15, which means the company is offering two rights shares for every 15 shares held.

The maiden rights issue of Spencers Retail of Rs 80 crore to meet its working capital needs and other general purposes opened on Tuesday. The issue will close on August 18, company officials said.

The retailer is offering 1,06,04,563 rights equity shares of Rs 5 each at an issue price of Rs 75 per equity share, including premium of Rs 70. The rights entitlement ratio is 2:15, which means the company is offering two rights shares for every 15 shares held.

A rights issue is an offer to existing holders to purchase additional shares at a discounted price and is issued in proportion to their existing holding. The company operates 191 retail stores of various formats in 42 cities, including Nature’s Basket which it had acquired last fiscal. Its trading area is 14.60 lakh sq ft.

It has deepened its presence through brick-and-mortar stores in north, east, west and south India, along with an online presence in 17 Indian cities, the officials said. Spencers reported a net loss of Rs 57 crore and a total income of Rs 2,403 crore on a standalone basis in FY20, they said adding the business remained EBITDA-positive with around 4.6 per cent margin.

The company’s net consolidated debt stood at Rs 191.5 crore, the officials said. In its performance overview, Spencers has maintained that during FY21, it plans to expand its presence in existing clusters. This will also help the company leverage its back end capabilities and optimise marketing costs. The company will also focus on increasing its non-food business revenues, the officials said.

In FY20, Spencers acquired Nature’s Basket which gave it an entry into Mumbai and the western part of India.

ALSO READ: India Is A Home To 21 Startups With Over $1 Billion In Valuation: Study