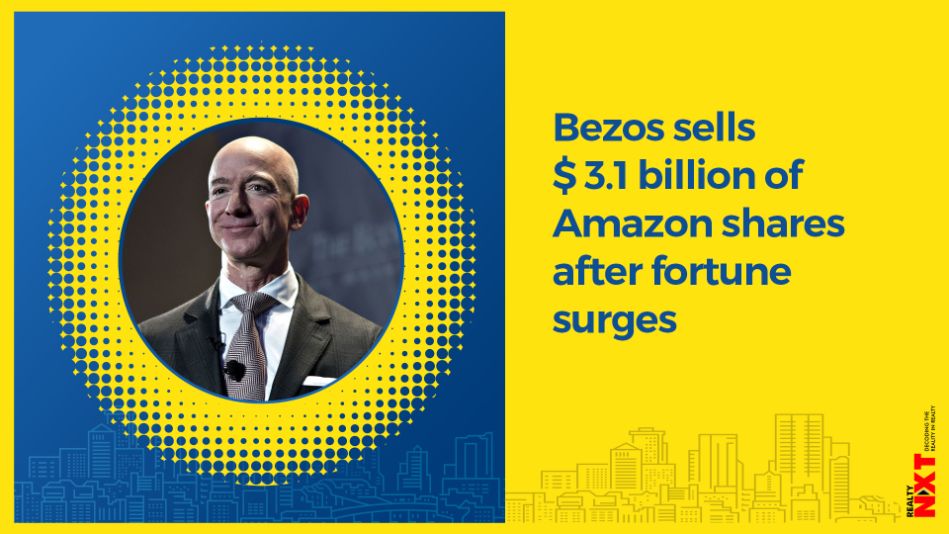 He still holds more than 54 million shares and is worth $189.8 billion.

The numbers are eye-popping: 1 million Amazon.com Inc. shares offloaded for more than $3.1 billion. And yet for the seller, Jeff Bezos, it barely puts a dent in his stake in the e-commerce giant.

The disposals, disclosed Wednesday in Securities and Exchange Commission filings, adds to a $4.1 billion sale earlier this year. The proceeds are a fraction of the amount that Bezos’s holdings have increased this year as the Covid-19 pandemic forced people to stay at home and created a surge in demand for Amazon’s e-commerce services.

For Bezos, 56, this year has been a reversal from years of relative restraint in reducing his stake in Amazon. He still holds more than 54 million shares and is worth $189.8 billion. His net worth has surged by $74.9 billion this year with Amazon stock rising 73 per cent.

The spectacular gains for Bezos and other titans in his industry have put Big Tech under increased scrutiny. Bezos testified before Congress last month along with the chief executives of Facebook Inc., Apple Inc. and Alphabet Inc. to defend their power and influence. It’s also highlighting widening income inequality with the U.S. economy entering its worst economic downturn since the Great Depression.

“In the 19th century, we had the Robber Barons. In the 21st century, we’ve got the ‘Cyber Barons,’” Representative Jamie Raskin, a Maryland Democrat, told the CEOs at the July 29 hearing. “And we want to make sure that the extraordinary power and wealth that you’ve been able to amass is not used against the interests of democracy and human rights around the world and not against the free market at home.”

In his opening statement before Congress, Bezos, who was born to a single mother and adopted by his Cuban-immigrant father when he was four, referenced his humble upbringing: ”I was born into great wealth, not monetary wealth, but as said the wealth of a loving family, a family that fostered my curiosity and encouraged me to dream big.”

The biggest hit to Bezos’s wealth was his divorce last year. His ex-wife MacKenzie Scott received a 4 per cent stake in Amazon as part of the split. Scott, now worth $61.6 billion, is the 13th-richest person in the world.

Scott, 50, recently donated about $1.7 billion to several causes including racial equity, climate change and public health. The novelist has pledged to give away a majority of her wealth.

Many of the world’s wealthiest people have become richer in 2020, but Bezos is pulling far ahead of the pack. He is $70 billion wealthier than Microsoft Corp. co-founder Bill Gates, the second richest man in the world.

Bezos is now on the cusp of another record: a fortune exceeding $200 billion.