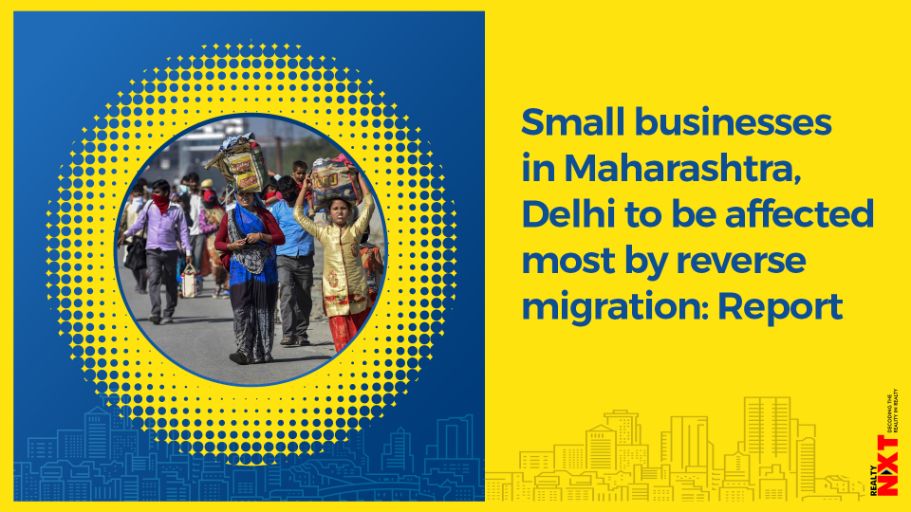 With the process of unlocking getting started, the agency said hopes are pinned on the revival in the economic activity.

Rising cases of COVID-19 and subsequent lockdowns are deterring migrant labourers from returning to their workplaces and will impact small businesses the most, particularly in Maharashtra and Delhi, a report said on Wednesday.

Despite the labour shortage accelerating a shift to automation, entities in the manufacturing sector will be facing headwinds in the near term like low capacity utilisation, higher production cost; and hence, a contraction in profit margins, India Ratings and Research said.

Desperation led lakhs of people living in cities to return to their villages in the initial days of the total lockdown in March and April this year, in a reverse migration, as their livelihoods had disappeared and living in the city entailed huge costs, it noted.

With the process of unlocking getting started, the agency said hopes are pinned on the revival in the economic activity.

“The recent surge in COVID-19 positive cases and subsequent lockdown imposed by various states are preventing the return of migrant labourers to their workplace, though such measures are necessary to control the outbreak,” it said.

The manufacturing sector will be at the forefront of the disruption particularly micro, small and medium enterprises in Maharashtra and Delhi, it added.

The agency said it assessed the dynamics and impact of reverse migration triggered by the pandemic on Indian states and sectors.

Maharashtra, Delhi, Haryana, West Bengal and Gujarat are the top five migrants receiving states and the analysis pointed out that industrial units in Delhi and Haryana are highly vulnerable to reverse migration while Maharashtra Gujarat were the least vulnerable.

Manufacturing will be among the sectors bearing the brunt, it said, pointing that it employs 60 lakh inter-state migrants. The unavailability of skilled labourers, who have moved back to their respective states, has led to significant pressure on the output, leading to underutilised capacity.

“In fact, some micro, small and medium enterprises witnessing some demand recovery from exports are operationally challenged due to the labour shortage,” it said.

An increase in manufacturing cost is led by either loss of economies of scale or higher wages of workers, as demand exceeds supply. This will, in turn, impact the margins for such companies in Q2FY21, it said.

Construction has a higher dependency on intra-state migrants but even as movements within a state are possible, the dented real estate demand and subsequent hit to construction activity will have an impact on labour.