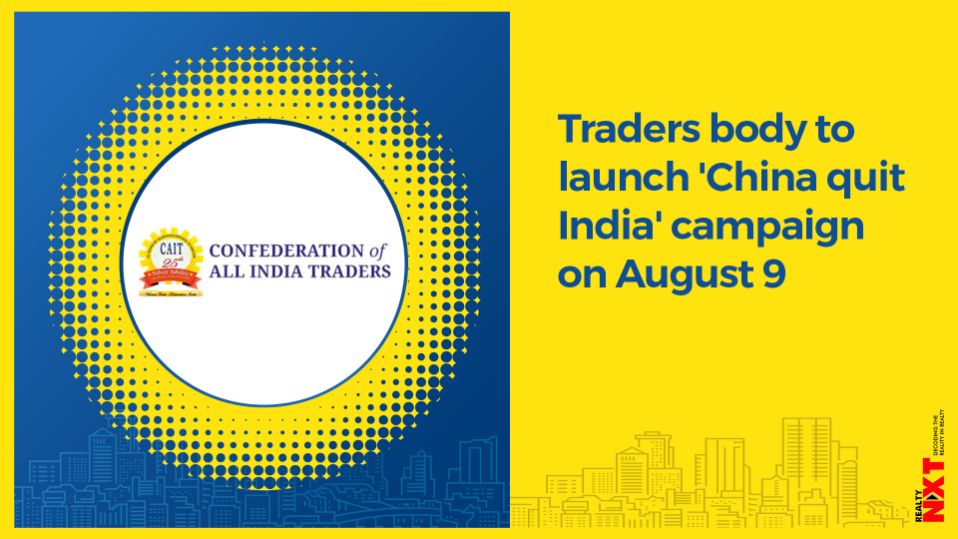 Traders’ body CAIT on Thursday said it will launch ‘China quit India’ campaign on August 9 as part of its call for the boycott of Chinese products in the country.

The drive will be held in around 600 cities of the country under the banner of the Confederation of All India Traders (CAIT), which has 40,000 trade associations and seven crore members across India as members, CAIT said in a statement.

“The campaign ‘China Quit India’ will be held under our mission ‘Bharatiya Saamaan – Humara Abhimaan’ (Indian Goods, Our Pride),” Sushil Kumar Jain, the convenor of the CAIT’s NCR unit, said.

“Under the campaign, the government will be urged to immediately ban Chinese company Huawei from rolling out the 5G network and also order exit of Chinese companies that have invested in Indian startups and provide necessary financial assistance to such startups,” he said.

“The way China has occupied the retail market of India through its products in the last 20 years under a long strategic planning and also the changed circumstances, it is very important to liberate the country’s retail market from Chinese products and create a self-reliant Indian market and to reduce country’s dependence on China,” according to the statement.

The traders’ body said it had called for a complete boycott of Chinese products during Raksha Bandhan and claimed that the move dealt a Rs 4,000 crore blow to China during the festival.

“It is clear from the fact that if the people of the country take a resolution and boycott Chinese goods, then India’s business can get independence from China very soon and 7 crore traders of the country under the leadership of CAIT have taken this resolution firmly,” Jain said.