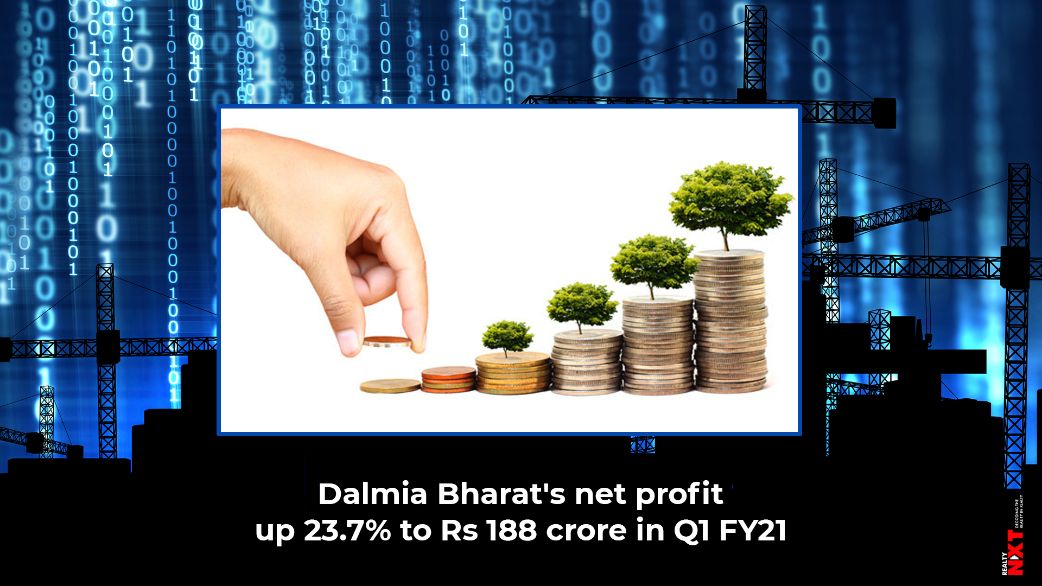 Revenue from operations declined 22.19 per cent to Rs 1,974 crore during the quarter under review as against Rs 2,537 crore in the corresponding quarter of the previous fiscal.

Cement maker Dalmia Bharat Ltd on Thursday reported a 23.68 per cent increase in consolidated net profit at Rs 188 crore for the first quarter ended June 2020, driven by price increase and cost optimisation. The company had posted a net profit of Rs 152 crore during April-June quarter in the previous fiscal, Dalmia Bharat said in a regulatory filing.

Revenue from operations declined 22.19 per cent to Rs 1,974 crore during the quarter under review as against Rs 2,537 crore in the corresponding quarter of the previous fiscal.

“Despite the challenges posed by COVID, the company once again delivered a strong performance and achieved an EBITDA of Rs 1,675/tonne during this quarter,” Dalmia Bharat said in an earnings statement.

“The same is the highest ever EBITDA achieved by the company and is an outcome of a combination of price increases in our operating regions and our sustained sharp focus on cost optimisation, both variable and fixed,” it added.

“The volume de-growth was only on account of complete lockdown in April and there being no production activity at all.

“However, after the resumption of operations at end of April, there was an immediate pickup in cement demand from pending infra projects and individual home building segment, especially in East India,” the company said,

The pick up in demand in rural areas was stronger than that in urban areas.

“The next quarter will be impacted by the monsoon, one can expect some weakness in prices in the next few months,” Dalmia Bharat said.

On outlook, the company said it may take some time for the broader economy to pick up.

“We anticipate that the cement industry could witness an improvement in demand from second half of this financial year,” it said.