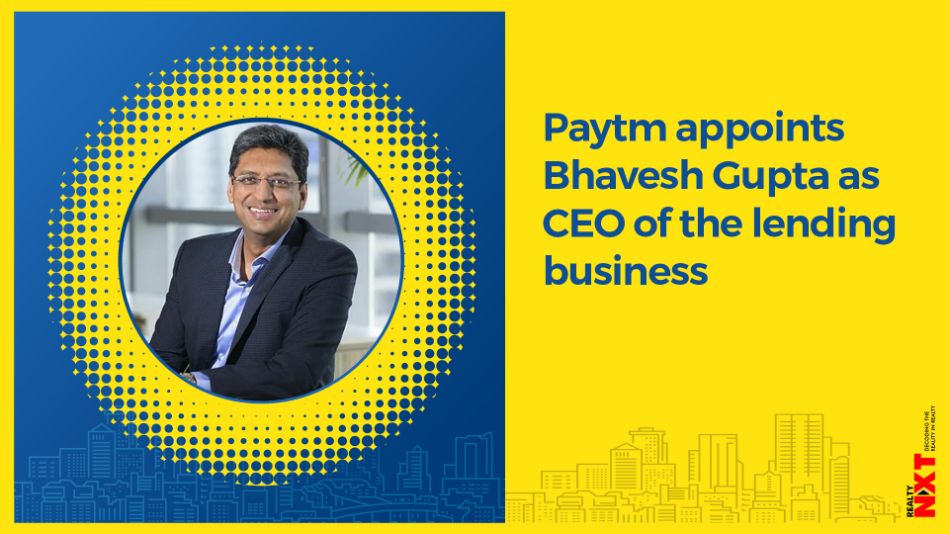 Gupta will develop and expand Paytm’s lending services to strengthen the company’s vision of financial inclusion for 500 million Indians, a statement said.

Fintech major Paytm on Thursday said it has appointed Bhavesh Gupta as the chief executive officer of its lending business.

Gupta will develop and expand Paytm’s lending services to strengthen the company’s vision of financial inclusion for 500 million Indians, a statement said.

Under his leadership, the company will continue to simplify, innovate, and bring new credit products to millions of Indians and SMEs (Small and medium enterprises) in partnerships with other banks and NBFCs (non-banking financial companies), it added.

He will report to Paytm President Amit Nayyar.

Prior to that, he was founding member and head – SME and Business Banking at IDFC First Bank and has also spent more than a decade at ICICI Bank where he played a senior role across retail banking.

“Paytm is on a mission to democratise diversified financial services in the country and access to credit for consumers and small businesses is a critical enabler to fulfil their ambitions and wishes.

“We are very excited to welcome Bhavesh, whose experience would help us accelerate our goals. I look forward to working closely with him to expand our lending business further along with our esteemed banks and NBFC partners,” Paytm President Amit Nayyar said.