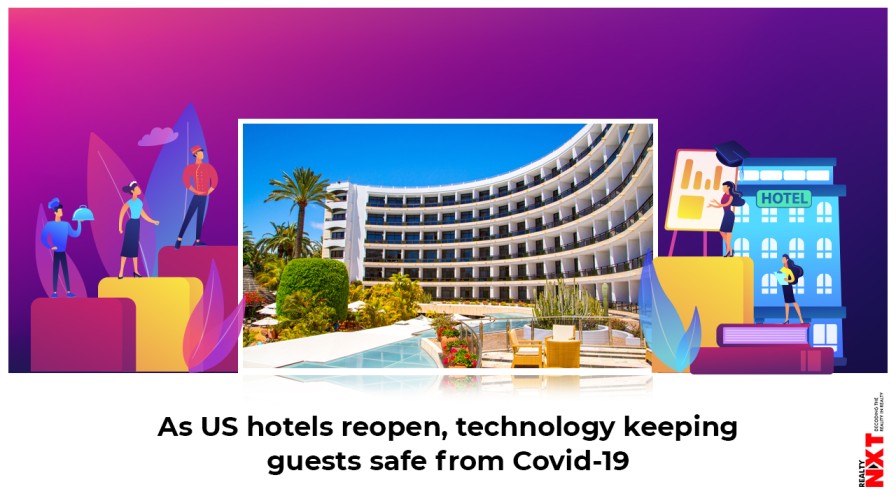 According to data analytics firm STR, US hotel occupancy collapsed from about 60 per cent in February to roughly 22 per cent in April. It has since recovered some, ending the week of July 25 at about 48 per cent.

Digital room keys and voice-activated digital assistants are some of the key automation and fast-tracking technologies that US hotel companies are relying on to minimise contact between guests and hotel staff amid the coronavirus pandemic.

According to The Wall Street Journal, such initiatives to double on technology-based services, overseen by information technology executives, are to help hotels revive from what has been a dire season, with steep declines in occupancy, staff layoffs and fear among some guests of contracting the virus.

“Without technology, there is no way those companies recover fully,” said Les Ottolenghi, who was chief information officer at Caesars Entertainment Corp until November last year.

According to data analytics firm STR, US hotel occupancy collapsed from about 60 per cent in February to roughly 22 per cent in April. It has since recovered some, ending the week of July 25 at about 48 per cent.

However, no matter how the recovery percentage is being increased, the sense of security and safety that the guests feel is to be considered as the priority after the global gloom brought in by the virus.

Darren Clark, vice president of technology at West Hollywood, California-based Viceroy Hotel Group, said that his role has expanded to include overseeing the use of cleaning technologies such as electrostatic sprayers, as per The Wall Street Journal.

The sprayers used to clean rooms at many locations deliver an electric charge to a disinfectant to help the minuscule droplets adhere to surfaces.

Apart from focusing on cleaning technologies, Clark is also working to reduce physical touchpoints in the rooms by rolling out voice-activated digital assistants such as Amazon.com Inc’s Alexa.

“It gives guests peace of mind,” he said, as the guests can use the AI-based devices to control the lighting and operate the television while avoiding touching light switches and remote controls. Moreover, guests can also ask the digital assistant for extra towels or request a late checkout.

While, guests who do not feel comfortable interacting with staff at many MGM Resorts International hotels in the US can process payment, verify their identity and obtain a digital room key through a mobile application on their phone.

The technology, built by in-house software engineers, became available for guests at more than a dozen US locations that started reopening in June.

“Technology is at the core of almost every element of the customer experience as we reopen,” said Atif Rafiq, president of commercial and growth at Las Vegas-based MGM Resorts International, who oversees the technology division.

Rafiq said it is the surge in COVID-19 cases that lead to making plans to bring the technology to other locations in the US in about six to nine months.

John Edwards, chief information officer at the Denver-based company, which is also known as Red Lion Hotels Corp said, “The reality is the pandemic has impacted all of our staffing levels and budgets and forecasts.”

The company is developing software built by in-house employees to automate the way invoices are generated.

At RLH, “We have prioritised anything that has to do with automation,” Edwards said.

They are also using artificial intelligence-based software built by cloud communications firm BluIP Inc, based in Las Vegas, to answer questions from hotel customers via phones, such as those related to check-in time, restaurant hours and directions to the hotel.