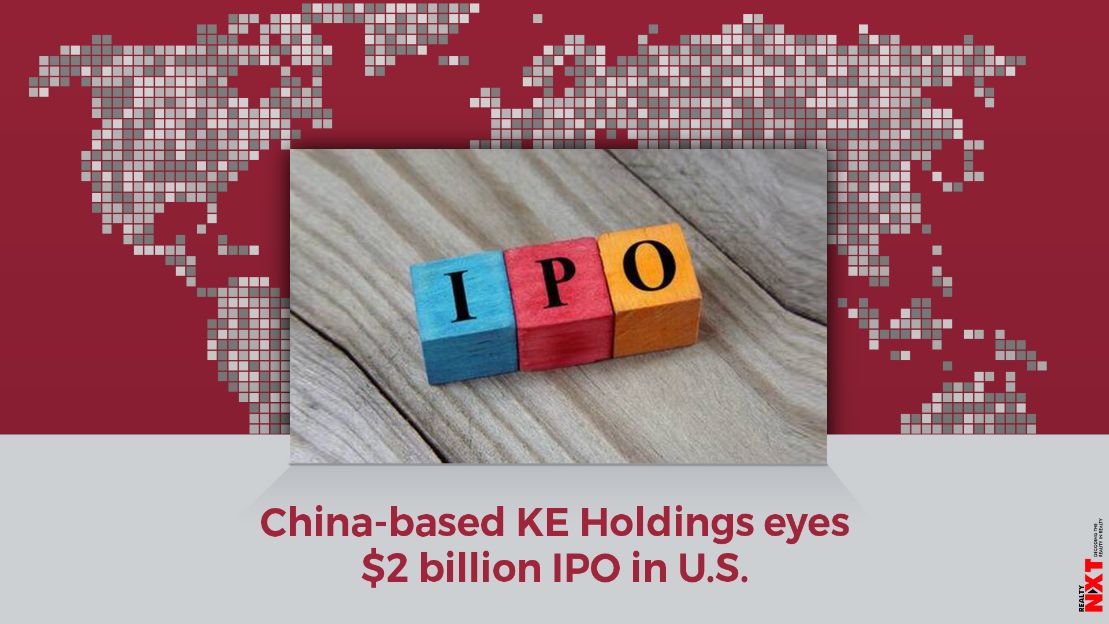 KE HoldingsInc, a China-based real estate services provider backed by Tencent, said on Friday it will aim to raise up to $2 billion in its U.S. initial public offering.

The company, which owns real estate brokerage brand Lianjia and housing transactions platform Beike, said it would offer 106 million American depositary shares (ADS), priced between $17 and $19 a piece, and will list on the NYSE under the symbol “BEKE”.

KE Holdings said the COVID-19 pandemic had hurt its business, as agents were forced to stay at home and stores across China were closed, but business recovered during the second quarter, leading to a 39% rise in revenue for the first half of the year.

“People are increasingly demanding higher standards of living condition, and the demand is further strengthened by the COVID-19 pandemic,” its founder Zuo Hui said in a filing.

The IPO comes at a time when Nasdaq has tightened its listings rules with an eye on curbing IPOs of Chinese companies that are closely held by insiders and are not transparent about their accounting.

KE Holdings said Tencent, private equity firm Hillhouse Capital, Sequoia Capital and Fidelity International and others have planned to invest a total of at least $800 million.

Goldman Sachs, Morgan Stanley, China Renaissance, J.P. Morgan and CICC are among underwriters for the IPO.