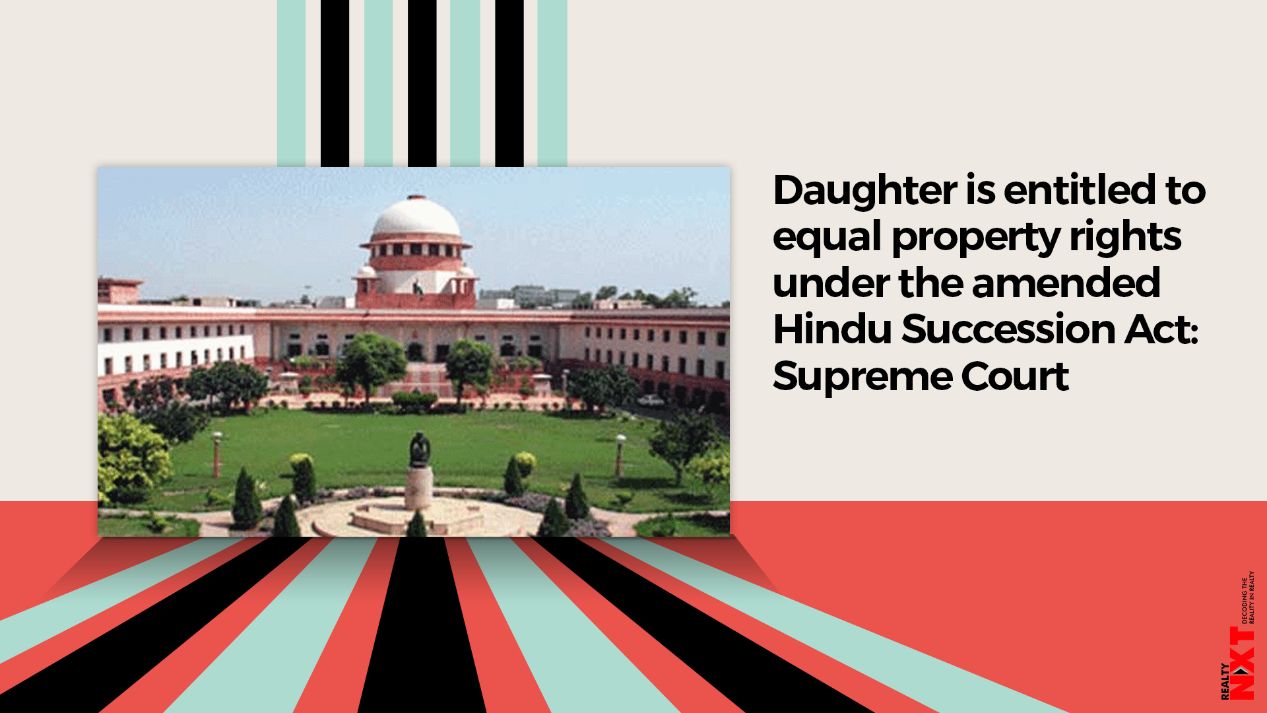 In 2018, the Supreme Court has re-affirmed that a daughter of a coparcener shall by birth become a coparcener in her own right in the same manner as the son.

The Supreme Court on July 11 said that a daughter is entitled to equal property rights under the amended Hindu Succession Act.

The apex court in its ruling added that daughters will have the right over parental property even if the co-parcener had died prior to the coming into force of the Hindu Succession (Amendment) Act, 2005.

According to a report in Live Law, a three judge bench that comprised Justice Arun Mishra, S Abdul Nazeer and MR Shah pronounced the judgment in a batch of appeals that raised an important legal issue whether the Hindu Succession (Amendment).

In 2018, the Supreme Court has re-affirmed that a daughter of a coparcener shall by birth become a coparcener in her own right in the same manner as the son.

Last year, in a landmark judgment that will benefit millions of women and their children, the Supreme Court has held that a 2005 law that made the daughters equal to the sons in claiming right in their father’s property will have retrospective effect in case of daughters born prior to the law coming into force on September 9, 2005.

The 2005 amendment to the Hindu Succession Act did not provide its retrospective operation. A Bench of Justices A K Sikri and Ashok Bhushan ruled that “sons and daughters of a coparcener become coparceners by virtue of birth” and as such the amendment gives all Hindu women, irrespective of birth date, share in father’s property.

The case relates to one Gurulingappa Savadi, who died in 2001, leaving behind his two sons, two daughters and a widow. A year later, his grandson filed a suit for partition of the family property, leaving out his two aunts, i.e. daughters of late Savadi.

The aunts went to court seeking their share in father’s property. The trial court’s decision came on August 9, 2007, almost two years after the Hindu Succession Act, 1958, was amended. Confusion prevailed on this subject in the past as a full Bench of the Bombay High Court held that the daughters born prior to the date when the law was amended will not have any part in their father’s property. The High Courts of Delhi, Orissa and Karnataka took a different view, holding that daughter born prior to the amendment but who are alive on the date when the amendment came into force will be equally entitled as sons to the share in father’s property.