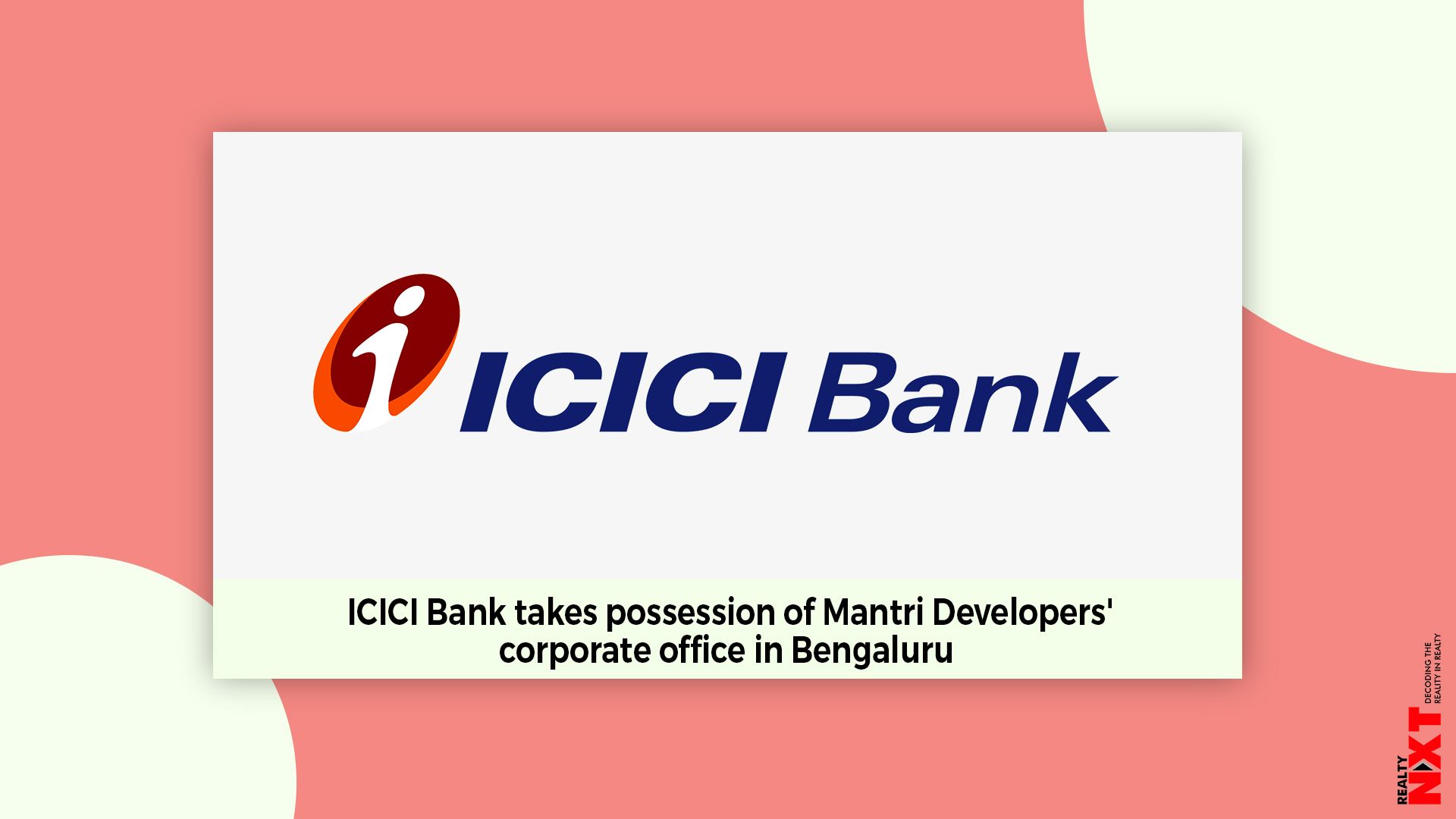 A Mantri spokesperson said the project, against which ICICI Bank lent, has got sufficient cash flow to repay loan obligations.

ICICI Bank has taken possession of the corporate office of Mantri Developers in Bengaluru’s Vittal Mallya Road, due to non-payment of dues. In a newspaper advertisement on Saturday, the bank has informed that it has taken possession of Mantri House, spread across 30,268 sq ft of built-up area under the the Securitisation and Reconstruction of Financial Assets and Enforcement of Security Interest Act (SARFESI).

According to the notice, the bank had issued a demand notice last November to the borrower Shore Dwellings Pvt Ltd (formerly known as Mantri Dwellings Pvt Ltd) to repay around ₹53.62 crore within sixty days. Having failed to repay the amount, ICICI Bank has taken possession of the property on 4 August.

A Mantri spokesperson said the project, against which ICICI Bank lent, has got sufficient cash flow to repay loan obligations.

“Due to current recessionary trend in real estate business, sales couldn’t happen as per projections given at the time of loan sanctioned, hence bank expressed their inability to release funds from balance undrawn  ₹70 crore limit and classified account as NPA and subsequently issued the possession notice. The company is engaged with ICICI Bank seeking re-scheduling of loan and will find suitable resolution for the same,” the spokesperson said.

In a similar move, last month, private sector lender Yes bank Ltd took possession of Reliance Centre, the headquarter building of Anil Dhirubhai Ambani Group (ADAG) in Mumbai. under SARFESI, after the Anil Ambani group failed to repay dues worth  ₹2,892 crore that it owes to the bank.

Sushil Mantri-led Mantri Developers has multiple projects in Bengaluru. However, in the past two years some of its projects ran into trouble due to delays in construction and delivery to the buyers, a National Green Tribunal (NGT) order among other things.

Earlier this year, it was reported that developers Prestige Estates Pvt Ltd and RMZ Corp have are in talks to jointly buy Mantri’s project in Bengaluru for about  ₹1,500 crore.

The project had been stalled due to the NGT decision, which ordered Mantri to pay a fine of  ₹117 crore for encroaching on an adjacent lake and destroying ecologically sensitive wetlands.