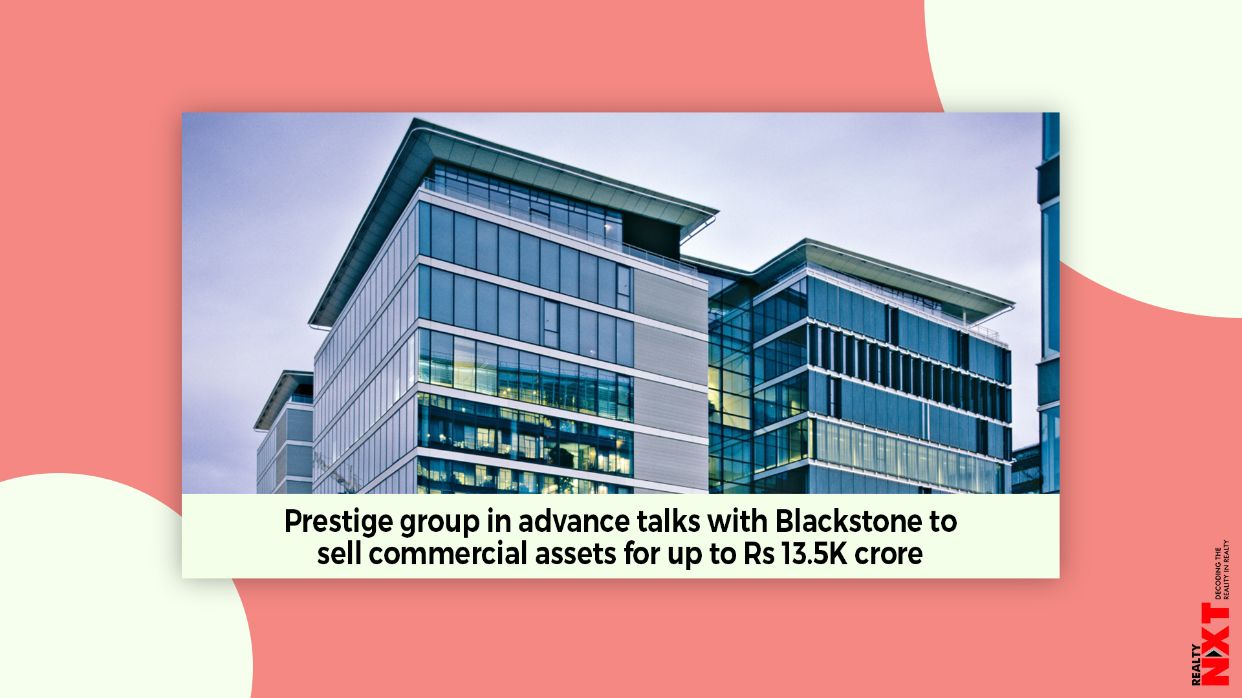 The Prestige group may also sell 50 percent stake in about 3-4 million of office projects under construction, they added.

Leading realty firm Prestige group is in advance discussion with global investment firm Blackstone to sell its various commercial assets for an estimated Rs 12,000-13,500 crore as part of its strategy to clear debt and achieve future growth, sources told.

The big-ticket deal is likely to be concluded during this quarter.

The Prestige group may also sell 50 percent stake in about 3-4 million of office projects under construction, they added.

Another person famillar with the matter told that the portfolio size is 16 million sq.ft. of office parks, nine malls and two hotels valued at around US$ 1.6-1.8 billion. The term sheet has been signed between the two parties and deal is likely to be concluded in the current quarter.

These assets are located in Bengaluru, Chennai and Hyderabad.

Prestige Estates, which is a listed entity, will utilise the proceeds from this proposed transaction to clear its debt that currently stands at over Rs 8,000 crore. It will also focus on the development of over 30 million sq ft of commercial portfolio for future growth of the company.

The big-ticket deal between the Prestige group and Blackstone, if concluded successfully, will be the largest ever in terms of valuation. DLF had few years ago sold 33.33 percent stake in its commercial portfolio to Singapore sovereign wealth fund GIC for Rs 9,000 crore.